The decision Friday marks the first time a New York court has ruled that minimum-income policies for people with full-rent subsidies violate city and state laws, said Housing Works senior attorney Armen Merjian, who represented the family trying to get into the Parkchester housing complex.

A 12,000-unit Bronx housing complex could soon open to homeless applicants with city-issued rental vouchers after a state judge on Friday ordered the owner to accept a family it had locked out by “irrational” and discriminatory income eligibility rules.

Manhattan Supreme Court Justice Richard Latin sided with a 34-year-old mother of two who sued the owners of Parkchester in the eastern Bronx after she was denied an apartment because she did not earn at least $62,000 a year, even though the CityFHEPS voucher she received from the Department of Social Services (DSS) would cover the full rent. The woman, who has been sleeping on the floor of a friend’s one-bedroom Parkchester apartment with her 1- and 5-year-old children, said an income that high would have made her ineligible for a voucher in the first place.

It is a violation of the city’s human rights law for landlords to deny apartments to applicants because they use government subsidies to pay their rent. The practice, known as Source of Income (SOI) discrimination, is one of the most common forms of housing discrimination in the city, though rarely enforced. The decision Friday marks the first time a New York court has ruled that minimum-income policies for people with full-rent subsidies violate city and state laws, said Housing Works senior attorney Armen Merjian, who represented the family trying to get into Parkchester.

“This decision echoes what every other court and human rights commission to examine this issue has said, which is that it is illegal to impose a minimum income requirement upon those with a full voucher and thus no rent share,” Merjian said.

On Friday, Latin ordered Parkchester to process the woman’s application and either give her an apartment or place her on a waitlist if a unit was not available. “This is exactly the type of case that injunctive relief is meant for,” he wrote. “The brutality of homelessness is too great a risk.”

Latin’s decision came after a Thursday hearing in which he twice slammed Parkchester’s minimum income rule as a “Catch-22” for poor applicants with rent subsidies.

“If the plaintiff was making $62,000, she wouldn’t be eligible to get a voucher that will pay the entire rent,” Latin said. In court papers and at the hearing, Parkchester’s attorney contended that the development’s management company uses the same requirement regardless of an applicant’s source of income.

“There’s a huge homelessness problem in New York City. How can you cut these people out completely?” Latin said in response at Thursday’s hearing. “How could we ever fix that problem using your uniform method for everybody?”

The judge questioned why the company would force an applicant with a full housing voucher to earn a multiplier of the annual rent if the city covers the entire cost, and suggested that Parkchester uses more onerous rules for voucher holders than for applicants without subsidies. Parkchester’s “refusal to accept her housing subsidy…is the cause of her homelessness,” he wrote.

Parkchester Preservation Management, which manages about half of the rentals in the 12,000-unit complex, did not return an email or phone calls seeking comment on the decision Friday. This story will be updated if they respond.

Parkchester first opened in 1940 as a whites-only community but has evolved under new owners into a diverse, mixed income neighborhood with 6,300 rental units located blocks from the 6 Train. The planned community features an elementary school, a grocery store, restaurants, a Macy’s and well-maintained parks with live outdoor performances.

The 6,000 or so rental apartments owned by Parkchester Preservation Company and managed by its affiliate Parkchester Preservation Management are priced at relatively affordable rates, allowing working class New Yorkers to move in, raise families or retire. The woman who sued the company said she spent her teen years in Parkchester, where her parents still live, and has enrolled her son in the local school.

“The community is a home to me and the place in which I want to stay and raise my children,” the woman wrote to the court. “I am desperate to secure a home for myself and my children.”

For years, however, Parkchester failed to accept a single applicant with a rental assistance voucher issued by the Department of Social Services (DSS), including families in homeless shelters, a top city official wrote in court papers.

“That is particularly striking because Parkchester’s units fall well below the monthly rent cap for CityFHEPS vouchers,” wrote Sara Zuiderveen, a senior advisor for housing and homelessness at DSS. Parkchester’s website lists one-bedroom apartments starting at $1,525 and two-bedrooms starting at $1,725, lower even than CityFHEPS voucher values prior to a 2021 increase.

Three tenants in Parkchester’s roughly 6,300 units do have CityFHEPS vouchers, Zuiderveen added, but each received the subsidy only after moving into the complex. Low-income New Yorkers can receive a CityFHEPS voucher if they are at-risk of eviction.

The “irrational policy” of imposing minimum income requirements on voucher recipients “flies in the face of the City’s goal of ensuring that people who need and can pay for housing with government assistance are, in fact, able to move in and live in that housing,” she said.

Latin repeated the “irrational policy” phrase in his ruling.

The plaintiff in the case had a CityFHEPS voucher worth $2,217 per month, enough to cover the $2,100 rent at Parkchester.

She initially applied for an apartment online in April and indicated that she could cover the rent with the voucher. When she called to follow up with Parkchester management, an agent told her that her application was denied because the company requires applicants to show an income of $62,000 or find a guarantor with an income of $124,000, according to the complaint.

In court papers, she said the minimum income rule posed “an impossible requirement.” To qualify for a CityFHEPS voucher, recipients must earn less than 200 percent of the federal poverty level—around $46,000 for a family of three.

In June, she again applied for an apartment at Parkchester, this time with a voucher worth more than $2,500. Within minutes, she received a denial notice, according to court documents.

“Both the city and the state Human Rights Commissions have made it abundantly clear that this very policy is illegal, that you cannot reject an applicant with a full housing voucher based on minimum income requirements,” Merjian told the judge Thursday.

An official from the city’s Commission on Human Rights (CCHR), which is also suing Parkchester, observed the proceedings.

In response to the lawsuit, Parkchester submitted a memo to the court arguing that the “minimum income requirement is uniformly applied to all applicants, regardless of source of income” and that they are “entitled to evaluate the financial qualifications for its applicants so as to ensure they will be good tenants.”

Parkchester attorney Jared Newman told Latin that the company is “very sensitive to the homelessness problem” but said other financial obligations could arise that would demand additional payment.

“They have this minimum income requirement [because] there are programmatic rules that are unrelated to the defendant,” Newman said.

Latin dismissed that argument in his ruling, stating that the company did not adequately explain those additional payments and that the city pays a security deposit on behalf of voucher-recipients.

The ruling could have broad implications in New York City, where real estate firms frequently cite minimum-income requirements when denying applicants with housing vouchers that pay their entire rent.

Agents, brokers and landlords also often steer applicants with vouchers away from certain rentals, flat-out reject them or stop taking their calls—a practice known as “ghosting.” Source of income discrimination accounts for more fair housing complaints in New York City than any other illegal practice, according to annual CCHR reports.

Nevertheless, as City Limits has documented, the enforcement units tasked with cracking down on such discrimination have shed staffers in recent years. CCHR’s Source of Income Unit lost its last full-time attorney in April and Mayor Eric Adams has pledged to shift six enforcement positions from DSS to CCHR.

The two agencies have prioritized rapid intervention, with staffers fielding complaints from voucher holders and then calling the alleged offender to remind them that source of income discrimination is illegal. The staffers instruct the owner or agent to lease the apartment to the applicant or risk legal action.

Many fair housing advocates have instead urged the city to crack down on owners and agents who discriminate against voucher-holders with lawsuits and penalties that discourage others.

“New York City must be tough on real estate crime,” said Housing Rights Initaitive President Aaron Carr at a May press conference announcing an earlier lawsuit against firms accused of SOI discrimination. “The best city in the country shouldn’t have the worst homelessness crisis in the country.”

With homelessness on the rise, the court decision could open doors at Parkchester to families in shelter or otherwise unhoused. On a sunny Friday morning, existing Parkchester residents hailed the well-kept grounds and the access to shopping, school and transportation.

“I’ve been a lot of places in my life and Parkchester has the best environment,” said author Barry D. Wade, who moved to the neighborhood in 2014. “It is a beautiful community within the heart of the Bronx.”

Retired nurse Norma Rodriguez, 80, sat on a tree-shaded bench across from a fountain and pointed out a stage set up for live entertainment and a police officer patrolling the park.

“I love it here,” Rodriguez said. “The super markets are clean. They’re good. The stores are wonderful. The buses. We have everything in Parkchester.” 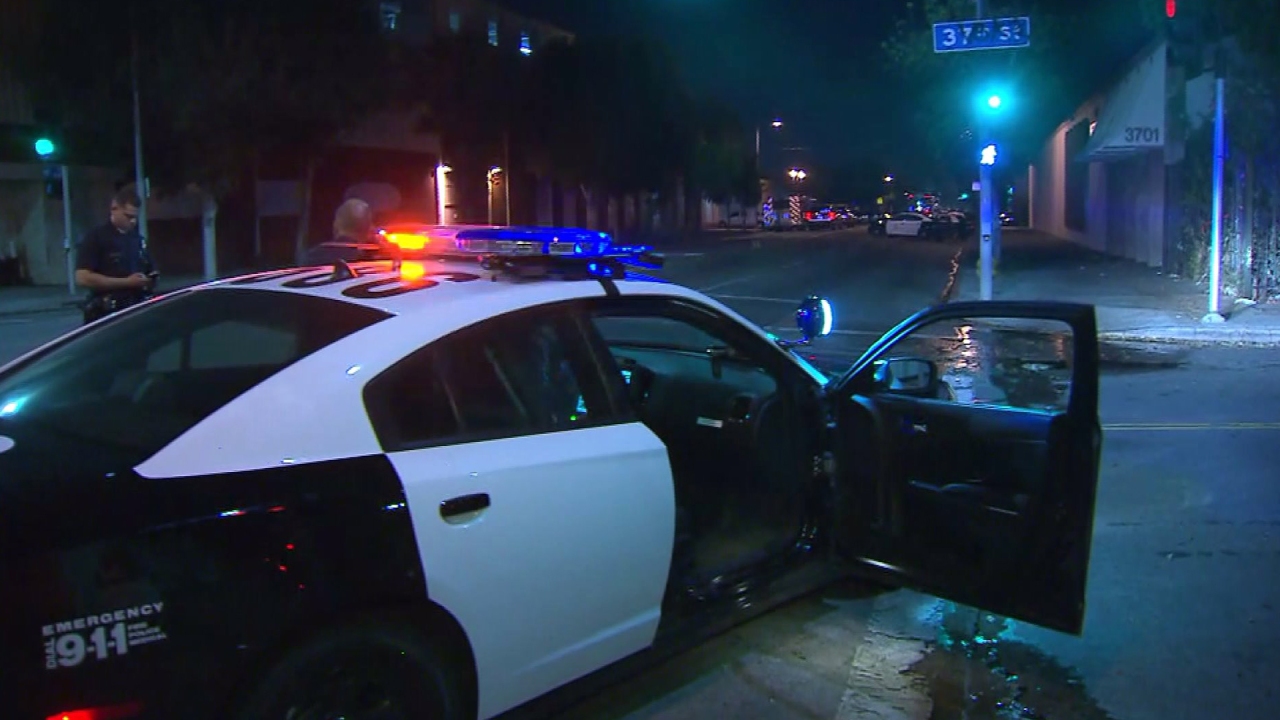 Police are looking for a person who barricaded himself in a Sun Valley home Thursday night after at least one{...} 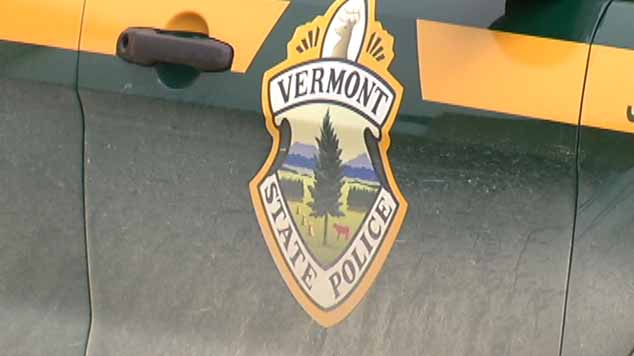 WOODFORD, Vt. (NEWS10) – A teenage motorcyclist has been hospitalized after police say he drove into an active work area{...}

A high school student was shot in the head during driver’s education class Thursday afternoon on the Far South Side,{...}