15 of the best things to do in Birmingham

Birmingham: it’s either undiscovered or underrated. This former industrial powerhouse in the West Midlands is one of Britain’s most culturally influential hubs and with the 2022 Commonwealth Games shining a light on the city it’s only going to become stronger. From Gas Street Basin to Bournville and back, Birmingham has recreational canals, unrivalled chocolate, Lord of the Rings landscapes, world-class sporting venues, more green space than any other European city and a dish that’s been done the world over, but never better than here.

Overlooked region? Not any more. Accent jokes? Not here, bab. Welcome to Birmingham, the UK’s proud second city. Here’s what you shouldn’t miss.

All products and brands mentioned in this article are selected by our writers and editors based on first-hand experience or customer feedback. We feature properties from a specially selected list of trusted operators who are of a standard that we believe our readers expect. This article contains links which are ads and if you click on a link and buy a product we will earn revenue. These links are signposted with an asterisk. The revenue generated will help us to support the content of this website and to continue to invest in our award-winning journalism.

Speak to any Brummie and they’ll gush about Birmingham having more miles of canal than Venice, so why not kayak its once-bustling industrial canals? Thanks to a partnership between the National Trust and the Canal & River Trust, one of the city’s most well-known buildings has been brought back to life as a discovery centre for locals and visitors, and as a starting point for tours by foot, bike and on water. Two regular kayak tours depart from the Roundhouse; take in the city centre’s most prominent sights including Gas Street Basin, or opt for a tranquil wildlife tour on the outskirts.

There’s no time like the present to visit Birmingham Museum & Art Gallery. Following a two-year closure the world-renowned museum and gallery is back open with a local twist: the reigns have been handed over to local creatives. Here you’ll find exhibitions with Birmingham and the wider region at its heart, with other top museums in the city including the brand new West Midlands Police Museum, opened off the back of Peaky Blinders’ success, and Brum’s long standing interactive science museum, Thinktank.

With an arts centre, café, cinema, swan boating lake, mini golf, grade II listed bandstand, and an adjoining nature centre home to adorable wallabies and red pandas, it’s no surprise that Cannon Hill Park is Brum’s most popular green space. A couple of miles outside Birmingham city centre and a short walk away from Edgbaston cricket ground, this family-friendly park is a Brummie staple and well worth a day out.

4. Jog around the sights

Juggling a career as cabin crew and an enthusiasm for fitness isn’t easy. Run of a Kind founder Lucy Canham’s quest for keeping fit on her travels has seen her jogging around the likes of Las Vegas, Cape Town and Shanghai. Having always wondered why there was nothing similar back home, Canham decided to set up running tours of her beloved Brum; think local street art, chocolate and leafy routes, all of which are fairly priced and suitable for all abilities.

Most cities have walking tours, but few can rival those in Birmingham. On Kevin Thomas’s Heritage Walking Tours you’ll learn about the history of the city and the people that made it, and delve into Birmingham’s oddball (and often gruesome) quirks such as its letterboxes, lost pubs, hidden catacombs and even its plague pits. Yes, really. Sure, you could plod around on a generic tour of the major city sights but why do that when you could tag along with a character like Kevin?

6. Go back in time at Aston Hall… if you dare

This 17th-century Jacobean mansion house on the city’s edge is one of the West Midlands’ finest — and most haunted — buildings. Built for local landowner Sir Thomas Holte, Aston Hall was constructed between 1618 and 1635 and would later house the son of famous engineer James Watt. Several spooky spirits are supposedly spotted at Aston Hall, making it one of the UK’s most haunted historic sites. Daily tours are available, but visit at Halloween for a fright.

7. Go for a Brummie balti

It would be sacrilege to visit Birmingham and not enjoy its most famous dish: the balti. The dish is only authentic if it’s cooked and served up sizzling hot using the same steel pan throughout. Thankfully, many balti houses in the city keep up this practice; head to Shababs or Shahi Nan Kebab House in the Balti Triangle, or Royal Watan in Selly Park.

No sporting fan should visit Birmingham without soaking in the unbeatable atmosphere in the Eric Hollies Stand at Edgbaston. Dubbed “The Fortress”, 25,000-capacity Edgbaston Stadium has played host to many a memorable England victory but is predominantly the home of Warwickshire County Cricket Club and T20 team the Birmingham Bears, whose regular matches attract fans in their thousands. Don’t forget to join the conga.

Step back into the 19th century at this unassuming local history bolt hole. Located on Hurst Street in the city centre, the Birmingham Back to Backs is the city’s last remaining example of back-to-back houses: a series of terraced, multi-storied houses centred around a communal courtyard for its residents to enjoy. On your visit, a local tour guide will help you retrace the footsteps of those who endured cramped conditions in these small houses — original artefacts are still in place — from the mid-19th century until as recent as the 1970s. Don’t miss the second-hand bookshop as you leave.

10. Gorge on chocolate at Bournville

A lot can be said for a stereotypical chocolate box village, but Bournville really is one — in every sense of the word. Built for the workers of the Cadbury factory in 1895, Bournville Village is a picture-perfect suburb home to quaint shops, a tranquil park and, of course, the factory itself. Tours of Cadbury World include chocolate samples and a walk through some of the chocolatier’s most famous television adverts, gorilla included.

Proudly one of Europe’s largest urban parks, Sutton Park sprawls over 2,400 acres of woodland, wetland and rare lowland heathland. It’s officially designated as both a National Nature Reserve and a Site of Special Scientific Interest and houses wildlife rare to the region, such as muntjac deer and wild ponies. Several waymarked walking trails take you around its lakes and ponds — and a handful of pubs and restaurants also make Sutton Park worth going out of your way for.

12. Go even wilder with Bear Grylls

Bear Grylls is renowned for his outdoor survival practices, and thanks to his adventure centre in Birmingham you too can now learn the ins and outs. Unleash your competitive side in the survival-themed escape rooms; release your inner child on the outdoor high ropes or beat your fears by snorkelling with sharks — yes, in Birmingham. The choice is yours, but remember, in the words of Bear himself: “If you risk nothing, you gain nothing.”

Few outside of Brum know JRR Tolkien grew up in these parts, but even fewer know that the characters and locations of The Lord of the Rings and The Hobbit were inspired there. Living in the then-Worcestershire hamlet of Sarehole between the ages of four and eight, a young Tolkien would play in the land surrounding the mill and roam the expansive forest-like wetland of Moseley Bog, the latter being the inspiration for The Shire region of Tolkien’s fictional Middle-earth. Tours of Sarehole Mill and LOTR-themed walking tours run regularly.

Birmingham may have five Michelin stars but it’s the street food that’s enjoyed a revolution over the last decade, with Digbeth Dining Club firmly at the forefront. Having left Digbeth to branch out across the city, DDC now has two permanent street food hubs in Herbert’s Yard (Longbridge) and Hockley Social Club (Jewellery Quarter). Each week, resident and guest vendors sling everything from fried chicken to bao buns, and loaded dogs to handmade cheesecakes into starving mouths. Not literally.

15. Search for gold in the Jewellery Quarter

Whether you’re after a gold ring or a pint of golden ale, the Jewellery Quarter has it all. Housing Europe’s largest concentration of jewellers, this relatively small district produces 40 per cent of the UK’s jewellery and is your one stop shop for that wedding ring or anniversary present. All shopped out? It’s also home to a fairly large concentration of bars, pubs and restaurants. Handy, that.

Where to go for the August bank holiday weekend

Inspired to visit Birmingham but yet to book your trip? Here are the best hotels from Hotels.com* and Booking.com*. 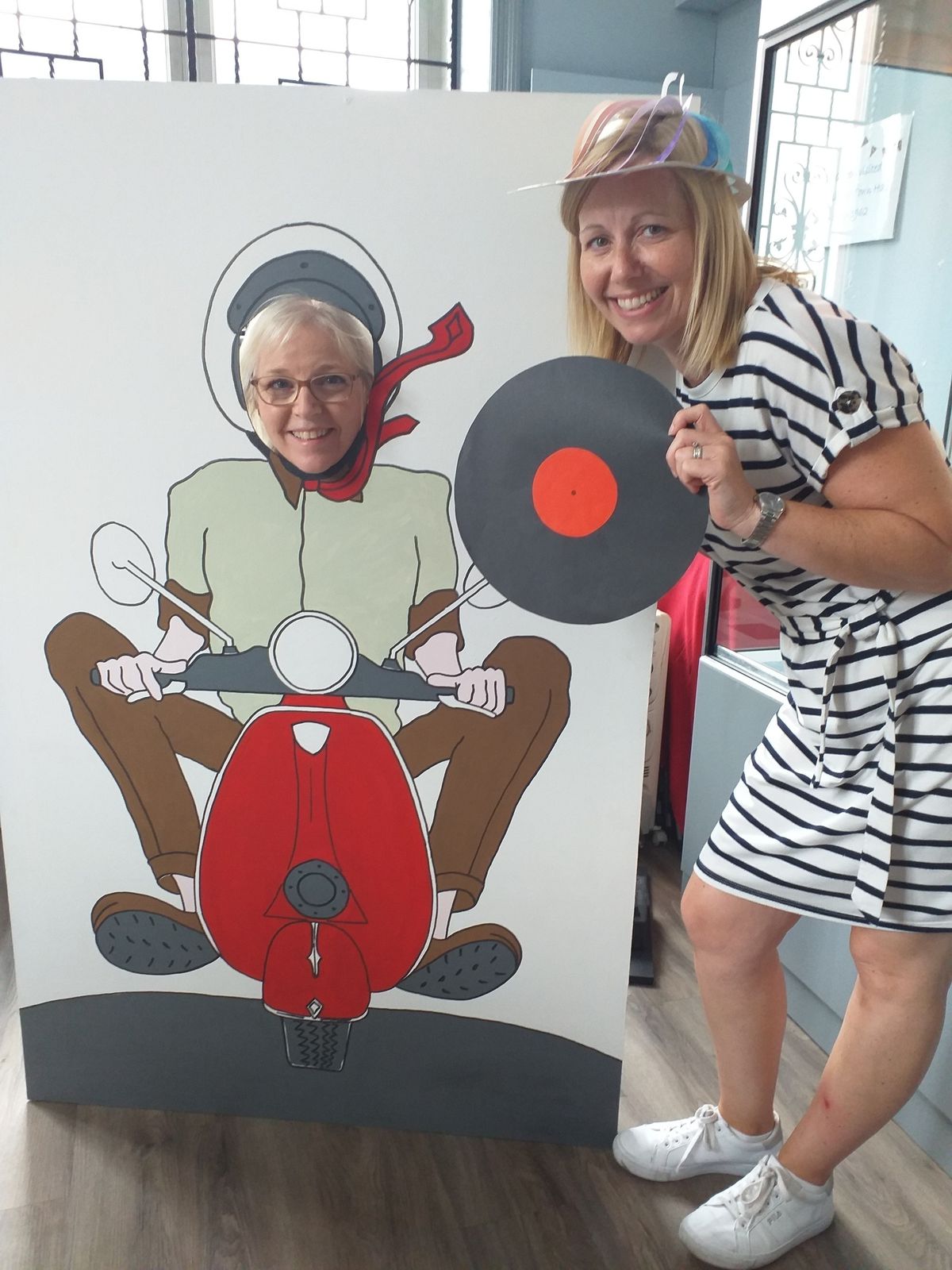 Nicola Churchill and Catherine Melnik get ready for a soulful summer at Wednesbury Museum and Art Gallery Families are being{...}

The offshore renminbi exchange rate fell to a record low on Wednesday, putting further pressure on China’s central bank to{...}