2022 Commonwealth Games: What legacy is in store for Birmingham after hosting the games? | UK News

After years of planning there are now just days to go until the Commonwealth Games begin in Birmingham.

With a billion people expected to tune in to watch the opening ceremony on Thursday, Britain’s second city will be in the spotlight.

But among people who live in Birmingham there are those who doubt whether they will benefit from the millions of pounds of public money that have been spent on the games.

Work to build a world class aquatic centre in Sandwell and carry out a multi-million pound transformation of Birmingham’s Alexander stadium has been set against a backdrop of a cost of living crisis, in a city that his home to some of the country’s most deprived neighbourhoods.

Read more: Esports to be involved as a pilot event at the 2022 Commonwealth Games

On an industrial estate in the shadow of spaghetti junction, Nechells Green Amateur Boxing Club holds classes for children of all ages.

In recent months some parents have said they can no longer afford the £2 lesson fee.

Mark Holt, the head coach, has taken a decision to allow those children in for free.

“If we weren’t here I think half of the kids would be out on the streets, round the chip shops, hanging around with their mates, up to no good,” he said.

“At least I know if they’re here they’re being looked after.”

The club lost its previous venue when the council sold off a community centre in Nechells three years ago.

As a grassroots club, it had hoped to benefit from the Commonwealth Games being held in the city, but Mark said they’ve received “nothing at all”.

“The amount of money the council is spending on, to me, things that they don’t need to do, I think it needs to go on the younger kids, trying to keep kids off the street more than anything else,” he said.

“I run a boxing club so I’d like to see boxing clubs get it but you know there’s football teams out there that are struggling, swimming clubs, things like that so the money needs to be put to the younger kids.”

Birmingham was awarded the games in 2017 after the Commonwealth Games Federation stripped Durban of the right to host the event for failing to meet promises made in its bid.

The total cost of the event is expected to be around £778m, with the city council and local partners contributing around £184m.

A legacy plan drawn up by organisers promises that the games will bring people together and improve health and well-being.

Recently retired triple jumper Nathan Douglas competed in the Commonwealth Games in Delhi, Glasgow and on the Gold Coast.

He spent much of his career based in Birmingham and is convinced the games will bring benefits to people right across the city by encouraging participation in sport.

“It’s a very diverse and multi-cultural city, probably up there as the most so in the country,” said Mr Douglas.

“What I hope is it’s going to inspire local people to move, you know to help them with their health and wellbeing physically, mentally and so for me that’s what I look at hopefully as the legacy of the games.”

Training has been taking place in schools, with young people making up some of the 14,000 volunteers who will help deliver the games.

Sharoana Handley, 14, a pupil a Bristnall Hall Academy in Oldbury is going to be a kit bearer for the swimmers.

She sees it as “a once in a lifetime opportunity” to see world class athletes up close.

“It’s a great opportunity for younger people in Birmingham to see and aspire to be just like them,” she told Sky News.

Ian Reid, the chief executive of Birmingham 2022, said “bringing a spotlight to the city and the region is really important for Birmingham”.

She added: “We’ve seen the impact of, for example, the Commonwealth Games in Manchester and the Olympics in London so I think the perception of the city, putting it on the international stage, giving it wall to wall exposure, I think will be hugely beneficial.”

But you don’t have to look far from the athletics stadium to see evidence of major projects that won’t be ready in time for the games.

But organisers say the regeneration of the Perry Barr area will be a key physical legacy of the games and work will continue on the site to deliver more than 5,000 new homes over the next 20 years.

Councillor Ian Ward, leader of Birmingham City Council, told Sky News the city “will see well in excess of a billion pounds invested into Birmingham as a result of hosting the games”.

“I absolutely believe that the people of Birmingham will look back on the Commonwealth Games and say that was the moment this city changed for the better.”

Saidul Haque Saeed, from community organisation Citizens UK Birmingham, hosted an event where families from across the city called on games bosses to “commit to a legacy which improves the life chances of the poorest children”.

“Birmingham is the ‘Commonwealth city’ as our diversity makes it the place where you’re likely to meet other Brummies from every Commonwealth heritage,” he said.

“So, we welcome the power of sport to bring people together from different communities: visitors and residents alike.”

But he said families want to see a legacy that includes every child in the poorest areas being able to try out a new organised sport for free.

“We have hope but not 100% confidence the legacy of the £750 million spent on the Games will improve the lives of our city’s poorest families,” he said.

Barking’s Christmas tree lights will be switched on at the end of a festive day of events in the town{...} 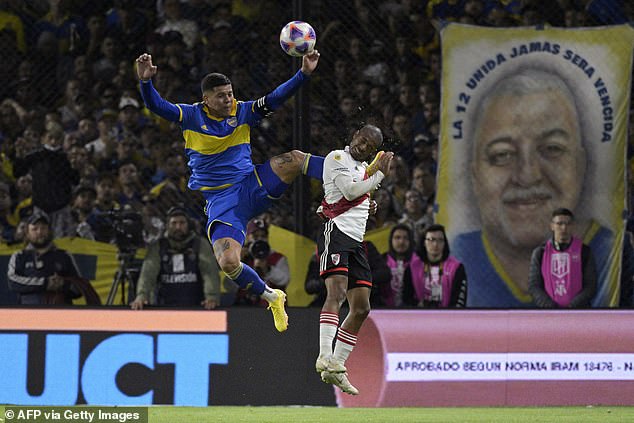 Former Manchester Utd ace Marcos Rojo is bizarrely BANNED from captaining Boca Juniors for a month by Argentina FA after{...}

The notion of the royal family as symbols of duty or sacrifice to the nation is “a lie” and is{...}