The whole idea of adding one of the best soundbars to your TV setup is that they’re supposed to make getting better sound quality in your living room easy. While it’s true, though, that any half-decent soundbar will likely sound better than pretty much any built-in TV sound system as soon as you get it out of the box, there are actually any number of mistakes people make when setting up and using their soundbars that can stop them from sounding their best.

Naturally, we want to make sure you’re getting the most out of your hard-earned home theater gear, so here we look at five of the most common errors, to help you avoid making your own soundbar faux pas.

1. Not checking your soundbar’s channel balance

While pretty much all soundbars will find themselves tucked underneath a TV screen, the exact room conditions they find themselves placed in can vary almost infinitely. Which means the sound they produce can also vary dramatically as it bounces off surfaces in your room. And that goes double now that so many soundbars create audio channel effects specifically by reflecting their sound off walls and ceilings.

Getting the most balanced and therefore immersive sound from a soundbar will therefore require you to compensate for the imbalances and eccentricities of your particular room layout.

Most soundbars let you adjust the relative volumes of their various channels via remote controls or apps on your phone, so assuming yours does, sit yourself in your favourite viewing position and cycle through the channels your soundbar supports tweaking each in turn until you’ve got the most balanced overall sound.

In a perfect world your soundbar will have an auto-calibration system, where mics in the main soundbar or remote control listen to test signals and automatically adjust the soundbar’s output accordingly. A lot of higher-end soundbars have this built in, and Sonos soundbars can do this through the Sonos app, though only if you have an iPhone, sadly.

2. Suffering audio lag thanks to ARC/eARC

On paper, the audio return channel (ARC) technology that’s part of the HDMI connection specification is a fantastic idea. After all, it lets TVs that support ARC send their sound out via ARC-certified HDMI connections to external devices such as soundbars and AV receivers, reducing cabling headaches and essentially turning your TV into a convenient audio ‘switching device’.

In reality, though, ARC isn’t always the blessing it sounds. It’s become infamous over the years for causing sound to become dislocated from the pictures with some AV setups, so that actors’ lips  move out of sync with the words you’re hearing them say.

To be clear, this is by no means universal with ARC. In many setups it works just fine. It continues, however, to be one of the most common audio complaints we hear about. Fortunately, if this affects your soundbar when using ARC, there are things you can do about it.

First, some TVs and soundbars provide options for adjusting the audio timing to try and fix potential sync errors, and this is a good place to start. However, these adjustments can be hard to find and don’t always fully solve the issue, though.

Experience suggests, too, that sometimes once source can cause audio lag in a system while others don’t, so you could find yourself having to keep changing the audio lag settings (if your gear supports them) repeatedly.

With all this in mind, the best way to limit audio sync issues is to use your soundbar’s HDMI passthrough system, if it has one. Some soundbars have an HDMI input as well as an HDMI connection to the TV, and they can pass through video to the TV, but take the sound along the way.

If you have one particular source that comes through with a delay, and if your soundbar has an HDMI passthrough port, connect your source directly to the soundbar, so that it can strip the sound out before passing the video on to your TV.

Having just sung the praises of the HDMI passthrough systems carried by some soundbars, there can also be a downside to them that you may need to know about depending on the capabilities of your TV and sources.

If you own a PS5, an Xbox Series X or a PC with a recent high-end graphics card, as well as a TV capable of handling 4K resolutions at 120Hz refresh rate with VRR, then you will want your soundbar’s HDMI passthrough to be capable of passing such cutting-edge visuals through to your display. Unfortunately, however, very few soundbars currently can do this. Trying to pass such signals through will almost without fail see them stripped back to at best 4K 60Hz with no variable refresh rates.

Even the latest LG and Samsung soundbars don’t support enough data bandwidth over their HDMI ports to carry 4K 120Hz and/or VRR through to screens, despite many of their latest TVs supporting such cutting-edge graphics features.

The Sony HT-A7000 soundbar supports 4K 120Hz passthrough, but not variable refresh rates. But that’s currently it in terms of cutting-edge gaming support via HDMI loopthrough in today’s soundbar market.

LG and Sony soundbars, for instance, support passthrough of Dolby Vision, but not HDR10+. So even if your TV supports HDR10+, if you loop an HDR10+ signal through a soundbar that doesn’t support HDR10+, then your TV won’t actually receive HDR10+. So you’ll lose the picture quality benefits associated with the extra scene by scene picture information HDR10+ signals carry.

This won’t matter, of course, if your TV of choice doesn’t support HDR10+ (many don’t). If your TV does support HDR10+, though, you might either want to go for a soundbar that also supports, it, like most of Samsung’s latest models.

Exactly the same applies, of course, with Dolby Vision. If your source can output it and your TV can play it but your soundbar can’t pass its extra scene by scene picture data through, then again you’ll lose the picture quality advantage Dolby Vision can give you unless you can go the ARC route.

In short, if you have a games console, 4K Blu-ray player or streaming device you want the maximum quality from, it might be that you don’t want that to pass through your soundbar.

4. Not experimenting with music modes

Many soundbars are designed predominantly with movie and TV soundtrack playback in mind. However, there’s no reason in principle why they can’t do double duty as quality music players. In fact, a growing number of soundbars support both hi-res audio files and direct streaming from popular music apps.

How good soundbars sound with music, though, can depend massively on which sound preset you use. For instance, some multi-channel soundbars provide default sound modes that essentially remix stereo music to take advantage of all the channels a soundbar provides. This is clever and, where the remixing processing is particularly impressive, it can deliver surprisingly immersive and convincing results.

The upmix process can just as often, though, sound pretty nasty on soundbars that don’t have good-enough audio processing, or where that processing is tuned more for movie audio. In which case you’ll likely need to make sure your soundbar is set to a mode that sticks to straight stereo playback.

To keep you on your toes, we’ve heard soundbars that sound better with music in their upmix modes than they do in stereo, and have also found that some soundbars sound better in different modes with different musical genres.

The bottom line is that it pays not to be lazy. Experiment with different presets if you switch to playing music, rather than just sticking with whatever preset your soundbar might think is the best one.

5. Thinking that all versions of Dolby Atmos are equal

Dolby Atmos can actually be carried in two types of ‘container’: one called Dolby Digital+, the other called True HD. The DD+ option is a compressed version, typically used for streamed content. The True HD version is uncompressed, and so delivers the cleanest and most dynamic sound.

The key point is that whether you get the best Dolby Atmos version or can depend on your soundbar connections. First, some brands – most notably LG and Samsung – have introduced wireless Dolby Atmos support this year, whereby their TVs can send Dolby Atmos to their soundbars without needing any cables. Very convenient and futuristic, but the version of Dolby Atmos used is the lower quality DD+ one.

A more common misunderstanding concerns our old friend, HDMI ARC technology. There are actually two types of ARC HDMI connection: the standard/original version, and a newer eARC version found with more recent HDMI connections. If your TV or soundbar only supports ARC, you will only be able to pass the compressed DD+ version of Dolby Atmos from your TV to your soundbar. If both your TV and soundbar support eARC, you will be able to use it to ship full, uncompressed Dolby Atmos for even more detailed sound.

So make sure you’re not accidentally putting yourself in a position where your Dolby Atmos audio quality isn’t as high as it could be, because if you’ve invested in one of the best TVs and a lovely Dolby Atmos soundbar, you want the the audio to be spectacular as the visuals. 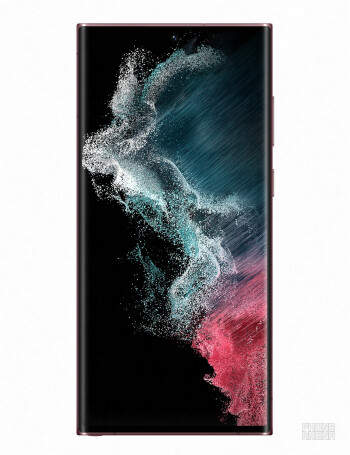