At the school library I manage, I run a Dungeons and Dragons program twice a week with our students. It is a lot of fun and extremely popular. When I’m not doing this, I’m always thinking of new books to get into their hands. We have a lot of students who enjoy fantasy in the library, and there is a ton of books out there in this genre. But what about specifically Dungeons ands Dragons (D&D) fans?

In my mind, D&D fans have a very specific type of fantasy that they enjoy, it has to have a lot of action and a lot of threat with strong worldbuilding. Also, I’m always on the lookout for great books that will assist in developing my own stories and worlds. You can learn a lot just from consulting a fantasy map in a book; ideas can come to you from reading other great works.

We have students who run their own D&D sessions in the library, and I’m always trying to get them to read a wide range of fantasy to help with them create their own worlds. These novels are just that: inspiring, different, and full of action and adventure. It can be hard to get students to read a novel front to back with the myriad of distractions out there today. However, running a D&D session and pairing it with great novels is always a win-win in my minds. I hope you enjoy reading about these awesome stories! 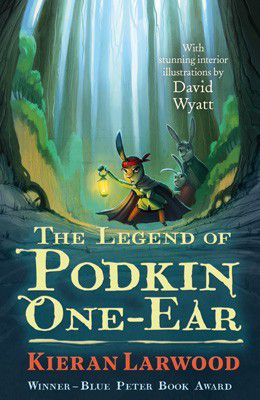 Podkin dreams of being a hero like his father. Together with his rabbit siblings, he lives in relative calm and even bliss. When tragedy strikes and his burrow is attacked by merciless, mindless Gorm rabbits, Podkin is entrusted with a magical weapon that has the power to reverse the tide of evil. Together with his brother and sister, he sets out to survive and solve the riddle behind the uprising of dark forces. A brilliant series! 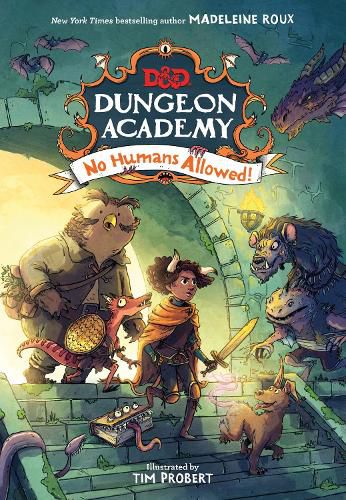 This is no normal academy: this is Dungeon Academy, where monsters train to fight the dastardly humans that invade their world. Zelli is a human who has infiltrated the school. She is disguised as a minotaur and ends up making friends with some of her classmates. When Zelli embarks on a quest to discover her true history, she’ll need all the help she can get, including from her new monster friends!

The Kids Are All Right Newsletter

Sign up to The Kids Are All Right to receive news and recommendations from the world of kid lit and middle grade books. 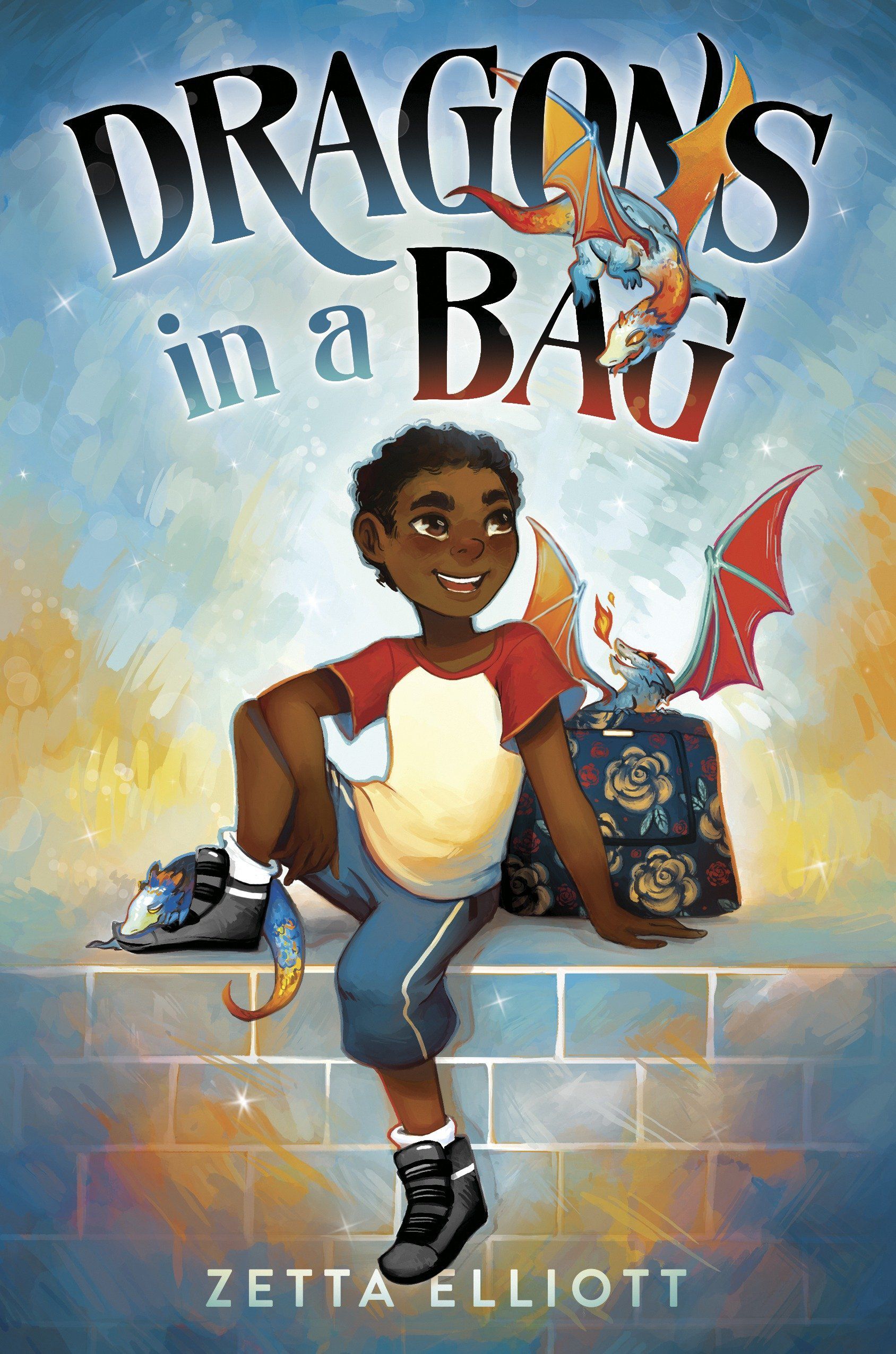 Dragons in a Bag by Zetta Elliott

When Jaxon is left to stay with Ma, a woman he thinks is his grandmother, he is distraught, as he doesn’t know when his mother will return. However, it turns out that Ma isn’t really his grandmother, she’s a witch on a mission. Her job? Deliver a dragon to a magical world. Jaxon becomes her helper and learns the ways of magic. When Ma is stranded in the magical land, Jaxon must return to save her! 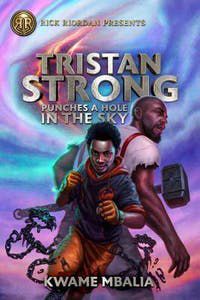 Tristan Strong Punches a Hole in the Sky by Kwame Mbalia

Tristan is forced to spend an entire month with his grandparents in Alabama, something he is definitely not looking forward to. But when a strange doll-like creature enters his room on his very first night, he ends up being hurtled into the land of MidPass. Not only that, he’s in the middle of a ferocious battle involving Black American folk heroes that he must help save. If Tristan is going to stop the end of the world, he will need the help of some very unlikely alliances. Will he do it? Or will the world collapse? 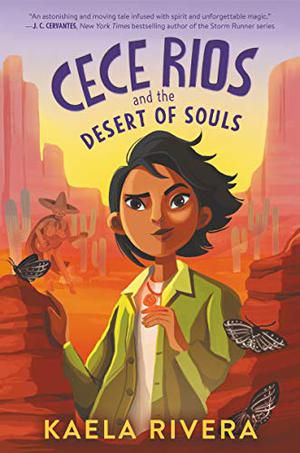 Cece Rios and the Desert of Souls by Kaela Rivera

When Cece’s sister Juana is kidnapped by a guitar-playing criatura, she makes a pact with herself to find her sister alive and get her back. In order to do this, Cece must make a deal with dark forces and delve into the world of black magic. This is a truly great adventure featuring Aztec myths, magic, and family bonds. Don’t miss it! 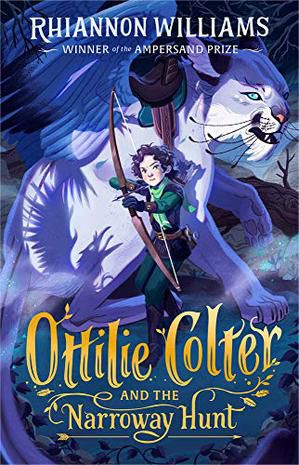 Ottilie Colter and the Narroway Hunt by Rhiannon Williams

Ottilie’s brother Gully vanishes one day, and Ottilie discovers something horrible: Gully has been forced to join the Narroway Hunt, a cult group of men that hunts disease-ridden monsters called dredretches. The only way to save Gully is for Ottilie to disguise herself as a boy and pull him out of the group. Simple, right? Wrong. As Ottilie and Gully get dragged deeper and deeper into this organisation, they discover some shocking secrets. 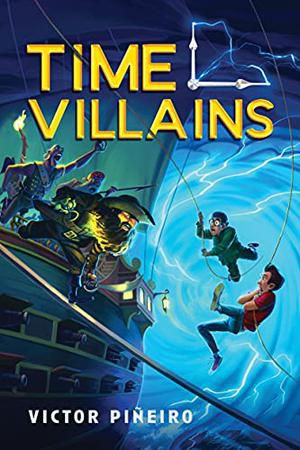 At school, Javier must complete an assignment where he writes an essay about having three historical figures come to his house. Chaos ensues when Javier uses his family’s magic to bring these figures into the modern day. One of them is Blackbeard the pirate, who decides he’s going to use Javier’s magic to take over the entire planet. Desperate to stop him, Javier and his little sister need to figure out the secrets of their school to discover ways to bring Blackbeard down. There’s nothing better than a good D&D adventure set at sea with bloodthirsty pirates, and this pedal to the metal adventure reminded me greatly of one! 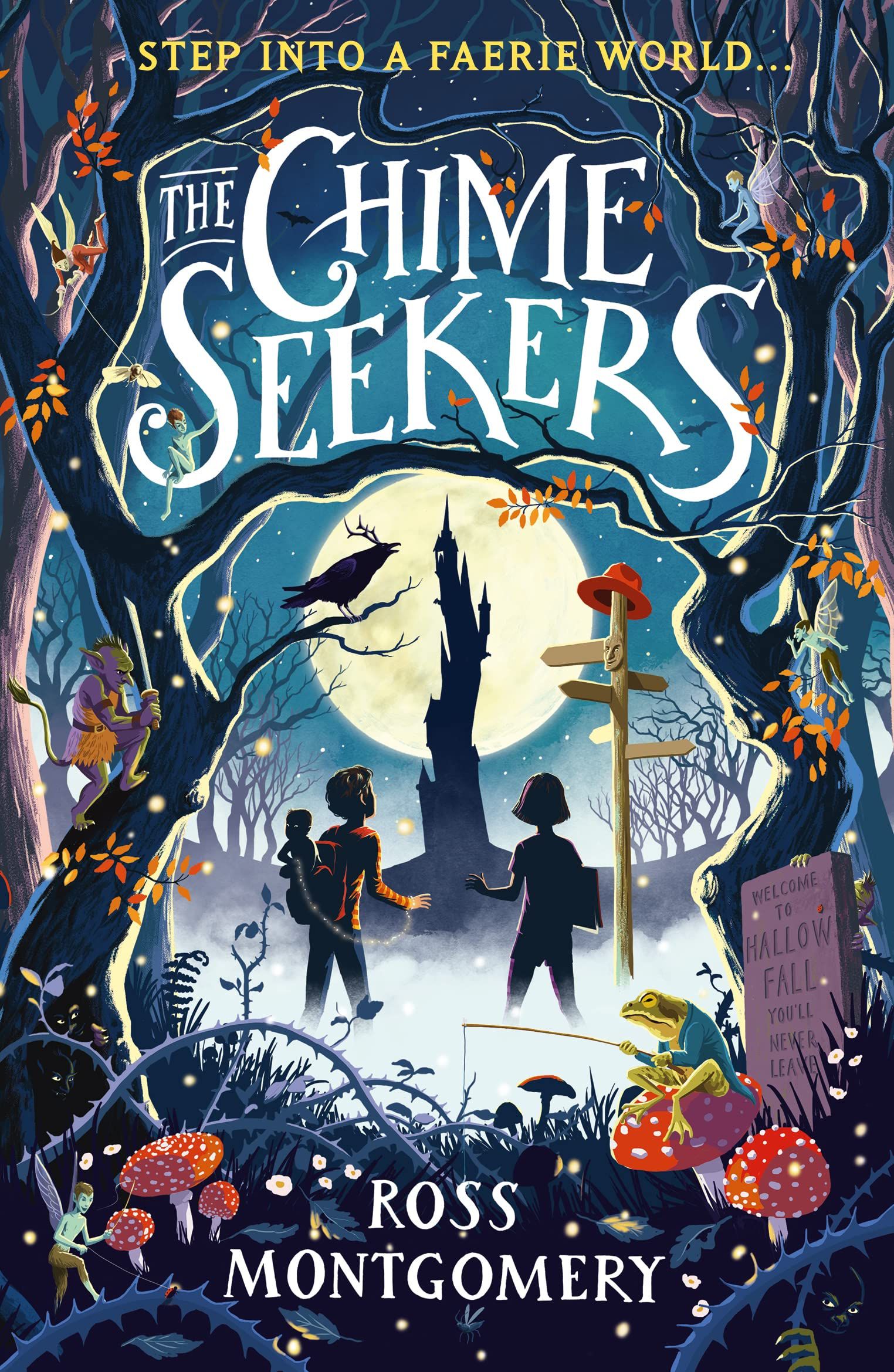 The Chime Seekers by Ross Montgomery

Yanni has had enough of his baby sister hogging all the spotlight and crying non stop. One night, in a fit of rage, he wishes she was gone forever. Cue an evil Fey creature who does just that, takes his sister away into another dimension, replacing her with an identical looking yet monstrous baby. Now, with the help of his Orc Quest obsessed cousin Amy, they set off to the land of Fey to save the baby. Fans of D&D and Labyrinth will not want to miss this thrilling, funny and wondrous adventure!

So there you have it, eight great books for fans of Dungeons and Dragons. It will keep the students reading in between D&D sessions and will help with their own world building!

If you’re looking for more, you might explore Choose Your Own Adventure books or Fighting Fantasy series. For more Dungeons and Dragons posts, try: