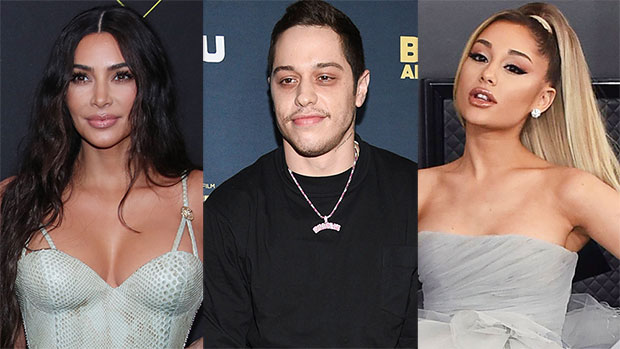 A Look Back On His Relationships – Hollywood Life

Pete Davidson rose to fame as the young, millennial cast member of Saturday Night Live. Over the years, he’s broken the internet with comedy specials, SNL sketches, and received well-earned praise for his work in films like The King of Staten Island. But with all of this success comes a lot of scrutiny — especially when it comes to Pete’s love life. And he’s most recently been linked to an unsurprising choice: bombshell cover model and Gone Girl actress Emily Ratajkowski, 31.

Over the years, the comedian’s relationships have been reported on countless times. But his relationships extend far beyond his recent whirlwind romances. Take a look at the guide below to learn more about the women Pete has dated throughout his career.

Pete’s first high-profile relationship came in 2015 when he began dating fellow comedian Carly Aquilino of MTV’s Girl Code. 2015 was a pretty big year for Pete, who was enjoying his second season on SNL. The pair didn’t really make headlines for anything that occurred in their relationship or their subsequent breakup later in the year. The two seem to have quite an amicable, friendly relationship since their split. Carly co-starred in the 2020 film The King of Staten Island, which Pete leads. She even took to Instagram on June 11 to thank Pete and director Judd Apatow for the opportunity to be a part of the project.

Following his split from Carly, Pete had a nearly two-year relationship with Cazzie David. Cazzie is the daughter of comedian Larry David, who’s appeared on SNL a number of times. The two began dating in roughly May of 2016. In a recently published interview with The Los Angeles Times, Cazzie explained that the former couple was “infatuated” with one another. However, Cazzie confessed that she “struggled to convince him that she really loved him.”

The pair split in early 2018, but Cazzie admitted that she immediately regretted the decision. The writer revealed that she tried to get in touch with Pete and when he finally responded, he shared with her that he was “happier than he’d ever been,” and split from her for good over text. Pete quickly moved on to his next relationship, which will be explained in more detail below. But the high-profile nature of his next romance was something Cazzie really struggled with.

“It was a really pivotal moment in my life. And writing about it has caused me a ton of anxiety, especially because I talk so much about hating the attention it brought me. Why would I bring more attention to myself by writing about it? But there’s nothing that’s gonna be worse than what I already experienced with that,” she explained.

In May 2018, Ariana Grande and Pete took their romance public. The two had known each other for a number of years, as Ari appeared on SNL as the musical guest in 2016, during Pete’s early seasons on the variety sketch show. They got engaged in June 2018 after just a few weeks of dating. On Ari’s album Sweetener she wrote a song dedicated to Pete called “Pete Davidson.” The two also made a number of appearances on red carpets, and Pete was by Ari’s side to support her at various awards shows.

By October 2018, Pete and Ari called off their engagement. The relationship ended roughly one month after the death of Ari’s former boyfriend, Mac Miller, putting even more scrutiny on the young pop star. Ari, however, took the shocking split and used her art to get through the breakup. Her 2019 album Thank U, Next made a number of references to Pete.

In the title song and single “Thank U, Next,” Ari sings “Even almost got married/ And for Pete I’m so thankful,” referencing the SNL cast member. For his part, Pete only had kind sentiments for his ex-fiancée. He even used time during SNL‘s segment “Weekend Update” to wish her well. “She’s a wonderful, strong person, and I genuinely wish her all the happiness in the world,” he said during the November 2018 episode.

Pete began 2019 with a new relationship. He started dating actress Kate Beckinsale, who is roughly 20 years Pete’s senior. The pair were spotted out and about at various events, including a basketball game where a photo of the two making out next to Queer Eye‘s Antoni Porowski went viral and even got the meme treatment. During their time together, Kate also referenced their relationship in an interview with The Los Angeles Times.

“I’ve never been in this position before — never dated anybody who comes with their own bag of mischief,” she shared in March 2019. “It’s all quite shocking, and something to get used to. I think if you liked the person less, you would bow out of it. If that were the main thrust of the relationship, there would be a problem. But it’s not.” The two split one month later in April 2019.

Near the end of the 2019 summer, Pete began dating Once Upon A Time…In Hollywood actress Margaret Qualley. In September, the two were spotted out and about during a date night in Venice. The romance was pretty short-lived, though. Margaret and Pete dated for only two months, splitting in October 2019.

One month after splitting from Margaret, Pete started dating model Kaia Gerber. The former couple was first spotted on a few low-key outings before they became more comfortable showing affection for one another in public spaces. The relationship, however, didn’t last very long. The two went their separate ways by January 2020. The comedian, though, had nothing but kind thoughts regarding Kaia.

During a February interview with Charlamagne tha God, Pete confessed that prior to their breakup he was “going through a lot.” Pete also said of Kaia that she is “beautiful, smarter than me…If anyone was worried that I was too smart or advanced for her, they do not have to worry at all. She was way, way smarter than I was.”

In early 2021, Pete Davidson was once again the subject of romance rumors. The SNL funnyman was “spending time” with Bridgerton star Phoebe Dynevor in her hometown of Altrincham, Greater Manchester on March 21. Pete was spotted out and about in the UK town and took pictures with fans. A month earlier, Phoebe reportedly spent time with Pete in Brooklyn while she was shooting for TVLand’s Younger.

The two didn’t immediately respond to the speculations, but a teenage British schoolgirl claimed she saw Pete and Phoebe “holding hands, hugging, and [acting] like they were a couple.” She also claimed that they “looked like they were in a relationship and they seemed happy together… I hadn’t seen anything written about Pete being in a relationship with Phoebe, but once I saw them together I thought, ‘Maybe they are?’… I ran up the road to catch up with them and asked him if he was Pete Davidson, and he answered in an English accent and joked he was trying to trick everyone that he’s English. He seemed quite happy and didn’t mind me taking a picture with him.”

In July, they were also seen kissing and cuddling in the stands at a Wimbledon match, but they split soon after in August 2021. An insider told The Sun, “Pete and Phoebe’s romance was a real whirlwind and from the start they were both totally committed. But as time has passed, it’s become increasingly obvious it is going to be difficult to make this work. It was wild while it lasted and they both really care for each other. But the distance has put a strain on them. Their mates think they make a great couple but the distance has made it completely unworkable. They had fun and will remain close but unless something drastic changes their relationship won’t recover.”

Believe it or not, Kim Kardashian was the latest celebrity that Pete’s been linked to. Romance speculation first started back in the fall of 2021, after they were pictured holding hands on a rollercoaster during a trip to Knott’s Berry Farm in Buena Park, California. They worked together when she hosted Saturday Night Live that October, and they seemed to enjoy their double date with Kourtney Kardashian and Travis Barker at the amusement park.

Pete later treated Kim to a private rooftop dinner in Staten Island on Nov. 2, 2021, sources told Page Six. “Pete arranged a dinner on the rooftop privately,” a restaurant insider told the outlet. “It was just the two of them.”

In the months following the amusement park outing, the two seemed inseparable enjoying vacations together and packing on a lot of PDA. However, the romance didn’t last long as the pair called it quits after nine months of dating. The split occurred on the week of Aug. 5, a source close to Kim confirmed to HollywoodLife.

Only months after Pete parted ways with the SKIMS founder, a report emerged in November 2022 that Pete is dating Emily Ratajkowski. “Pete and Emily have been talking for a couple months now,” an insider reportedly told Us Weekly on November 14. They continued, explaining that the duo is “in the very early stages, but both really like each other.” Pete’s sense of humor apparently played a part in the emerging attraction. “Pete makes Emily laugh and he loves how intelligent she is,” the source reportedly said. Emily recently parted ways in July with her husband of four years, Sebastian Bear-McClard, with whom she shares son Sylvester Apollo, 1.

It’s been nearly a decade since a network show won the Emmy for best comedy—but the pendulum may be ready{...} 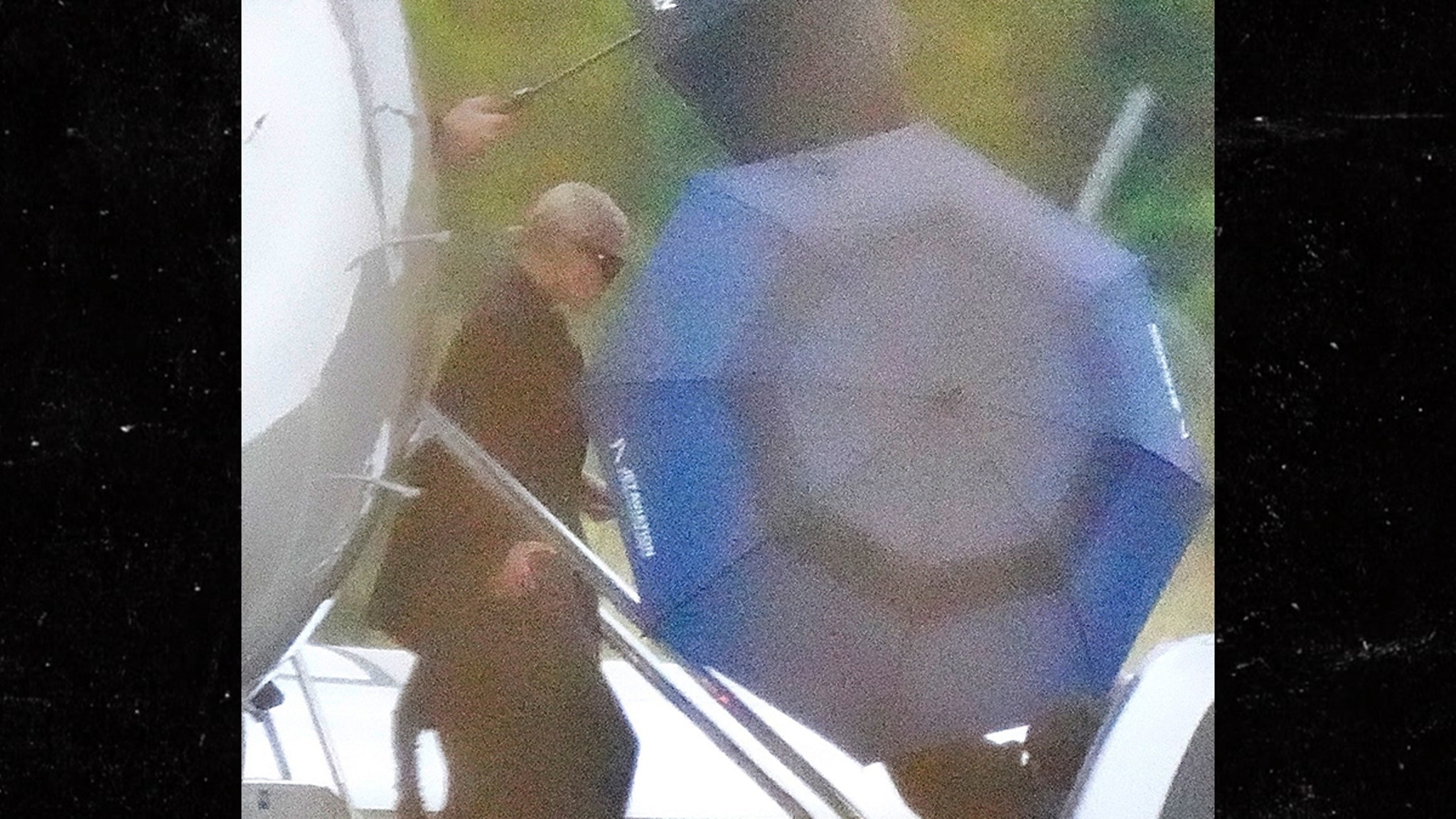 Kim Kardashian has reunited with her boyfriend Pete Davidson … flying thousands of miles to Australia to reunite after 4{...} 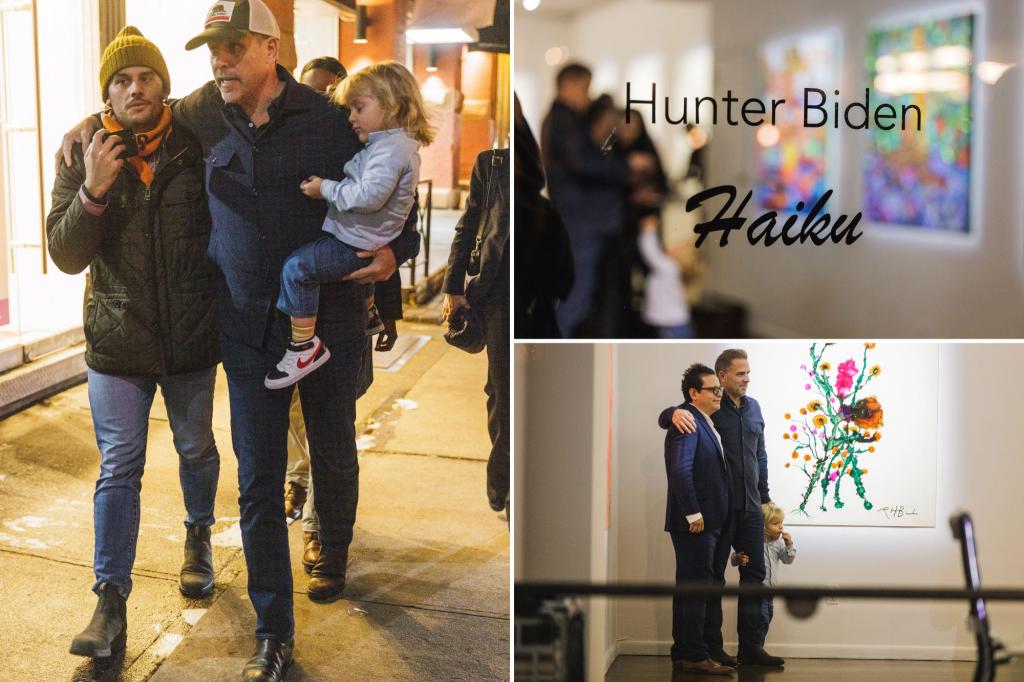 Hunter Biden was feeling smug as he cozied up to The Post at a Manhattan gallery Thursday night and showed{...}