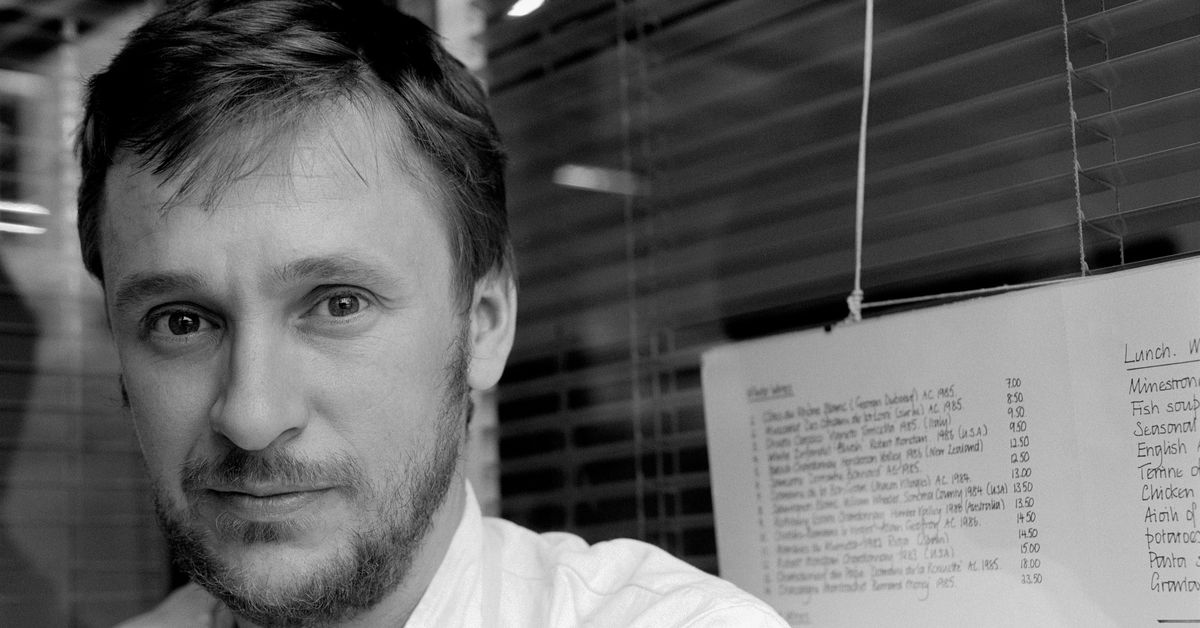 Alastair Little Obituary: One of the Most Influential Chefs in Britain

Chef, restaurateur, and cookbook author Alastair Little has died at 72. Dubbed the “grandfather of modern British cooking,” he was, is, and will remain one of the most influential chefs in the history of British food.

“Alastair Little was a godfather of modern British cooking and a champion of keeping it simple. His cooking was just incredible x peerlesss. Unique, charming, brilliant x a joy to cook with x a huge inspiration x a great pal and a great boss x gone too young x too soon x much missed and never to be forgotten x xxxxxx x”

Dan Lepard, who also worked alongside Little, reproduced an unpublished quote that exemplified his approach to cooking:

Having worked as first a waiter and then a chef, the latter at L’Escargot in Soho in 1981 and 192 in Notting Hill in 1983, Little would open his eponymous restaurant, on Frith Street, also in Soho, in 1985. Together with then partner Kirsten Pedersen it bore many of the hallmarks of London restaurants today — a kitchen looking on to the dining room; bare tables and paper napkins; and most significantly, a twice-daily-changing menu, — over 35 years ago.

Little wanted a restaurant “you could go to straight from work,” not the stiff dining rooms bending immovably across the Channel in the direction of France. Its ecleticism, and stunning cooking, with Juliet Peston as chef and then head chef, it earned rave reviews. His cooking philosophy was one of simplicity and subtraction: asking what could be removed from a dish in order to let the remaining parts shine brightest.

This was two years before Ruth Rogers and Rose Gray would open the River Cafe in Hammersmith; two years before Rowley Leigh decamped from the kitchens of the Roux brothers to join Nick Smallwood and Simon Slater’s Kensington Place; and two years before Bibendum, where Sir Terence Conran installed Simon Hopkinson on the pans.

It’s by now a wry truism that nearly all of modern British food is modern European food with an accent, habits from France, Spain, and Italy adapted to what grows and lives here. None of this trio, which joined Little’s restaurant in a quartet, were really cooking British food. Little, as chef and baker Dan Lepard recalls for the ‘Full English’ podcast, was primarily doing what he learned in Italy and from Marcella Hazan. Pastas and Tuscan soups sat alongside classic French seafood stews, and sometimes Japanese tataki; Little would alternate between echoing his inspirations — Hazan, David, Grigson — to a tee and bending the rules until they were unrecognisable. The cooks were pouring green, grassy olive oil over dishes in abundance; slicing raw beef for carpaccio; and putting out Amalfi lemons and ripe tomatoes on the counter like it was nothing.

But then, it was really something: up until the 1980s London’s European dining rooms of renown were still in thrall to Escoffier and co., only shaken up by the arrival of nouvelle cuisine in France. So while Marco Pierre White, Pierre Koffmann and the like were doing their new thing (White’s Michelin star magnet Harvey’s also opened in that golden year, 1987) Little and co. would do theirs. And in the future, the alumni of the River Cafe, Alastair Little, Bibendum, and Kensington Place would shape London and British dining for decades to come, not just in restaurants, but in the dissemination of the ideas Little cherished from the dining room to the masses.

Eight years later, in 1995, a second restaurant would follow, off Ladbroke Grove. In that time, two people called Fergus Henderson and Trevor Gulliver had opened a restaurant called St. John in Smithfield in 1994; someone called Margot Henderson was cooking at the French House in Soho, which she had opened with Fergus in 1992; and someone called Jeremy Lee, who had worked with Little after “stumbling into his kitchen stinking of martini” after a revelatory meal, had joined Sir Terence Conran to open The Blueprint Cafe, also in 1994. The London restaurant world was forever transformed, with the Hendersons’s ferocious focus on offal, British game, and vegetables not a departure from Little’s philosophy, but a natural progression.

Little left his name and the restaurants behind by 2002, publishing five cookbooks in the 1990s and later opening Tavola, a deli in Notting Hill. Alastair Little on Frith Street would close in 2009; the Ladbroke Grove site had closed by 2003, and Tavola came to an end when its lease ran out.

Though Little’s early fame did result in TV appearances, he never truly became a culinary household name despite the import of his restaurants and philosophy. It was the ingredients and suppliers that he treasured: he repeatedly described services as turgid, rough, unpleasant affairs he would have avoided if he could have helped it.

It would be Marco Pierre White and Gordon Ramsay, from the 1987-onward crowd that would amass the televisual fame and fortune. But Little’s legacy would never have needed that: he summed it up best himself, in a 2018 interview.

“If you put a good tomato, mozzarella and olive oil on a plate, people were gobsmacked. Now it’s routine. 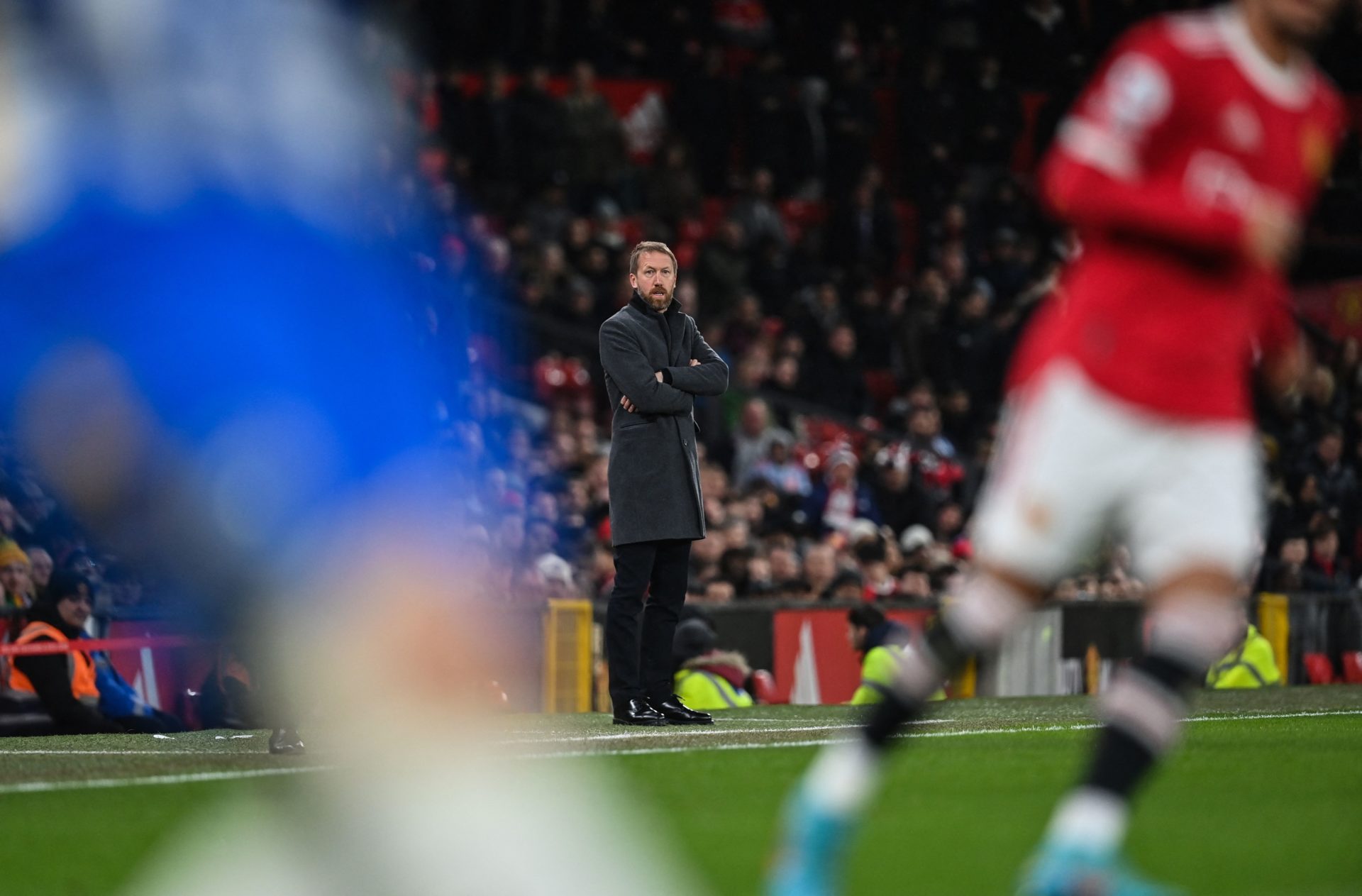 Paul Merson said he was surprised by Chelsea’s decision to sack Thomas Tuchel but admitted that he rates Graham Potter{...}

The Twentieth Century Society called for the listing of the 1967 events venue and its 1968 neighbour, the Hayward Gallery,{...}

Frenkie de Jong has been Erik ten Hag’s primary target all summer and while a deal has proved elusive, United{...}