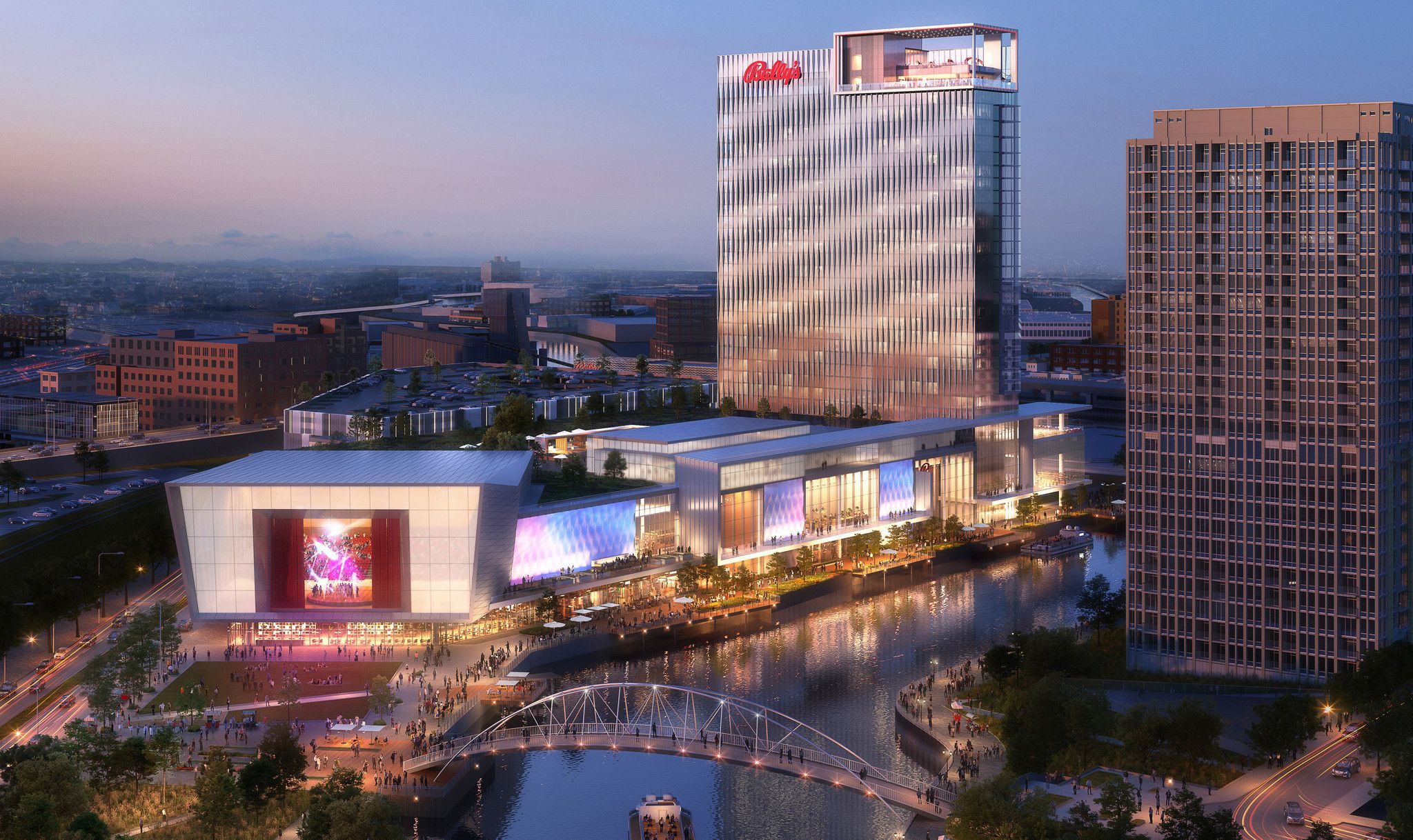 Aldermen are pushing back against the three proposed finalists for a Chicago casino, as the city nears a final selection amid growing concern from residents about locating a casino in their backyards.

The Special Committee on the Chicago Casino, which was created last month to help winnow the casino proposals from three to one, fielded questions at a virtual meeting Monday about everything from timing and process to whether two discarded proposals involving McCormick Place could be resurrected.

The city, which is banking on a casino to generate $ 200 million in annual tax revenue to plug its public pension funding holes, plans to submit its choice to the Illinois Gaming Board for approval in time to include upfront payments from the winning bidder in the 2023 fiscal budget this fall, said Ald. Tom Tunney, 44th, chairman of the committee.

“We would like to be able to, hopefully, within the next month, get narrowed down to one and then obviously go through this process with the nominee,” Tunney said.

In March, Chicago Mayor Lori Lightfoot narrowed the city’s five proposals to three finalists: Bally’s at the Chicago Tribune Publishing Center in River West, Rivers at The 78 in the South Loop and Hard Rock at the proposed One Central development on the Near South Side.

Reaction from residents at community engagement meetings held earlier this month was overwhelmingly negative, and aldermen representing nearby neighborhoods echoed concerns Monday about crime, traffic, safety, noise and the use of the Chicago River in two of the three proposals.

Ald. Brendan Reilly, 42nd, objects to the Bally’s Tribune proposal adjacent to his ward, which includes River North. He cited an April survey by the River North Residents Association that found 86% of nearly 2,000 respondents were opposed to the casino.

“Perhaps if the city had engaged with the aldermen on potential sites and helped gear that conversation and guide it with the potential developers and operators, that might have produced less acrimony and more upfront consensus on how best to locate this casino,” Reilly said during Monday afternoon’s three-hour committee meeting.

Ald. Pat Dowell, 3rd, said “there is very little support” for the proposed Hard Rock casino among residents in her ward, while newly seated Ald. Nicole Lee, 11th, cited concerns about everything from crime to gambling addiction voiced by residents of Chinatown, which is adjacent to the proposed Rivers 78 casino.

Bob Reiter, president of the Chicago Federation of Labor, was one of several members of the public who spoke at the meeting, urging labor peace agreements – which protect unionization efforts – to be a prerequisite for approving Chicago’s casino proposal.

Chicago CFO Jennie Bennett said the city asked the bidders to enter into such an agreement, but did not have an update on the status of negotiations.

“We have every intention of entering into a labor peace agreement for the Chicago casino,” Tim Drehkoff, CEO, Rush Street Gaming, said in a statement Monday. “As Chicagoans ourselves, we know this is a union town and this will be a union casino.”

A Rush Street spokesman declined further comment on the meeting, and efforts to reach Hard Rock and Bally’s Monday evening were unsuccessful.

But Bally’s was the focal point Monday, in part because of accusations of preferential treatment. Rhode Island-based Bally’s, which owns and manages 14 casinos across 10 states, is hoping to make its proposed $ 1.74 billion casino, hotel and entertainment complex at the Freedom Center printing plant the flagship of its chain.

One topic of discussion was the $ 300,000 fee that each applicant was required to submit to the city with its proposal. Last week, it was revealed that Bally’s, which submitted proposals for the rejected McCormick Place Truck Marshaling Yards site as well as the Tribune site, paid one fee, while Chicago-based Rush Street Gaming paid $ 300,000 each for its Rivers 78 and Rivers McCormick sites , the latter of which failed to make the cut.

Ald. Brian Hopkins, 2nd, asked why Bally’s was “given a waiver” for the fee.

The city said Rush Street partnered with separate developers – Related Midwest at The 78 and Farpoint at McCormick – making it two distinct applicants for the Rivers proposals. Kim Copp, an attorney with Taft, who is serving as outside gaming counsel for the city, said Bally’s did not receive preferential treatment.

“In this case, what happened, Bally’s Corporation was an applicant,” Copp said. “They proposed two sites but were one applicant. It was not a waiver of a fee. ”

Soo Kim, 47, is chairman of Bally’s and founding partner of New York hedge fund Standard General, the casino company’s largest shareholder, which made a bid in January to buy the entire company. He blamed “opposition research and the dark arts of public relations” for making the application fee an issue.

“We’re the only bidder that’s offering $ 25 million (to the city) upfront to build the project,” Kim told the Tribune Friday. “We paid the fees that were asked. Do not you think we would have sent another $ 300,000 if they asked us to? ”

In announcing the finalists March 22, the city reiterated the importance of an equity component requiring at least 25% minority investment in the casino. Bally’s was initially criticized for a proposed call option allowing the casino to buy out the minority shareholders after six years.

While Kim told the Tribune earlier this month that Bally’s was eliminating the call option, it drew some heat again Monday from aldermen, and a clear line in the sand from the city.

“The city is not accepting a forced buyout of minority participants,” Bennett said.

Kim said Bally’s is “a few weeks away” from announcing its revised minority investment program, which has $ 200 million in commitments from more than 200 investors. In addition to eliminating the call option, the program is expanding to allow investors to put in as little as $ 1,000 and have “a real meaningful stake” in the casino, he said.

Bally’s casino proposal involves an option to buy the 30-acre Freedom Center printing plant site in River West, which was acquired in 2019 by Dallas-based Nexstar Media Group as part of its $ 4.1 billion purchase of Tribune Media – the former broadcast parent of Tribune Publishing.

The plan requires demolishing the 41-year-old Freedom Center printing plant and relocating the Tribune printing operations to make way for building the permanent casino. Bally’s has a lease option on a former Tribune Publishing warehouse at 700 W. Chicago Ave., where it plans to open a temporary casino within a year, pending state approval.

At the committee meeting Monday, Bennett made the case for Bally’s in highlighting its upfront fee to the city, the fastest track to opening a temporary casino and the “independence of operations” from other Bally’s properties. Florida-based Hard Rock has a casino in northwest Indiana, while Rivers operates the state’s high-grossing casino in Des Plaines. The nearest Bally’s property is in the Quad Cities, near Iowa.

“This is not our town,” said Kim. “I think every bidder has had a chance to put out what their best bid was, and I think we’ve taken advantage of it.”