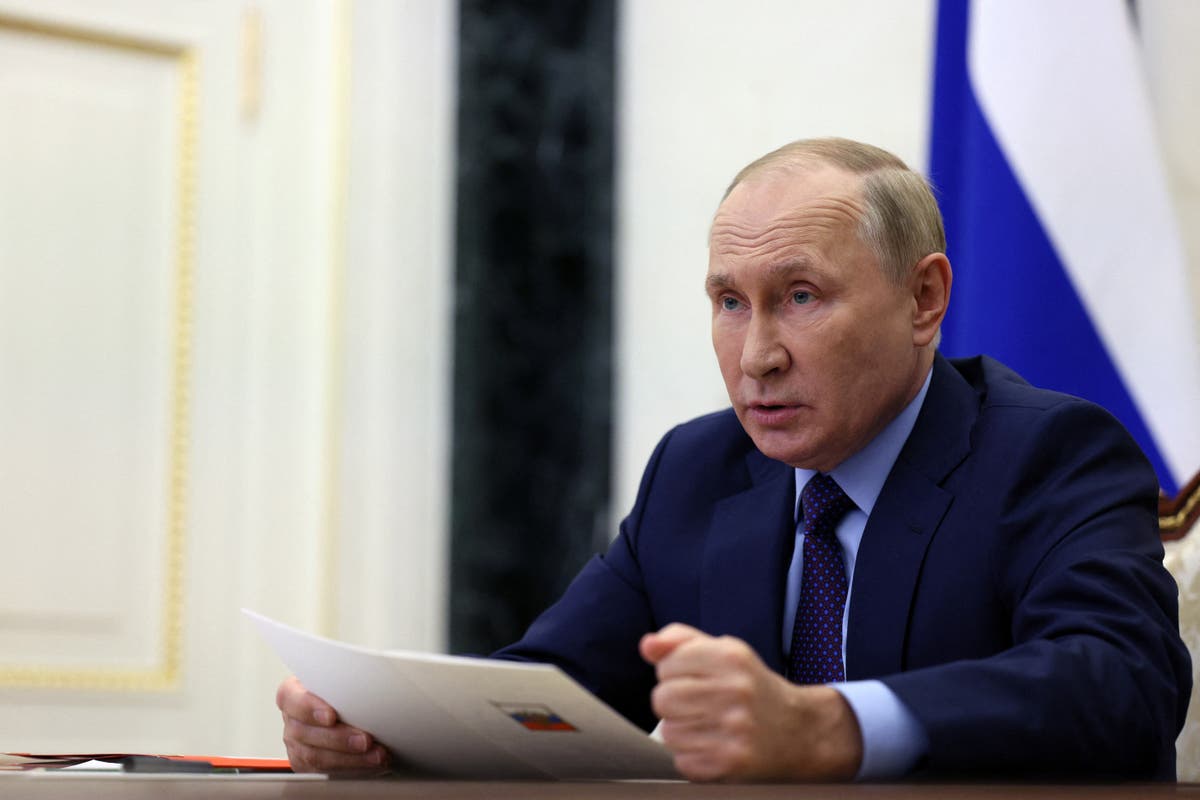 Russia’s president Vladimir Putin became one of the first world leaders to congratulate King Charles III, who was proclaimed the new British sovereign on Saturday.

“Please accept my sincere congratulations on your accession to the throne,” read a statement posted by the Russian embassy in London on Twitter. “I wish Your Majesty success, good health and all the best,” it added.

Prince Charles was officially declared the British king in a ceremony on Saturday morning. Although Charles became king immediately after the death of his mother, Queen Elizabeth II, on Thursday, his accession to the throne was formally approved at a meeting of Britain’s accession council on Saturday morning.

The historic ceremony was televised for the first time.

Despite tensions over the Ukraine war, and British-Russian relations being at a low, Mr Putin also wrote to the new monarch when the death of the Queen was announced, offering “sincere sympathy” to the country following her death.

He wrote: “The most important events in the recent history of the United Kingdom are inextricably linked with the name of Her Majesty. For many decades, Elizabeth II rightfully enjoyed the love and respect of her subjects, as well as authority on the world stage.

“I wish you courage and perseverance in the face of this heavy, irreparable loss. I ask you to convey the words of sincere sympathy and support to the members of the royal family and all the people of Great Britain.”

For good measure, the Kremlin also said that the wisdom of the late Queen would be missed internationally. The Russian people had “great respect” for Queen Elizabeth II, Kremlin spokesperson Dmitry Peskov told reporters on Friday, singling out her qualities of “wisdom and authority”.

“Such qualities are in very short supply on the international stage at the moment,” he added pointedly.

Michelle O’Neill, Sinn Féin’s first minister designate, has sparked a backlash in Northern Ireland for saying there was “no alternative”{...} West Ham United will turn their attentions towards landing Hans Vanaken and Conor Gallagher after Lucas Paqueta’s big-money move to{...}

Katie Chedotal has lived in the from Newton-le-Willows area all her life apart from a period of playing football and studying a{...}