Following years of optimism about the U.S. economy, CFOs and other financial professionals are starting to see that positive outlook drain away. In fact, it’s starting to look as if the economy’s glass is now half empty.

A year ago, optimism among CFOs was riding high, with three in four feeling optimistic about the economy. In the past year, that ratio has tumbled to just above 50%, according to a survey released Friday by the Federal Reserve Banks of Richmond and Atlanta and Duke University.

What’s more, CFOs said the chance of seeing negative growth in the next four quarters rose to 21% PHRASING IS CONFUSING, COULD WE SAY 21% EXPECT THE ECONOMY TO CONTRACT?. That’s double the 12% chance of falling GDP only a quarter ago, which was in turn twice as high as the fourth quarter of 2021. “We’ve seen for two straight quarters now a shift in how firms look at the next 12 months—a shift into a negative direction,” Sonya Ravindranath Waddell, an economist at the Richmond Fed, tells me.

A curious silver lining to the survey was this: Of the 320 CFOs surveyed, more felt better about their own prospects despite their pessimism about the U.S. economy. Some 68% of CFOs remained optimistic about their own company, down from 75% a year before. That’s a drop of about 7 percentage points, versus the 18 percentage-point drop in economic optimism.

CFOs expect their revenue to grow by an average of 9.3% this year, with that rate falling to 6.7% next year. Adjusted for inflation, however, those figures translate into flat or negative real growth. Employment growth, meanwhile, is expected to also slow to 3.7% in 2023 from an estimated 4.5% this year.

A separate survey last month of 949 global senior accountants and financial professionals, including 100 CFOs, also found confidence has fallen dramatically in all regions of the world, especially in the Middle East and Western Europe, both of which are dependent on trade to Russia and Ukraine. A global confidence index tracked by the survey fell to negative 29.2 last quarter from 9.5 in the first quarter.

The survey, conducted by the Association of Chartered Certified Accountants and the Institute of Management Accountants, also showed that the confidence index among North American financial executives fell less sharply, but nonetheless slid to levels it saw in the depths of the Covid-19 shutdowns.

Inflation concerns are weighing on global CFOs as well. In mid-2020, around two in ten expressed concern about rising operating costs. Two years of disrupted supply chains and rising inflation has left 69% of respondents in the IMA/ACCA survey worried about rising costs.

“We’re seeing rising energy and transport prices as well as supply shortages driving up operating costs,” Loreal Jiles, vice president of research at the IMA, tells me. Higher costs helped push U.S inflation to a 40-year high and prompted the Fed to raise rates by 75 basis points for two months running. That in turn has started to erode executive confidence, she says.

In general, accountants and CFOs tend not to be either wildly optimistic nor wildly pessimistic. In fact, Jiles says, their exposure to granular financial data and operational health makes their outlook a pretty reliable predictor of future economic performance. “They’re a pretty level-headed group, which makes them a trusted source for gauging global economic performance,” she says.

Most companies are accustomed to seeing executive-pay votes get rubber stamped by their shareholders. But investors and proxy advisors at larger companies are starting to reject so-called “say-on-pay” votes, according to a report from consulting firm Mercer. Nearly 4% of say-on-pay votes for S&P 500 companies so far this year failed to receive 50% of votes, the level needed for passage, compared with 2.4% for all companies. Among companies that saw compensation votes fail were Goodyear Tire & Rubber, PacWest Bancorp, and Wynn Resorts. Institutional Shareholder Service, a leading proxy-advisory firm, has recommended voters reject 11% of S&P pay proposals this year.

Michael Saylor has a long history of grabbing headlines and making controversial bets, but as the MicroStrategy CEO steps back, veteran Fortune correspondent Shawn Tully chronicles his humble beginnings, lavish lifestyle, and goes deep into the company’s finances to paint a picture of a complicated man who has risked everything going long on crypto.

Spotify has had its share of controversies this year, including the dustup between Joe Rogan and artists like Neil Young. But it’s seeing some good news in its “Work from Anywhere” policy that lets employees determine how often they work from the office and where they work, as long as Spotify has an operation there.

According to Fortune‘s Aman Kidwai, the flexible-work program has delivered lower turnover rates compared to pre-pandemic levels and increased diverse representation. Attrition at the company was 15% lower in the second quarter compared to the same quarter in 2019, while new, more diverse hires have come from Spotify’s main hubs in New York and Los Angeles.

Blake Jorgensen was appointed CFO and executive vice president at PayPal, effective August 3, 2022. Jorgensen has 40 years experience, most recently serving as executive vice president of special projects at Electronic Arts for five months and before that as CFO at the gaming company for ten years. He was also Levi Strauss’ CFO from July 2009 to August 2012 and CFO at Yahoo before that. Jorgensen will receive a base compensation of $750,000, a new hire cash bonus with an aggregate value of $6 million, and a target bonus opportunity of 125% of his base salary. Jorgensen replaces John Rainey, who departed to become Walmart’s CFO in May after seven years at PayPal.

Rambus, a maker of computer chips and silicon IP, tapped Desmond Lynch as CFO and senior vice president, effective August 1. Lynch had served as Rambus’ vice president of finance since 2020 and before that held senior finance roles at Knowles Corp., Renesas Electronics, Amtel, and National Semiconductor. He will receive a base salary of $350,000, a cash incentive bonus eligibility at 75% of his base salary, and a performance-based equity incentive grant of $1,225,000. Lynch replaces Keith Jones as CFO, who will resign on Aug. 5 to join Adeia, an IP business.

Kenneth Krause will join Rollins, Inc., a pest-control company that owns brands such as Orkin and Clark, as CFO and executive vice president starting Sept 1. Krause has served as CFO at safety-equipment manufacturer MSA Safety since 2015 and had been the company’s director of internal audit before that. He replaces Paul Edward Northen, who vacated the CFO role a year ago amid an SEC probe. Last April, R0llins agreed to pay an $8 million settlement with the SEC, which found that Northen directed improper accounting practices. Julie Bimmerman has since been serving as interim CFO.

“The reality is we over-hired… I approved and took responsibility for how we staffed in the past couple of years. I anticipated that what we saw in 2020 and 2021 in terms of market conditions would last longer than it turned out to last.”

—Robinhood CEO Vlad Tenev, announcing that the commision-free trading company will reduce its headcount by approximately 23% after recent turmoil. The company offers a cautionary tale about the challenges of hiring into volatile markets in which demand surges in boom times, then quickly tries up in bear markets.

This is the web version of CFO Daily, a newsletter on the trends and individuals shaping corporate finance. Sign up to get it delivered free to your inbox. 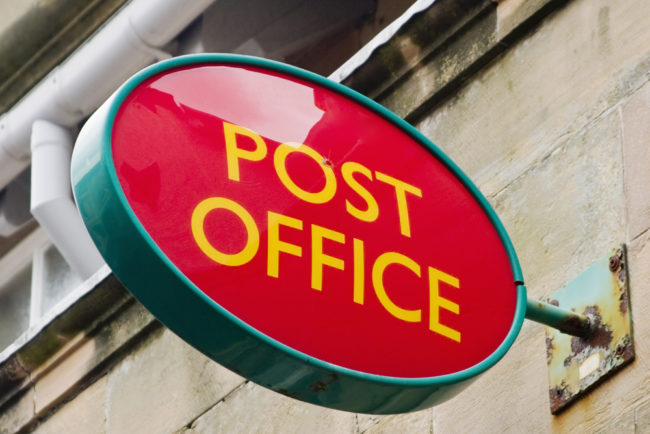 Over one hundred Crown Post Offices will be disrupted by strikes today after workers voted in favour of a staff{...} 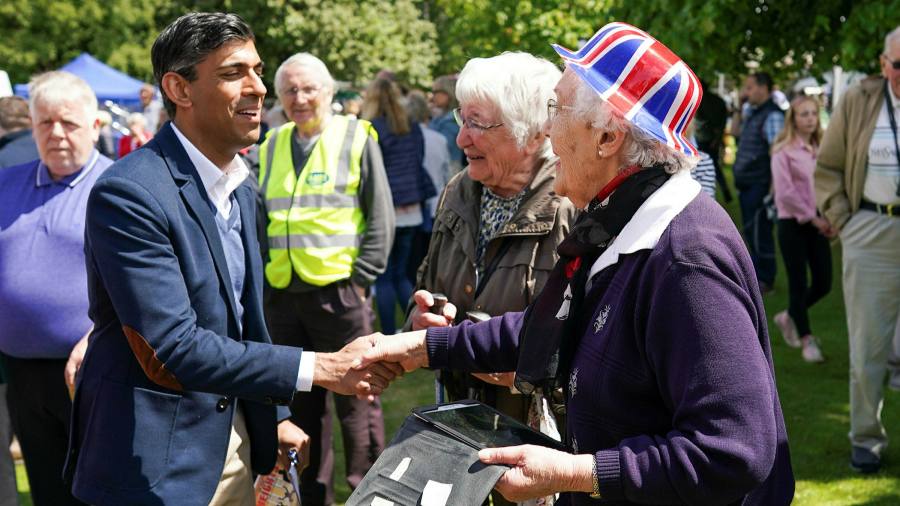 Rishi Sunak, who wanted to leave the EU before that cause was popular, is trailing with the Conservative grassroots. Liz{...} 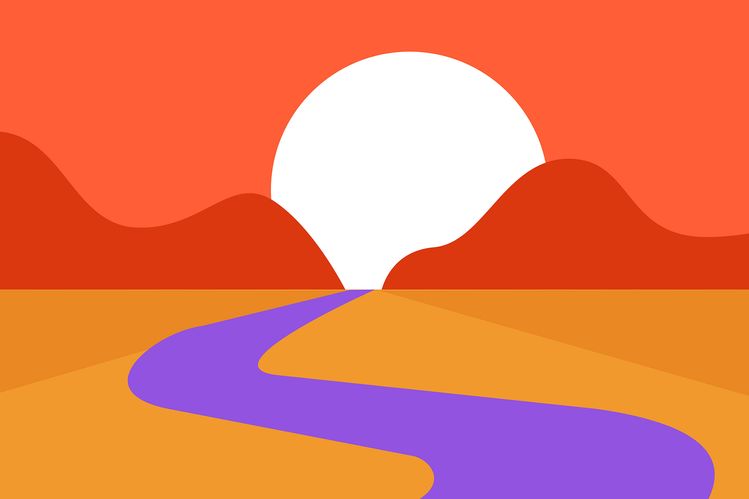 Baroness Helena Morrissey has been an executive at multiple asset managers and is a noted City diversity campaigner The long-awaited{...}