For almost two years, we have been glued to a set of numbers: the grim trio of cases, hospitalizations and deaths that defined coronavirus in the UK.

The daily figures carried news reports for more than a year: people watched in horror as the height of the Omicron wave brought the highest daily caseload ever on Tuesday, January 4, 2022, when 275,618 people tested positive. And they saw how many people died: a number that peaked on Tuesday, January 19, 2021, killing 1,366 people, making it the worst day of the pandemic *.

Since March 2022, case numbers from the daily government dashboard have been overturned. A fall that has coincided with the government’s Living with Covid plan: As restrictions fell away in England, so did cases. The government lifted restrictions, including the legal requirement to isolate itself on February 24, and reduced the supply of free tests on April 1.

After two long years of illness, restrictions and fear – this is the news everyone has been hoping for.

But have things really gone down so fast?

Like all statistics – UK coronavirus statistics are one way to measure something – but not the thing itself.

It is not hard to see that when the government cut free NHS tests and people were not able to report private tests, the total number of tests decreased and so did the number of positive tests. Then the cases fell, at least according to the government’s measurements.

And declining cases made it look as if the government was entitled to cut tests.

The good news? Cases are on a downward trend. But it has not been as fast or as rosy as government charts have suggested.

When you look at the weekly study of coronavirus infection from the Office for National Statistics (ONS) – you put the latest decline in perspective.

What the government’s (coronavirus.gov.uk) case numbers actually measure is not the number of new people in the UK who are infected with coronavirus every day. But the number of people who take a test gets a positive test result and then reports that test.

Why ONS cases are so much higher

Throughout most of the pandemic, government figures recorded about a third of the cases that ONS picked up.

Instead of relying on people choosing to take a test, the ONS figures are estimated based on a sample of around 200,000 people across the UK who take a test every month, regardless of whether they have symptoms. This makes the ONS system better at detecting asymptomatic infections and better at detecting milder variants like Omicron.

However, the end of free tests means that the relationship breaks down and the figures from gov.uk almost completely lack the increase in March 2022 and register less than a twelfth of the cases that ONS picked up in early April

How do we spot the next wave?

In all four scenarios that the Scientific Advisory Group for Emergencies has assessed for how the pandemic will develop, there is a resurgence in the autumn / winter of 2022. At best, it is a small one.

Given that this will happen, it is crucial to maintain the virus surveillance system and the ability to increase protection measures again, as Sir Patrick Vallance, the UK Government’s scientific adviser, argued at the launch of the Living With Covid plan.

But the warning system does not have to come from the daily numbers we have become accustomed to on the government’s dashboard. Prof Kevin McConway argues that daily case numbers from the gov.uk dashboard were always more about news cycles than actual health monitoring.

“The data from tests helped, but the numbers and rates were always subject to biases of unknown magnitude because they depended on who showed up to be tested,” he says. “It was different – some people had jobs that required frequent testing, and those requirements changed over time; some people may choose not to be tested even though they knew or suspected they had symptoms because they would lose their income; sometimes it was hard to get samples. ”

Even before people had to turn to private tests on April 1, we see a big dive in testing – which shows a change in attitude towards the virus, just as much as people react to the price change.

“Even if free tests were still available now, people’s propensity to ask for them would have changed a lot because of the perception that the disease is not as important or dangerous as it was,” McConway says. “It stems in part from government policies and announcements, but by no means the whole thing – it would have happened anyway.”

Data from GPs and Google searches

The UK Health Surveillance Agency (UKSHA), which has taken over from Public Health England, continues to publish influenza and Covid-19 surveillance reports that gather data sources, including the ONS infection survey, but also information from GPs and hospitals, locations outside health systems such as nursing homes and schools, and even sources such as Google search for symptoms and reports of disease outbreaks in workplaces such as restaurants.

More creative data sources such as wastewater have even been used to measure coronavirus levels in the population. However, they are not currently mentioned in the monitoring report.

The emergence of a more transmissible or more lethal variant is one of the main concerns for next winter, so continued genomic sequencing of samples is required to keep track of how the virus mutates. And blood tests will continue to be necessary as antibody levels provide an indication of immunity.

McConway says the UK has decent measures in place to keep track of diseases that get less media attention than coronavirus.

“The unique thing about Sars-CoV-2 is the scale of the pandemic and the interest of the public and the government and the media, and some of it led to different and more comprehensive and expensive surveillance approaches, but many things happen all the time without most people noticing.”

So as with the flu – it is likely that the authorities will see the warning signs before a new rise hits in the winter. The question then is – as Vallance notes – whether the government will act on it.

The Guardian’s British coronavirus tracker will soon switch to using ONS infection scan numbers for cases instead of the gov.uk numbers 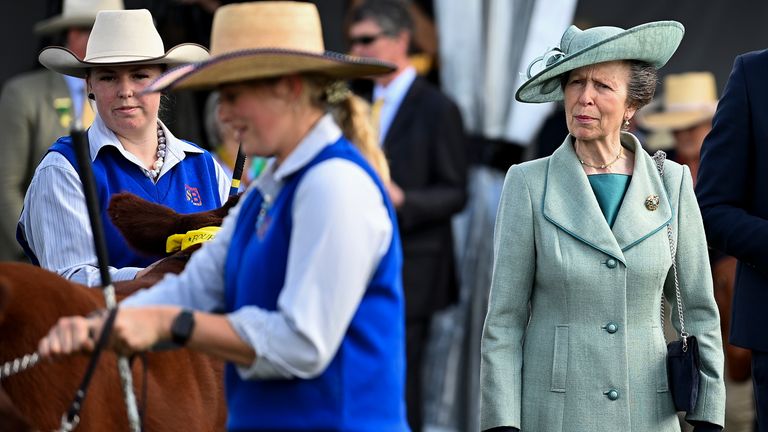