Cathie Wood said investors could look forward to a 50% increase in global GDP over the next decade, driven by artificial intelligence.

In a wide-ranging interview with Bloomberg’s Ed Ludlow at the invitation-only 2022 UP.Summit, she addressed the underperformance of the ARK funds, which she attributed to the runaway innovation that occurred in the early stages of the pandemic only to be “trashed” by February 2021.

“We had a lot of problems through the Coronavirus; innovation solves problems. We were rewarded accordingly,” she said, referring to the heady 316% increase seen by her firm’s flagship $8.5 billion ARK Innovation ETF (ARKK) from the COVID crash trough to its February 2021 peak.

“The fear of rising interest rates and inflation out of control has gripped the market,” Wood said. Her firm’s ARKK has taken a pounding and is down roughly 54% year to date.

She notes that the fixed income market does not seem to be in agreement with regard to inflation, with the 10-year Treasury yield at 3%, which she says suggests GDP growth of 3-4%. “That instrument should be one of the most responsive to inflation fears,” Wood said.

She notes that inventory levels are currently quite high at retailers as purchasing managers stocked up in the wake of the pandemic shortages. “I think we’re going to see a lot of discounting,” Wood added.

She noted that the ARK strategy had again begun to outperform the market.

Wood explained her 50% GDP growth prediction by pointing out that since the release of certain artificial intelligence models from OpenAI and Google, the projected timeline for achieving artificial general intelligence—essentially, models that synthesize human thought processes—”has shrunk from 30-50 years to six to 12 years.”

She acknowledged that the projection sounded implausible, but pointed out that her firm’s projections for Tesla Inc. had seemed just as far-fetched but that they had later come to fruition.

When her firm had first started to study Tesla intensively in 2014/2015, the IHS Markit U.S. light-vehicle sales forecast had projected 250,000 electric vehicles would be sold globally in 2022. While the numbers for 2022 aren’t yet in, of course, Wood notes that sales stood at 4.8 million last year.

She attributes the lowball projections to the forecasters listening to traditional auto manufacturers and overlooking advances in battery technology that have greatly reduced costs. Wood also mentioned that China had taken a much more aggressive approach to electric vehicles.

She reiterated her belief in Tesla, calling founder Elon Musk “our renaissance man.” She believes he needs to “stick around” for the artificial intelligence aspect of the electric vehicle growth story, which she referred to as the “biggest transportation opportunity out there,” noting that autonomous vehicles, which are not yet in operation, could generate $10 trillion in revenue by 2030. 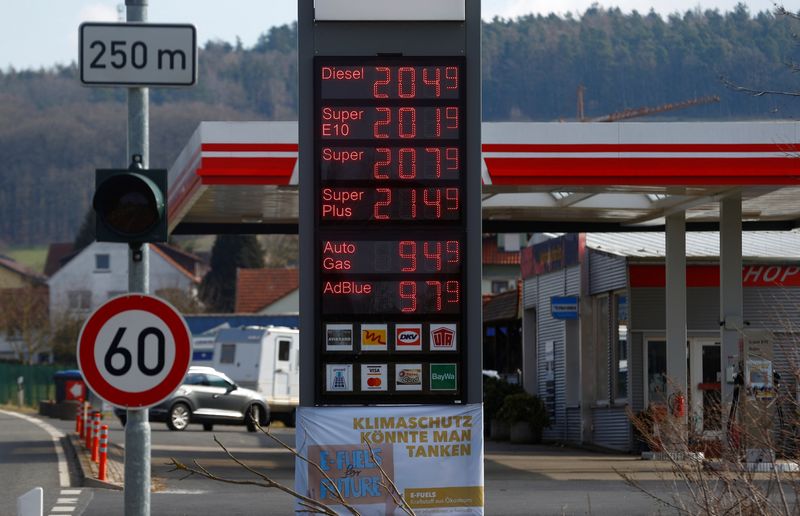 Business News
EU to present options to boost gas stocks, steer away from Russia By Reuters