Mikel Arteta is keen to bolster his Arsenal squad in the coming months after an underwhelming end to the 2021-22 season.

The Gunners looked on course for a top-four finish for most of the season but struggled towards the end of the campaign to slip to fifth, two points behind north London rivals Tottenham.

Arteta needs to sign a new striker following the recent departures of Alexandre Lacazette and Pierre-Emerick Aubameyang, and also wants a new central defender and centre-back.

Former Arsenal striker Nicholas believes Gabriel Jesus would be ‘a very good signing’, with the Manchester City star weighing up his future amid interest from the Gunners, Real Madrid, Chelsea and Tottenham.

‘Under Pep Guardiola he wasn’t a favourite and didn’t always play, but if they get him at a decent price, I’d be amazed if he doesn’t score at least 20 goals in the league for Arsenal,’ Nicholas told BonusCodeBets.

‘That’s what Jesus likes to do. He likes to play around the edge of the box, with a lovely burst of pace, and that’s what Arsenal miss. It would be a very good signing if they could nail him down.’

Writing in a column for Sportskeeda, Merson said: ‘Zinchenko doesn’t play all the time for City, but he’s been a top player for Guardiola and never looks out of place regardless of where he is deployed on the pitch.

‘For Ukraine, he plays as a central midfielder and looks like a proper footballer who can make a difference at any point in the game.

‘A lot of people don’t speak about this, but Zinchenko sort of changed the game for Manchester City after coming on against Aston Villa on the final day of the Premier League season.

‘He had a hand in the first goal and got the crowd going with his work rate and determination, which is exactly what you want to see.

‘Not just in that game, but he doesn’t let the fans or the manager down and is a brilliant player to have amongst the squad.

‘I think a few top teams will look to buy him this summer because he isn’t a guaranteed starter for Manchester City.

‘Zinchenko doesn’t get the credit he deserves and would be a proper addition to any team in world football, it’ll be interesting to see where he lands up.’ 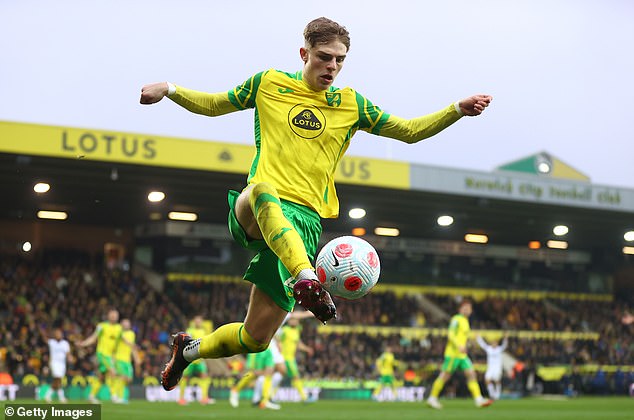