A glitzy copper box containing two lead vials with what Catholics believe is the 2,000-year-old blood of Jesus Christ will soon be returned to the French abbey in Normandy from which it was stolen June 1.

Dutch art detective Arthur Brand, whose sleuthing has led to the recovery of countless pieces of priceless art including gold stolen by Hitler and masterpieces by the likes of Picasso, says he was able to retrieve the blood vials and several other artifacts after the clueless thief got scared.

The person who retrieved the trunk of treasures from the original thief then reached out to Brand, who had been actively searching for the stolen items. “This is as close as one can get to Jesus Christ, The Knights Templar and the Holy Grail,” Brand tweeted after he recovered the items. “As a Catholic myself and a huge Dan Brown fan, it doesn’t get any better.”

Brand said the person who ended up with the loot—who Brand does not think is the person who stole it—made an arrangement to drop the stolen relics at Brand’s home. “This person was approaching me on behalf of another, at whose home the stolen relics were being stored,” Brand told AFP. “To have the ultimate relic, the blood of Jesus in your home, stolen, that’s a curse.”

Brand then waited for more than a week for the return of the art. “I was virtually a prisoner in my own home for a week. I could not leave,” he told AFP.

The relics were stolen from the Fecamp Abbey near Calais, France, after thieves hid after abbey was closed and spent the night pilfering artifacts just two weeks before the “Sacred Blood Celebration” was to be held in which the blood would taken out for worshipers to pray to. In addition to the blood vials—which have drawn droves of Catholic pilgrims each year for the last 1,000 years—the thieves stole a chalice, a ciborium, liturgical dishes, and other works of art and pieces of gold.

The blood in question was kept in a copper box decorated with blue inlays and miniature steeples and is said to have been collected from Jesus’ body when he was crucified more than 2,000 years ago and dumped in the sea in a sealed case. The blood was originally kept in the infamous Holy Grail and then distributed to various Catholic pilgrimage sites like the Fecamp abbey.

But the thieves who stole the relics clearly found they had no value on the black market—especially after news of the June theft—so packed them up and dumped them on the interloper who contacted Brand.

Brand told the BBC that he believes that the thieves “had no idea what it was” but luckily did not destroy the items. “When they realized what it was, that you in fact cannot sell it, they knew they had to get rid of it.” 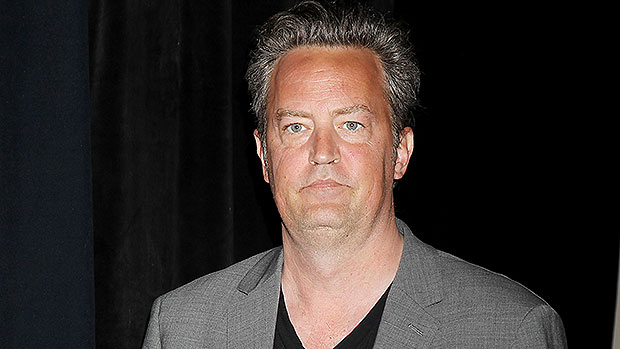 View gallery Image Credit: Dave Allocca/Starpix/Shutterstock Matthew Perry is laying it all out. In a new interview ahead of the{...}