At TIFF, Art Will Tear Us Apart—And Put Us Back Together Again

The 1980 single “Love Will Tear Us Apart” by Joy Division was in part inspired by lead singer Ian Curtis’s failing marriage, in part inspired by the stress of his music career. The song has nothing to do with Steven Spielberg’s cinema à clef, The Fabelmans—which the world-renowned filmmaker would only put out once his parents had died—but it was all I could think of watching Spielberg’s young avatar failing to make a movie his father wants him to, choosing instead to make the movie he wants to, and his outspoken uncle responding: “Art will tear you apart.” Love and art are synonymous here. The demands of art can destroy you, just as much as the demands of love. In the case of Curtis, that was kind of the end of the story (he took his own life a month before his single was released). In the case of Spielberg there is a coda—art will tear you apart, but it will also put you back together again.

Spielberg is famous (infamous?) for never going to therapy, claiming his films get the job done (see the recurrence in his oeuvre of bad dads, bad marriages, and little sex). But The Fabelmans, about a boy with a passion for film whose life is upended by his mother’s affair—Filmmaker Magazine’s Vadim Rizov calls Spielberg’s parents’ subsequent split, “the 20th century’s most famous and culturally consequential divorce”—suggests the cinematic catharsis he has sought since his childhood hasn’t quite delivered. Thus, longtime collaborator Tony Kushner stepped in, acting as an ersatz therapist while writing this semi-autobiography, a stenographer for Spielberg’s happy and not-so-happy memories as the director attempted in his eighth decade to finally resolve what has been alluded to for so long—that, somewhere deep in his subconscious, he remains a fractured little boy from a fractured family whose only refuge is behind the camera. “This film is for me a way of bringing my mom and dad back,” Spielberg said after the world premiere of The Fabelmans at the Toronto International Film Festival. “And it also brought my sisters—Annie and Sue and Nancy—closer to me than I ever thought possible. And that was worth making the film for.”

The notion that art can destroy, often externally—family, career, life’s very balance—while at the same time repairing—often internally, often the artist themselves—in a more fundamental, permanent way, animates a number of the films that appeared at the festival this year. Laura Poitras’s Golden Lion-winning documentary All the Beauty and the Bloodshed is as much about pain—from addiction, from illness, from trauma—as it is about art’s ability (Nan Goldin’s photographs particularly) to expose that pain and ultimately heal it. Aftersun, the debut film by Scottish filmmaker Charlotte Wells, is about a daughter trying to recapture her late father through old video footage she shot, a way to confront grief, past and present, and move on. More directly, How to Blow Up a Pipeline, the thriller directed by Daniel Goldhaber but otherwise a true collaboration (between writers Goldhaber, Ariela Barer and Jordan Sjol as well as the cast and crew), dramatizes the ideas of Andreas Malm’s revolutionary treatise of the same name which critiques the pacifism of climate activism and calls for action; this is a film that literalizes art as both destroyer and savior.

In The Fabelmans, destruction is baked into art from the jump with the young Sammy, at the cinema for the first time, blown away by a train colliding with a vehicle in The Greatest Show on Earth. This collision becomes such an idée fixe for Sammy that he is gifted with a train set he proceeds to almost immediately break by recreating the event—which has his mom suggesting he film it in order to control the destruction. It is with his new Super 8 camera, this conduit for both extinction and resuscitation, that Sammy is eventually able to confront his mother. By this point, she has been straying from her marriage for a while, and her son, now a teenager, has caught it on home video. He confronts her by sitting her in the darkness of his closet as the light of the looped snippets of footage flashes on her face and unfurls in front of her, along with her life, over and over and over again, like that train crash. She’s tearing apart the family. Sammy shows her the tear through his own sort of tear—as his sister says, he is like his mother more than anyone, his allegiance just happens to be to film. And from that tear, healing.

All the Beauty and the Bloodshed also opens on destruction of a kind, with Goldin staging a protest in 2018 alongside her advocacy group Prescription Addiction Intervention Now. Ever the artist, Goldin’s is an aesthetically pleasing act of disruption with the group tossing empty orange bottles of Oxycontin into a water feature in the Metropolitan Museum of Art’s Sackler Wing, all of which bob around like chemical Koi. The title of Poitras’s doc gets at the two-sided coin of artistic practice presented here, a function of Goldin—herself a survivor of the opioid crisis—using her power to make the Sacklers accountable for art-washing their crimes. By pulling her own art from galleries supported by this pharma family, she turns it into a weapon triggered by inaction.

But Goldin’s art is itself a paradoxical force, having originally precipitated from the trauma of growing up with a conservative suburban family that ultimately resulted in her sister’s suicide. Goldin fled to New York and established a new family within the art world, turning them, before they started to die from AIDS one by one, into the subjects of The Ballad of Sexual Dependency, which is dedicated to her late sister Barbara. The piece (both a slideshow and a book) presents Goldin’s photography (which her parents didn’t always support) as a vehicle for her own salvation and that of those around her. “It is as if,” writes Mark Asch in The Art Newspaper, “in the Sackler family, Goldin found the personification of the dominant social order that killed her sister and so many of her friends and colleagues, that gave her art its life-or-death stakes.” Poitras’s doc is a collaborative work between her and Goldin, culminating in footage shot by the photographer of her aging parents airing their regrets, a kind of primordial salve emerging from all the suffering that preceded it.

In Aftersun, another daughter attempts a rapprochement with a parent, specifically her father. Wells, whose dad died when she was just a teenager, calls her film “emotionally autobiographical” and has her 11-year-old avatar filming her dad on MiniDV while on vacation in Turkey in the late 90s, asking off camera: “What did you want to be at 11?” We soon see what went on behind the scenes. Her father, confronted perhaps by painful memories or perhaps by a failure to live up to his past, asks her to switch the camera off—in this case art will only heal the one making it (though never explicit, the film gestures towards the father’s suicide). Soon after, dad starts to unravel, losing his grip on his daughter, who morphs into an adulthood in which she sets out to parse the footage from her childhood. An interstitial leitmotif—her father dancing in a dark club beneath flashing strobes—acts as a sort of memory bank into which she dips in and out, as a child, as an adult. And this is the place to which Wells’s fictional dad, poignantly, in the end, returns—walking down a white hallway, passing through the doors into those lights—suggesting the filmmaker has finally packed him away in her mind. As Wells has said of her work: “They are all about characters denying or avoiding something.” Aftersun does the opposite.

“This was an act of self-defense,” is the last line of How to Blow Up a Pipeline, Goldhaber’s thrilling spin on Malm’s climate revolution book. While Malm makes a case for slashing tires and going so far as the title, Goldhaber picks up the gauntlet and runs with it, if not exactly giving us a step by step guide, at the very least making sabotage look like something you might actually want to try. (The director intentionally borrowed from the big-budget action playbook that “blockbusters have a monopoly on.”) “Every single movie about progressive action is a tragedy, from Night Moves to Nocturama to Judas and the Black Messiah,” Goldhaber told Inside Hook. “But there’s a subtly conservative notion running through all these stories, which amounts to ‘Don’t try, because you will fail.’ The major thing that we wanted to feel different is that this time, they get away with it.”

The eight protagonists’ various races, classes and provenances in Pipeline are beside the point as the climate crisis has galvanized them into collective action. And it is that action that is the point. “They don’t blow up a pipeline and solve climate change,” Goldhaber explained. “The doing of it is the narrative catharsis in the same way that it is in a heist movie.” In other words, the big payoff is watching that titular tube spectacularly torn apart, while at the same time knowing—just as with Aftersun, just as with All the Beauty and the Bloodshed, just as with The Fablemans—that the art will pick up the pieces. 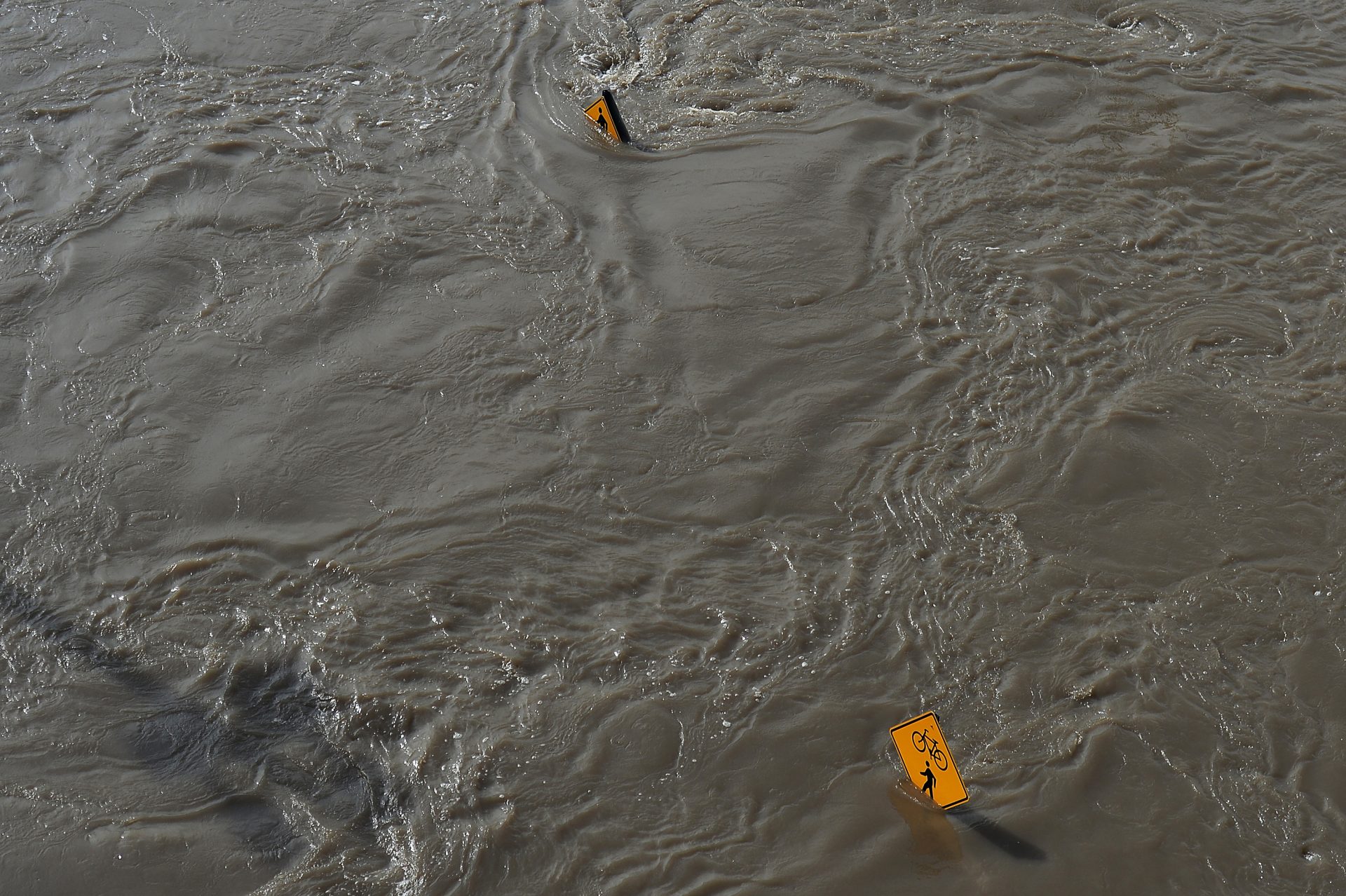 Keke Palmer is sick of struggling with her skin issues. The 28-year-old actress took to social media to vent her frustrations with{...}

One of the uniquely enraging things about Donald Trump is his lifelong ability to evade responsibility for every underhanded, unethical,{...}