The Breaking Bad Cinematic Universe (or BBCU) is populated with people who possess superhuman powers of perception. They play the game of life like chess masters, correctly predicting their opponents’ next three, four, even five moves. Lalo, Gus, Kim, Jimmy, Walter—they all possess this ability, to a greater or lesser degree. It’s not realistic, per se, but it’s fun to watch.

The show also encourages us, as viewers, to dust off our own powers of perception and try to deduce larger truths from small pieces of information. Take this week’s cold open. At first, all we see is sand. That’s nothing new—the whole show is set in the New Mexico desert. But wait: there’s water. It’s the ocean. A shoe is floating in the ocean. A man’s shoe. A lawyer’s shoe, you might even say. As the camera pulls out, we see more: a car, an open driver’s-side door, a vanity license plate. NAMAST3. And here, on the dashboard, a wallet and a wedding ring.

We know this is the late Howard Hamlin’s Jaguar. We know we’re far from where Howard died, because there’s no ocean anywhere near Jimmy and Kim’s apartment. We can deduce that someone set this up to look like a suicide. And we can deduce that the person who did was not Lalo Salamanca. Lalo’s planning powers are second to none, but he’s not big on cleaning up after himself.

My first thought, then, was that Jimmy and Kim set this up. But I was wrong. This staged suicide was too perfectly conceived and executed even for them. I should have known from the beginning there was only one person who could pull it off: Mike.

After that, we’re plunged back into the hellish scene in Jimmy and Kim’s apartment, with Howard still dead on the floor and Lalo still smirking and brandishing his silencer. Tony Dalton’s portrayal of Lalo has been inspired from the start, but his Jokerish antics really shine in this scene, as he explains, in a voice worthy of a preschool teacher, that he has a simple job for Jimmy. All he has to do is drive to Gus Fring’s house, ring his doorbell, calmly empty a loaded revolver into him, then drive back. “This guy, he’s a housecat,” he says, not very reassuringly. “He kinda looks like a librarian!”

Once Kim is gone, however, Lalo finally drops the Mr. Charming routine, not that it was fooling anyone. He ties Jimmy to the chair, gags him, tells him he blames Nacho for slaughtering his household in Mexico, and says he’ll be back for answers. Before he goes, he cranks up the volume on the old movie Jimmy and Kim had been watching to drown out his captive’s screams. When Lalo finally does go, Jimmy struggles to get loose, but only manages to fall sideways onto the floor, where he ends up face to face with Howard’s corpse.

This movie on the TV. What is it? Could it hold any clue to what’s in store in the show’s final episodes? Well, it’s a 1950 film called Born Yesterday, and the blond actress whose face was frozen on the screen during all the commotion is none other than Judy Holliday. Here’s the first paragraph of Wikipedia’s plot summary:

Bullying, uncouth junkyard tycoon Harry Brock goes to Washington, D.C., with his brassy girlfriend, Emma “Billie” Dawn, and his crooked lawyer, Jim Devery, to “influence” a politician or two. As a legal precaution, Devery presses Harry to marry Billie, as a wife cannot be forced to testify against her husband.

A woman who marries her husband so she can’t be forced to testify against him. That concept ring a bell? Yeah, thought so.

To expand Billie’s horizons, Harry hires a journalist named Paul to tutor her (played by William Holden, so you know where this is going). It turns out Billie is pretty damn smart, and she and Paul fall in love.

When she stands up to Harry, he reacts violently, striking her and forcing her to sign the contracts related to his crooked deal. Meanwhile, Devery has persuaded Harry to sign over many of his assets to Billie to hide them from the government. When Harry experiences Billie’s new independence, he tries to intimidate her into signing his assets back to him. Billie and Paul use her leverage to escape from Harry’s domination. She promises to give him back his property little by little as long as he leaves them alone. A brief final scene reveals that Billie and Paul have married.

What does this tell us about where Better Call Saul is headed? Anything? If Kim is Billie, is Jimmy Paul or is he Devery? Is Harry Lalo? Or is he Gus? One thing we know for sure is that Kim and Jimmy are not headed for a classic Hollywood ending. Could it be that Jimmy is Harry, and Kim will use her legal and economic powers as his spouse to get clear of him once he finally breaks bad for good?

From there, we warp ahead from 1950s cinematic references to the pop-cultural landscape of the 1980s, as Kim races to Gus’s house to the sound of a pulsing beat worthy of the original Miami Vice series. Things start happening fast, in the dark, while those retro beats pulse away. The other 80s touchstone that came to mind is Beverly Hills Cop. Like Gus, Eddie Murphy’s Axel Foley had an almost supernatural ability to see around the next corner and stay one step ahead of his adversaries. And lest we forget, one of those adversaries was memorably played by a gruff, cold-eyed character actor named … Jonathan Banks!

The San Diego Convention Center’s main stage was rebranded as Starbase H for a brief while on Saturday, as Paramount{...} 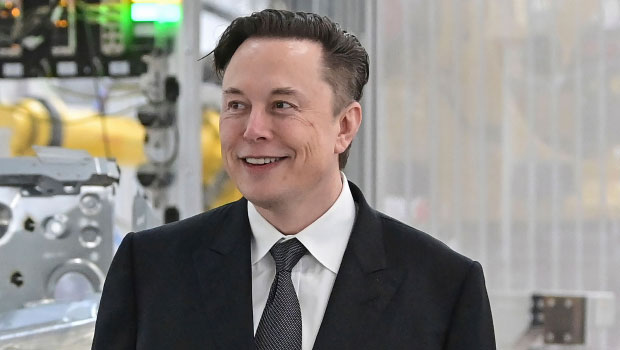 Every week, Artnet News brings you Wet Paint, a gossip column of original scoops. If you have a tip, email{...}