But as President Joe Biden prepared to decamp to New Mexico on Saturday, the worst of their fears were averted, it was clear the president salvaged something — however modest — out of his tough circumstances.

“Some people thought it would be a ‘debacle,’” said Gerardo Munck, an expert on the region from the University of Southern California who participated in a summit-related discussion Friday. “The absences of Mexico and three Central American countries was certainly a loss for the administration. But I see things looking better for Biden and Co. now.”

Despite the absence of the Northern Triangle countries of El Salvador, Guatemala and Honduras, along with Mexico and several other nations, Munck said Biden still advanced the discussion on a set of specific U.S. proposals focused on the hemisphere: In the Los Angeles Declaration, a nonbinding migration blueprint unveiled by the summit leaders Friday, the group established legal pathways to enter the countries and set new parameters around aid.

The Biden administration has committed to a three-fold increase in resettling 20,000 refugees from the Americas over the next year. Other pacts revolved around addressing climate change and driving clean energy, advancing food security, mobilizing new investments in the region and incentivizing increased trade, though they lacked major funding and many specifics.

“There is no reason why the Western Hemisphere can’t be the most forward-looking, most democratic, most prosperous, most peaceful, secure region in the world,” Biden said at one of the plenary sessions. “We have unlimited potential. We have enormous resources and a democratic spirit that stands for freedom and opportunity for everybody.”

The remarks were few made at the summit by Biden, who decided to skip the traditional closing press conference Friday. First lady Jill Biden seemed to channel her husband’s pique at the media after the summit ended, telling a Democratic fundraiser she had issues with an “unfair” piece in The New York Times citing the migration pact being met with skepticism. She said that gave her a “pretend shriek.”

The president backed her up: “The press will probably not say it,” he added, “but I wish they’d go back and interview all the heads of state and the Latin American Conference we just had.”

Tension shadowed the summit from the start. The U.S. opted against inviting the autocratic nations of Cuba, Nicaragua and Venezuela because of political optics and the countries’ human rights records. That inflamed other nations in the region, prompting Mexican President Andrés Manuel López Obrador to skip the summit and send his foreign minister instead.

Other nations also boycotted while some that did come, including the leaders of Belize and Argentina, used their moments in the spotlight to upbraid Biden for excluding their neighbors.

“The silence of those who are absent is calling to us,” said Argentina’s Alberto Fernández, who insisted the host country did not have the power to impose “right of admission” to the conference.

“We definitely would’ve wished for a different Summit of the Americas,” Fernández said.

Biden, in one of the sessions, acknowledged the discord over attendance, but sought to refocus the conversation. “Notwithstanding some of the disagreements relating to participation, on the substantive matters what I heard was almost unity — uniformity,” he said.

Yet Latin America has not been a priority for the Biden administration. Even the White House’s lead liaison to the region – Vice President Kamala Harris, tasked with stemming migration to the U.S. from the Northern Triangle nations – has visited the region only twice since January 2021. Biden himself has not yet set foot in Latin America as president.

“Because of its proximity, the region has outsized importance to us. Despite that, we don’t pay much attention to it, which has been true for many administrations,” said Richard Haass, president of the Council on Foreign Relations. “The summit created frameworks, that’s good. But the jury is out as to whether they lead to anything. The U.S. is going to need to follow up, is going to need to pay sustained attention and is going to need to devote real resources.”

Beyond the drama over the guest list, some of the proposals unveiled and new policies previewed by the Biden administration lacked detail, adding to a sense that the summit wasn’t the fulsome diplomatic affair as originally expected. Sparsely attended rooms in summit sessions and a general lack of excitement inside and outside the venues were recurring topics of conversation on the sidelines.

Even Biden’s first encounter with Brazilian President Jair Bolsonaro — referred to as “Trump of the Tropics” — lacked spectacle, especially since Bolsonaro had recently mocked Biden’s age (at 67, he’s about 12 years younger than the U.S. president) and complained that he had been personally snubbed at the G20 summit last year (“he passed by as if I didn’t exist!” Bolsonaro complained).

The summit arrived at a busy and challenging time for the West Wing.

The war in Ukraine remained front and center of its foreign policy team, with administration officials already preparing for a pair of European summits at month’s end — the G7 in Germany, NATO in Spain — that could play a central role in charting the course of the West’s ongoing resistance to Russia’s invasion.

At home, too, the summit was overshadowed by the gripping kickoff to the Jan. 6 House committee hearings as well as the ongoing gun safety debate that has roiled the nation since the mass shootings in Buffalo, N.Y., and Uvalde, Texas. And perhaps most immediately, the dominant headline Biden woke up to Friday in Los Angeles on inflation reaching a 40-year-high — likely remaining the defining issue for this November’s midterm elections.

Biden’s schedule here offered as much non-summit activity as summit — flanked by stops at “Jimmy Kimmel Live!”, a speech at the Port of Los Angeles on the economy, and a pair of fundraisers for the Democratic National Committee.

But even at and around summit events, Biden’s mind drifted to the drama unfolding back in Washington around the Jan. 6 hearings — comparatively must-see-TV that was watched by 20 million people. Twice, Biden made impromptu remarks about the hearings, though he told reporters late Thursday he had been too busy to watch them in real-time.

Biden took few questions in LA, instead hewing to his summit script and other prepared remarks. But at the port stop, during a speech that called out oil giants, the president was asked whether his administration planned to go after Exxon’s soaring profits. He stopped, offering that oil companies “have more money than God.”

The summit’s host city provided a strange and at times uncomfortable backdrop for a nation drafting agreements with disadvantaged counties to improve the quality of life abroad — while increasingly struggling to tame the chaos on its own streets.

Officials heralded Los Angeles as a beacon not just for America, but the nearly two dozen heads of state and their entourages who gathered here.

Outside, however, the unmistakable smell of urine wafted through the warm night air. The deteriorating condition of downtown Los Angeles — where rows of tents housing the homeless lined the street—didn’t go unnoticed by the foreign dignitaries. Nor did the 7-Eleven where store clerks keep the door locked during operating hours because they’ve been robbed so often.

“The best and worst of the Americas,” Belize Prime Minister John Briceño remarked about the host city. Here, amid the hotel restaurant with $16 avocado toast and the 71st-story steakhouse with its $175 seafood towers, “too many have too much, and too many have too little,” he noted.

At the tail end of the summit, Biden declined to say how his private talks with the assembled world leaders went. Asked if he was confident the whole thing went well, he brushed aside the chance to offer a detailed assessment. “I’m always confident,” he said. 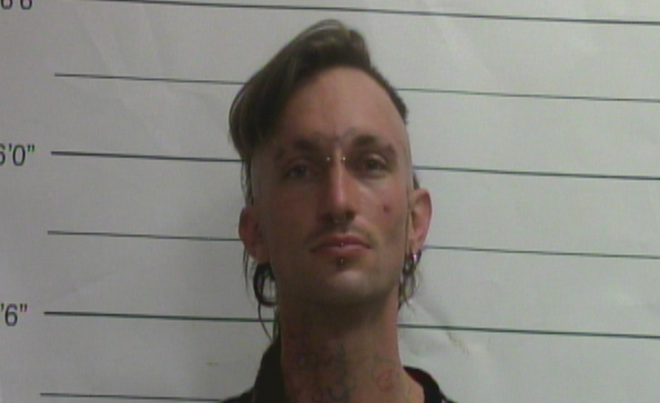