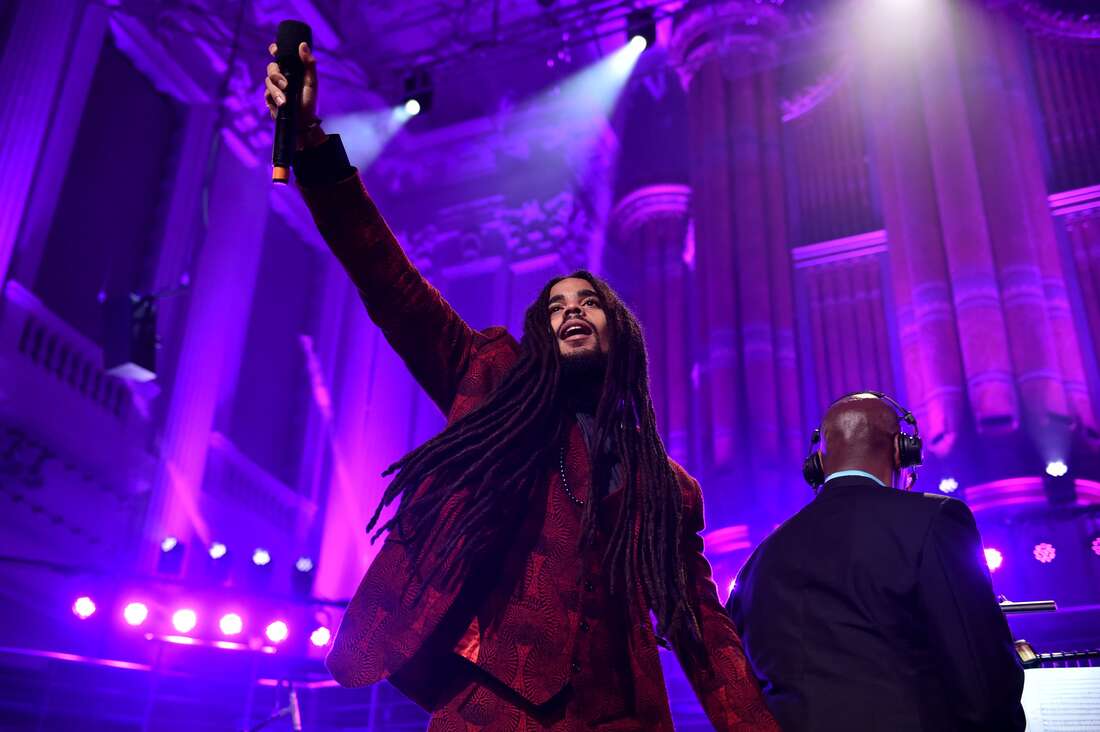 A bold musical adventure has unleased a classical dimension to 10 timeless songs from the catalogue of the world’s most popular reggae musician.

When Chi-chi Nwanoku, the founder of the Chineke! Orchestra, the UK’s first and only majority black orchestra, received a call from Island Records saying they wanted to make a new recording of Bob Marley’s greatest hits, she was stunned.

“I was thinking ‘how can you do that, is this not sacrilege, the music is already perfect,’” she recalls while sharing the story of the new album Bob Marley with the Chineke! Orchestra.

“Similar recordings of songs by icons like Aretha Franklin, Elvis Presley, have been done with the London Symphony Orchestra and the Royal Philharmonic Orchestra,” she told the BD Life.

“But they said when it came to giving the same treatment to Bob Marley everybody agreed that it had to be with the Chineke! Orchestra.”

The orchestra whose name translates from the Ibo language, as the ‘great creator of all good things was the brainchild of Chi-chi, the daughter of a Nigerian father and an Irish mother. In a career spanning more than three decades, the double bassist stood out as the only black person not just on the stage, but in the huge venues where she played.

“I got to a stage in my career where I had a lot of credibility and felt confident that something could be done about creating diversity in classical music,” she says. And so it was that the Chineke! Orchestra was born in 2015 and is today one of the most sought-after ensembles in Europe as the Bob Marley album attests.

After several meetings with Island Records, Chi-chi was convinced that the project was not going to mess with the music of Bob Marley. The recording was done at the legendary Abbey Road Studios in London where the Beatles recorded their biggest hits in the 1960s.

“Once the musicians had gotten over the excitement, then having Bob Marley and the Wailers in our headphones while we were playing with the click track, was just uplifting. Everyone had a smile on their face throughout the recording,” she says. “We played from the heart; we were not just playing the notes.”

“Some classical musicians may feel snobbish about playing reggae. It is ridiculous. This is the highest form of music and we have joined forces with Bob Marley’s music and lifted both art forms even higher.”

Even though the album was released in the last two weeks, the recording was done three years ago. The original plan to release the album during the 75th anniversary of Bob Marley’s birth in 2020, was delayed to settle all the contractual issues between the Marley family, and his estate, and then the pandemic pushed the release even further.

The album has met an enthusiastic reception from the Marley family with Bob’s grandson Skip Marley, performing with the Orchestra during a special concert in Birmingham last week in the presence of his mother Cedella.

The concert which was Skip Marley’s UK debut marked the 50th anniversary of Bob Marley’s first show in the city, the 60th year since Jamaica attained independence, and was celebrating the host city of the 2022 Commonwealth Games.

Chi-chi, who was awarded an OBE (Order of the British Empire) by Queen Elizabeth in 2017 for services to music, is emphatic that the Marley music remains in its original form on the album.

“This is an arrangement for strings around the music, it is like an accompaniment to the recording. We have not changed the music. I would not dream of it.”

“What this has done is enhance the message of Bob Marley, it lifts his music but we haven’t changed a single thing. His message is there loud and clear, nothing has changed. It is just a broader dimension because there is a string orchestra around it.”

It is enchanting to hear the strings at the opening of the Exodus before the familiar thumping one-drop bass sets in, or the lilting instrumentation that accompanies the smooth rhythm of Stir It Up. Other favorites given a similar lift are One Love/People Get Ready, Is This Love and Redemption Song.

“People who love Bob Marley will suddenly hear a string quartet with it and think ‘wow! I play the viola, maybe I could join the Chineke! Orchestra,’” says Chi-chi.

“I want people to enjoy it with open hearts and minds and dance and think of this great prophet; Bob Marley was a prophet. Just listen to the words of every track. The words are still relevant today.”

She says it is sad that some of the lyrics that Bob wrote during his lifetime are still true which shows that we have not made much social and political progress since then.

© Reuters. FILE PHOTO: U.S. ambassador to Russia John Sullivan walks past members of the Federal Protective Service as he{...}