Brad Pitt splashed out on a historic $40 million bachelor pad located on the cliffs of Carmel, California.

The actor recently purchased the D.L. James House built in 1918 and located on 2.51 acres in the Carmel Highlands along California’s central coast, according to the Wall Street Journal. The 3,000-square-foot mansion was never publicly listed for sale and sold off-market at a purchase price that local agents told the outlet makes it the most expensive home ever sold in the Carmel area.

Prior to Pitt’s purchase of the home, it was owned by Searock, an LLC formed by Chicago financier Joe Ritchie, who died earlier this year, and his wife, Sharon Ritchie. The couple purchased the property in 1999 for $4.5 million. The D.L James House was designed by the prominent early 20th-century architect Charles Sumner Greene known for pioneering the American Arts and Crafts movement. The home was built out of locally quarried sandstone and granite, featuring a tiled Mediterranean-style roof, arched windows, and panoramic views of the Pacific Ocean. It is named after its first owner, writer Daniel Lewis James who published his work under the pseudonym Danny Santiago.

In the book Greene & Greene: Architecture as a Fine Art, author Randell L. Makinson describes the building as, “The most creative and ambitious work of Charles Greene’s late career and the most significant structure outside of the Greenes’ wooden bungalows, the James house is a monument unique in this country. The stone structure seems to have grown out of its site atop the rocky cliffs south of Carmel. At places it is difficult to ascertain just where nature’s rock has ended and man’s masonry genius has begun.”

In addition to adding to his real estate portfolio, Pitt has also been busy promoting his new film Bullet Train, but is trying to spend all of his downtime hanging out with his six kids, according to a source close to the actor who recently spoke with People. “Brad has dinner with his younger kids when they are all in L.A.,” they said. “Since the kids are older now, they have their own life and friends. Brad still has a pretty good relationship with them.” And despite his ongoing divorce proceedings with his ex-wife Angelina Jolie, the insider added, “Brad has his movies, he has Miraval and he has these other [passions]. He loves architecture, he loves creativity. He’s living his best life under the circumstances.”

There’s never a dull day in Hilaria Baldwin‘s life as a mom of seven. In fact, the Witches Anonymous podcast{...}

Ten years ago, the actor Amy Adams delved into perhaps the greatest deconstruction of fairy tale tropes ever written, Stephen{...} 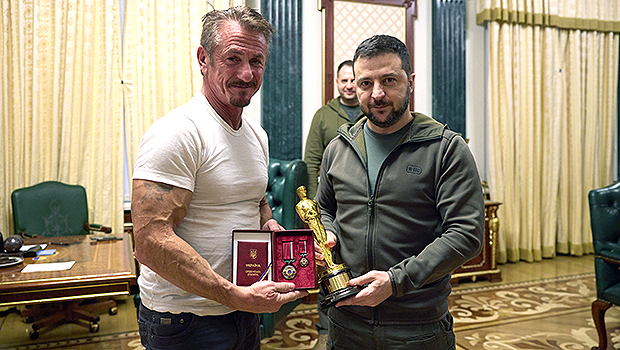