Manchester United gave an opportunity to 22 players in the opening pre-season game against Liverpool.

One of the half-time substitutes was Amad, who took a little while to get going, and ended the match with an assist.

It was an excellent instinctive piece of play from the teenager as United cut Liverpool apart on the counter attack to seal a 4-0 win.

Amad assist gave a glimpse of his quality, and will have given him a big confidence boost. It was good to see him link up with Facundo Pellistri, who he was playing alongside for the very first time.

The duo could be competing for a first team spot next season, but there was no hint of rivalry, with the pair combining to lethal effect.

Amad posted on Instagram after United’s 4-0 win, and he was congratulated by teammate Bruno Fernandes, which the Ivorian winger clearly appreciated.

Amad’s match wasn’t entirely convincing. He still has to prove he is not too lightweight, getting barged off the ball by Alex Oxlade-Chamberlain early in the second half.

Yet he showed if United can get the ball into his feet, then he can do the rest, playing in the perfect pass for his teammate.

Let’s see if he can build on this during the next three tour matches in Australia. 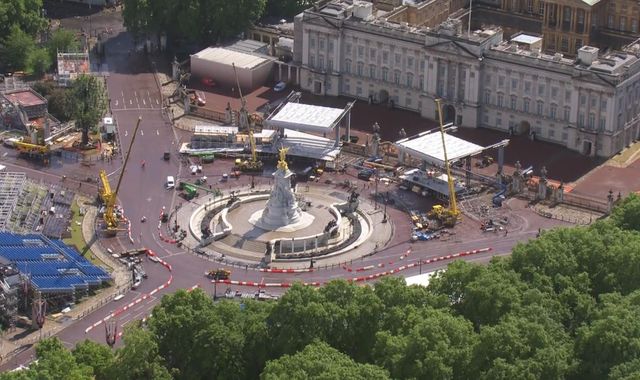 Buckingham Palace should be open all year round – like the Vatican and the White House – to pay for{...}

An amber traffic warning has been issued for this weekend as an estimated 15 million bank holiday leisure trips are{...}

Fire chiefs have warned that cities in the UK need to prepare for wildfires after dozens of “unprecedented” blazes broke{...}