Caitlyn Jenner is “happy” for her family to be able to continue their reality TV legacy with their new Hulu show, “The Kardashians.”

“I was there when this started from day one,” wrote Caitlyn, whom Variety reported “will not appear” in the upcoming series.

“I watched it grow. And doing the show for almost 20 seasons was one of the highlights of my life,” she added of “Keeping Up With the Kardashians.”

“To be able to work with my family for all those years, connect with the fans, it was incredible. Happy that it continues for my family.”

However, the former couple divorced in 2014 after 23 years of marriage and two daughters of their own: Kendall Jenner and Kylie Jenner.

The couple’s relationship fell apart just as Caitlyn began to transition into a woman — even though she had her family’s full support.

But when the retired decathlete released her memoir, “The Secrets of My Life,” in 2017 and seemingly badmouthed Kris, it caused a rift between Caitlyn, her former stepdaughters and her ex-wife.

On “KUWTK,” Kris fumed that everything in the book was “made up.”

“None of it makes sense,” she told her daughters in an April 2017 episode.

“I read it and basically the only nice thing she had to say was that I was great socially at a party one time,” the famous momager added. “Everything she says is all made up. Why does everything have to be that Kris is such a bitch and an a–hole?”

Caitlyn only appeared on “KUWTK” until 2016 but was invited back for the show’s final season in 2021.

“The Kardashians” premieres April 14 on Hulu.

ENTERTAINMENT
‘He has an iron stomach’: Meet the man who put Tom Cruise in the sky for Top Gun 2 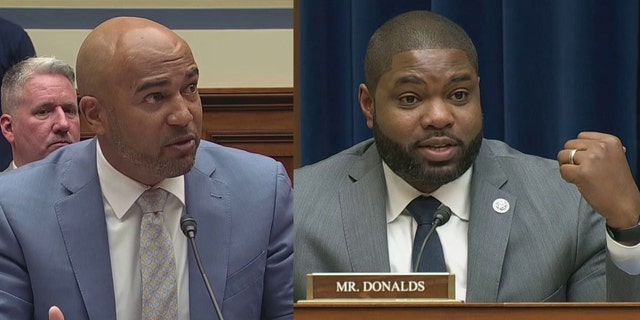