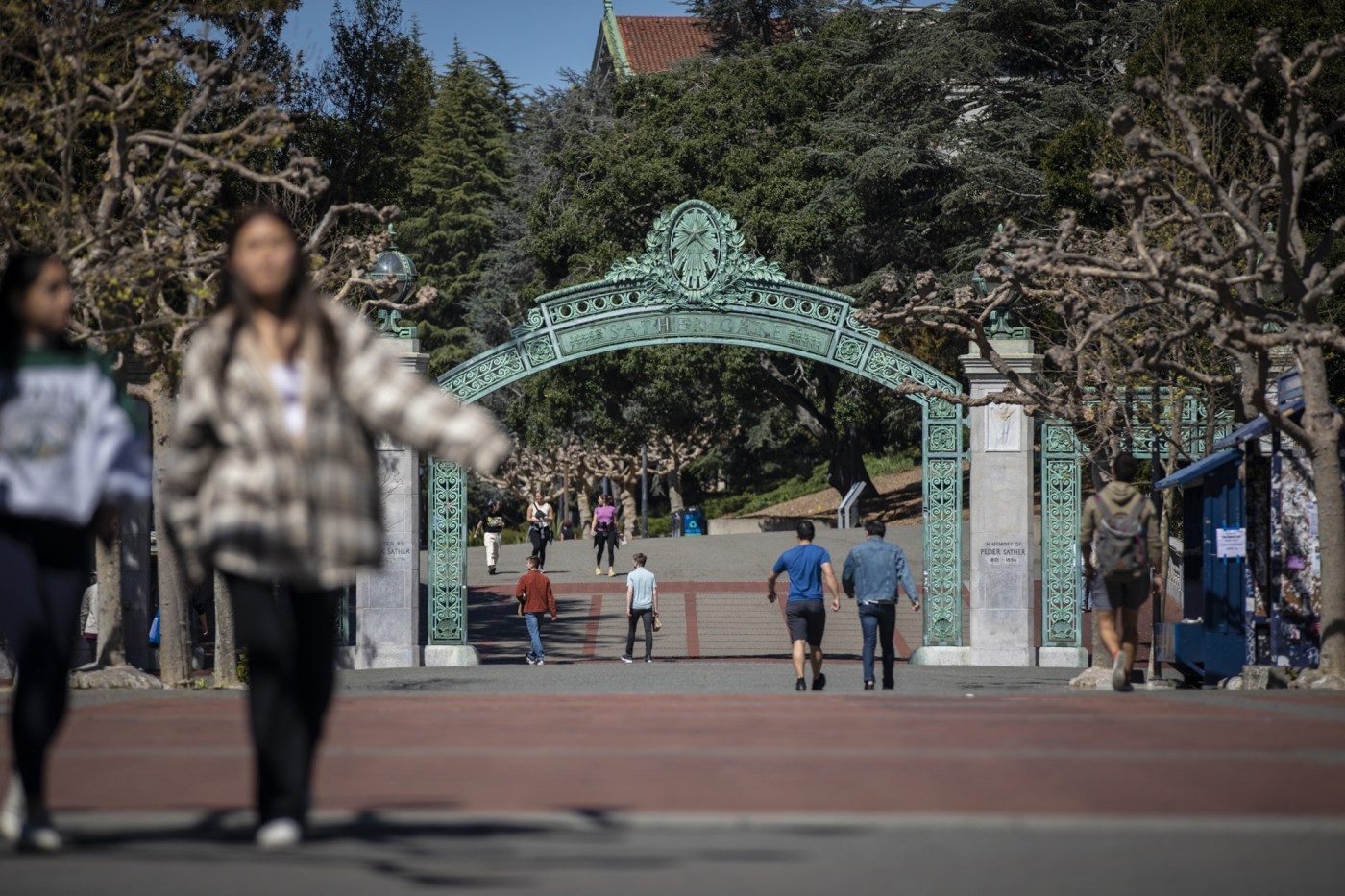 California is on track to remove any reason for its public university students to take out student loans.

Known as Middle Class Scholarship 2.0, the “debt-free” program is slated to receive its first infusion of money this summer: a cool $ 632 million that lawmakers and Gov. Gavin Newsom promised in last year’s state budget that they said they’d fund this year.

If that money appears in the state’s budget this June, an anticipated 246,000 California State University students and 114,000 University of California students will receive this aid to help finance their educations starting this fall. Students at other California campuses, including community colleges, are ineligible.

The money will have an immediate impact on low- and middle-class students whose families generally earn less than $ 201,000. The exact amounts students receive will vary, but grants will range between $ 1,000 and just over $ 3,000 on average in the program’s first phase. Students in higher-income households will typically get the larger amounts to make up for the lack of aid they receive from other state and federal grants.

The awards reflect a portion of what students would get if lawmakers funded the whole $ 2.6 billion price tag. By committing $ 632 million this fall, the state is funding 24% of the program’s total cost, so each eligible student would receive 24% of the total amount they’d get were the scholarship fully funded.

Even at partial funding, those added dollars will likely lower student debt loads if lawmakers actually fund and maintain the program. Across the UC and CSU, students who borrowed federal loans and graduated in 2019-20 typically took out about $ 15,000, according to a CalMatters analysis of federal data. (Some students may also take out private loans or have their parents secure federal loans.)

Last year, lawmakers hailed the budget deal to fund the downpayment this year as something that will “ultimately eliminate the de facto requirement for lower- and middle-income students to rely on student loans to attend CSU and UC.”

There is no schedule for when lawmakers will fully fund the scholarship.

“It will still fall short of creating a real viable path to a debt-free, quality public degree in California,” said Jessica Thompson, vice president at the California policy group The Institute for College Access & Success.

While that first wave of money is likely a sure thing, it is still unclear whether the state will also expand its vaunted Cal Grant program to another 150,000 students as some lawmakers are currently seeking.

The decisions facing the Legislature and Newsom come down to somewhat competing but ultimately complementary visions of funding financial aid in California.

With the enhanced Middle Class Scholarship, which builds on an existing program, many students will definitely get something.

Expanding the Cal Grant program means another roughly 36,000 students would get their tuition fully covered at the UC and Cal States. An additional 109,000 community college students would receive non-tuition grants of $ 1,648, plus free tuition if they transfer to a UC or Cal State.

Several thousand students at private colleges would also get awards. The expansion, which would be made possible under Assembly Bill 1746, would effectively remove all the eligibility barriers that advocates say have plagued the Cal Grant, the state’s chief financial aid vehicle. Roughly half a million students receive the Cal Grant already.

But those extra students result in new annual Cal Grant costs that rival the price tag for the Middle Class Scholarship overhaul.

The Cal Grant expansion will cost anywhere from $ 250 million to $ 350 million for the tuition waivers and community college student grants. Then there’s another $ 130 million to $ 150 million to fund the $ 6,000 supplemental grant that parents who are students receive if they’re already Cal Grant recipients, among other add-ons, for a potential total of $ 380 million to $ 500 million or more.

Lawmakers of the Higher Education Committee unanimously approved the bill on Tuesday. About 40 students and advocates spoke in support of the bill by phone and in person, but it still faces a long road legislatively and in the state’s budget process.

The high costs were one reason Newsom vetoed a bill expanding the program last year, though he and the Legislature did loosen eligibility requirements to allow more than 100,000 new community college students to begin receiving grants for the first time.

One leading lawmaker wondered whether the state is rushing to fund the revised Middle Class Scholarship that’ll benefit a large share of middle-class students before it secured Cal Grants for all low-income college students.

“What can we as a Legislature do now to make sure that this is taken care of before we start putting in so much money into the Middle Class Scholarship Program?” asked Assembly Majority Leader Eloise Gómez Reyes, a Democrat from Colton, during a March budget subcommittee hearing.

“My colleagues and I are paying close attention to this bill’s progress (AB 1746), while our top priority continues to be on proper implementation of Cal Grant and the changes to the Middle Class Scholarship implemented last year,” she wrote in an email last Friday.

The Legislative Analyst’s Office proposed something of a middle path: Before pouring money into the Middle Class Scholarship in subsequent years, the state could instead increase the grants the poorest Cal Grant recipients receive by $ 1,000 to $ 2,648. Doing so prioritizes the poorest students first while still moving the state closer to a debt-free promise.

Adding more students to the Cal Grant is also more of a fiscal commitment for lawmakers than the Middle Class Scholarship. Because it’s an entitlement, anyone eligible for the Cal Grant will get it, even during budgetary lean times – unless lawmakers expose themselves to political precarity by limiting the Cal Grant’s scope, something they did not do during the 2020 budget cuts spurred by the pandemic . The Middle Class Scholarship will always depend on how much money lawmakers want to send it annually.

One flaw in the debt-free program is its timing.

Most colleges require students to commit to enrollment and put down a deposit by May 1.

The California Student Aid Commission, the state agency that’ll operate the grant, told lawmakers in March that it won’t be able to inform students of their award until July – well after the May 1 deadline.

That’s because the UC, Cal States and the aid commission need that time to calculate how much institutional aid and Cal Grant support is going to every student – on top of all other aid, like federal Pell grants. Only then can the aid commission tack on the Middle Class Scholarship amount.

It’s a lot of work. Every student’s cost of attendance and financial picture is different and ranges from around $ 24,000 to $ 38,000, depending on the campus. Two students with the same family incomes may also have different costs because one plans to live at home while another lives off campus, typically a more expensive option. Meanwhile, some housing markets cost more than others, another reason cost of attendance varies.

Also, the Middle Class Scholarship’s funding is determined in June (so, after May 1) – when lawmakers and the governor agree on a state budget for the next fiscal year.

That means new students will not know their full financial aid package until after they have to commit to a Cal State or UC – a quirk that will remain in the program unless policymakers find a workaround.

“We are working with the California Student Aid Commission to resolve concerns that have arisen about the program, and are evaluating if any legislative fixes might be necessary,” Atkins said by email.

Typically, campuses send first-time freshmen students their preliminary financial aid packages before May 1, allowing them to determine which college or university is the most affordable. Campuses then send final letters around early June.

These may not be significant worries when the Middle Class Scholarship grants are on average $ 3,000 or less. But if lawmakers grow the program, those grants may get large enough to potentially affect the attendance decisions of students – especially if a private college is promising more aid initially, only for a UC or Cal State to be less expensive after the Middle Class Scholarship is calculated.

Ryan King, a UC office of the president’s spokesperson, wrote in an email that the system will help students “make informed decisions over the summer about the other choices they face, such as whether or not to consider a student loan.”

UC Riverside’s director of financial aid, Jose A. Aguilar, does not think the delay in when students will find out they’re getting additional money will influence their enrollment patterns. That’s based on his observations administering campus scholarships. Whether students get those or not, they’ll still end up attending the school of their choice, he said.

He also notes that the delay affects all UC and Cal State campuses equally, so no public university has a competitive advantage over the other in letting students know they’re getting more financial aid.