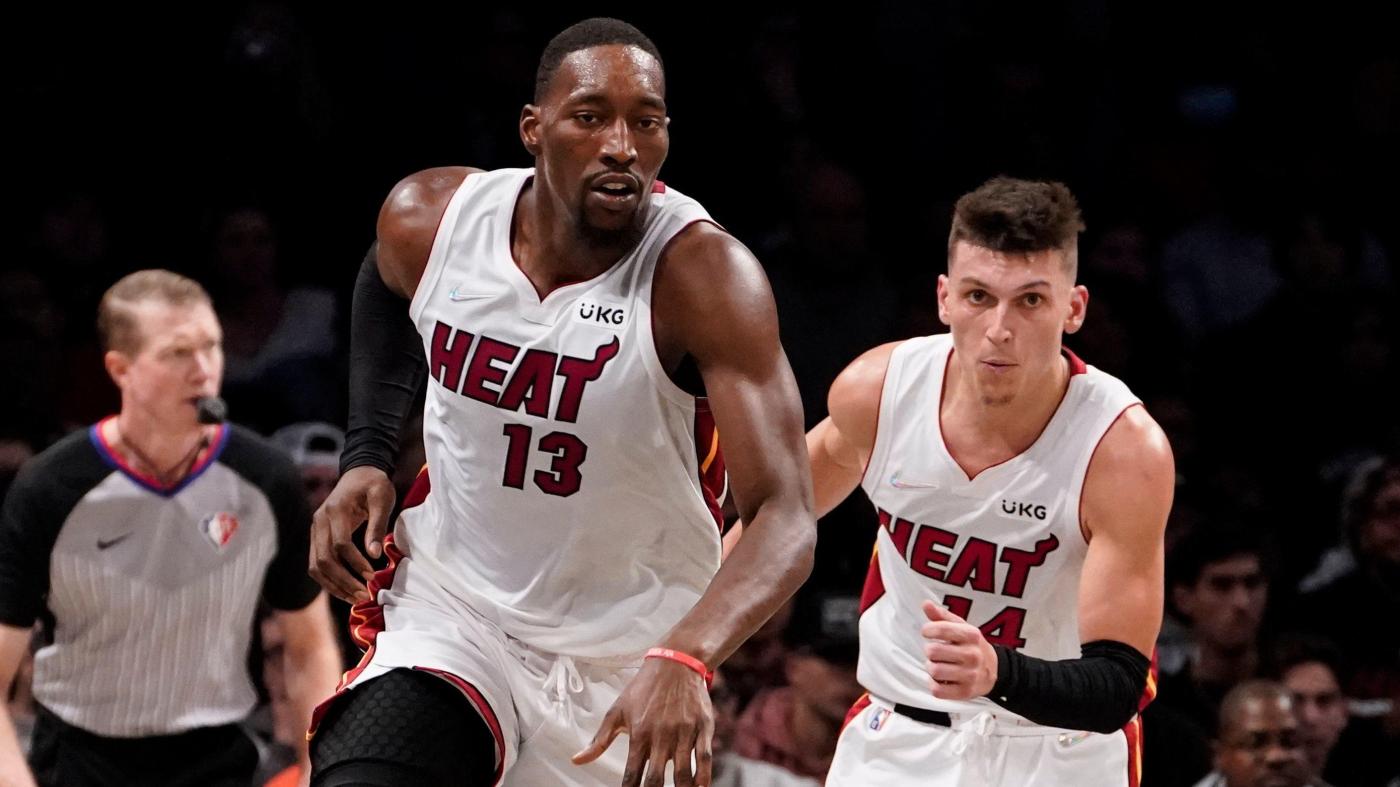 Q: Bam Adebayo and Tyler Herro? It’s good to be up 2-0, but I can not help to feel concerned with their start. – Marc, Arlington, Texas.

A: And that is reasonable. But that’s also part of the ensemble composition of the Heat. Tuesday was largely an outlier, with Jimmy Butler so dominant with his 45 points. But for the Heat it typically has been one player one night, another player another night. Look, it’s not as if Kyle Lowry was overwhelming, either, in Tuesday night’s victory. Now, if Bam Adebayo goes through a whole series like this, then the concern level would rise, especially if Joel Embiid is next. Similarly, the Heat will need something closer to Tyler Herro’s Sixth Man of the Year self for enduring. For now, though, it’s about doing whatever is required at the moment. Look, Duncan Robinson went from hero in Game 1 to zero (points, shots, 3-point attempts) in Game 2. But, yes, you are correct, there has to be more than Herro’s 1 of 8 on 3-pointers so far this series, or Adebayo’s 7.5 scoring and 5.0 rebounding averages. But, again, 2-0 with that. So imagine the possibilities with something more.

Q: It never gets old. The NBA playoffs are about superstars having great games and fans getting to enjoy. Jimmy Butler was phenomenal. Erik Spoelstra said you can look at all the numbers and stats, but superstars know how to win in the playoffs. – Stuart.

A: And with anything less, the Heat might be looking at 1-1 headed to Atlanta. Jimmy Butler saw what was needed on Tuesday night and took it from there. And it certainly helped that Clint Capela was not there to backstop the Hawks’ defense.

Q: Is it too early to start stressing out about the 76ers? They look really good. – Jeffrey, Miami.

A: Yes, they do. And yes, it’s too early. First the Heat have to take care of matters against the Hawks. Then the 76ers have to show they can win in Toronto, where Matisse Thybulle is ineligible because of his non-vaccinated status. Although, unless Scottie Barnes is able to make it back for the Raptors, I’m not sure Toronto has enough to offset Philadelphia’s variety and depth of weapons. But that is a concern for another day. The playoffs are about living in the moment, or, in the Heat’s case, bracing for their moments in Atlanta.