Bruce Anderson had seen his playing time diminish in recent years, but the longtime Washington Capitals organist was looking forward to his 23rd consecutive season entertaining fans when he received a call Tuesday informing him his services would no longer be needed.

“I’m not bitter,” Anderson, 67, said in a phone interview. “I’m just sad. It was a great experience. They decided to move in a different direction, and that’s fine with me.”

Anderson, who shared the news on Twitter and Facebook, said he was “blown away” by the response from fans, most of whom expressed disappointment with the decision. A Capitals spokesman confirmed the team will not feature live organ music this season.

“We are continuously finding ways to transform the in-game experience, including having professionally recorded organ songs and prompts,” the spokesman said in a statement. “We thank Bruce for his contributions to the organization and wish him the very best.”

Hockey and organ music have gone hand in hand for much of the NHL’s history, with the Chicago Blackhawks introducing a live organist at Chicago Stadium in 1929. The Capitals employed an organist at Capital Centre when the franchise debuted in 1974, and Ted Leonsis was adamant about keeping the tradition alive after he bought the team in 1999.

In the market for a new instrument later that year, a group from the Capitals visited the Jordan Kitt’s Music store in College Park, where Anderson was working as the director of education. Anderson demonstrated the organ for the team and was invited to play it in the arena during a preseason game.

“I’ve been there ever since,” he said.

Over his 22 seasons, Anderson prided himself on his ability to mix traditional hockey songs and team chants, including “Let’s Go Caps,” with classic rock, pop and other more contemporary music. When the Capitals hosted the World Series champion Washington Nationals for a game in 2019, Anderson quickly learned “Calma,” Pedro Capó’s reggaeton hit that served as the team’s unofficial clubhouse anthem during their title run.

In recent seasons, Anderson has played less and less during games. The Capitals hired a new director of game presentation before last season, which led to more changes, including organ music being discontinued after Washington goals.

“I don’t know if it’s a trend or not, but some of the arenas I think they want it to be more techno and EDM,” said Anderson, who added that he enjoyed working with the Capitals’ in-game DJ. “The only time I would get to play would be under Papa John’s and Chick-fil-A announcements. A lot of the creativity got sapped out of it.”

But Anderson, who owns the Lutherville Music School in Maryland, never thought about quitting — not while Capitals captain Alex Ovechkin was still playing, anyway.

“I was perfectly happy to do it, even in a diminished role,” he said. “I love seeing the games and I’ve seen Ovi through his whole career. I was hoping to retire when Ovi retired, and at least on my own terms. But they’re just not using the live organ.”

Anderson said working the 2015 Winter Classic at Nationals Park and the 2018 Stanley Cup finals are among the highlights of his tenure with the team. He also remembers fondly the time legendary play-by-play man Mike “Doc” Emrick acknowledged his handiwork during Game 4 of the Stanley Cup finals at Capital One Arena.

“You know, they go to the trouble to play organ music,” Emrick said as Anderson played before a faceoff. “I just like to hear it once in a while.”

In the coming months, Anderson, who lives near Baltimore, plans to do something he did exactly once over the past 22 seasons: go to a Capitals game solely as a fan.

“All the staff there, especially the game production staff that I deal with a lot, are good friends of mine,” he said, “so I definitely want to come down and see them in action.”

The claim: Photo shows formation caused by lightning strike Some social media users are sharing a photo they claim shows{...} 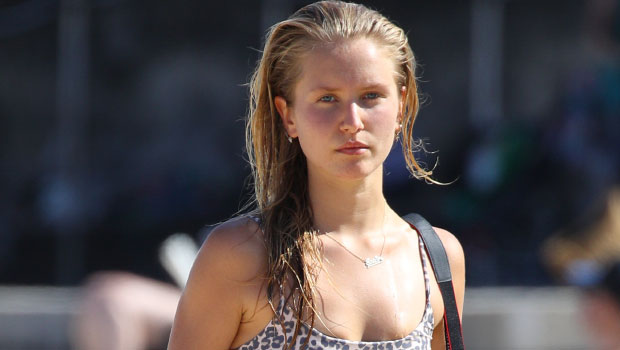 If some stars’ names sound too good to be true, that’s because, most likely, they are. Believe it or not,{...}