MIAMI, Fla. (CW44 News At 10 | CNN) — A Miami-based federal court returned a more than $10.2 million verdict against Carnival Cruise Line in favor of a passenger who claims a former crew member raped her in a storage closet aboard the Carnival Miracle in 2018, court records show.

A jury issued the verdict Tuesday in the U.S. District Court for the Southern District of Florida finding Carnival liable for damages to the plaintiff, referred to as Jane Doe, for false imprisonment and sexual assault by a crew member, Fredy Anggara, in December 2018.

READ MORE: Disney Changes Name Of ‘Fair Godmothers In Training’ In US Theme Parks To Gender-Neutral Term To Be More Inclusive

The jury separately found that Carnival was not negligent and that the former crew member did not intentionally inflict emotional distress on Doe.

The plaintiff filed a complaint against Carnival Cruise Line in November 2019, nearly a year after the incident took place. Anggara is not a defendant in the lawsuit.

At the time of the sexual assault, the plaintiff was 21 years old and traveling with her friend and her friend’s family, according to the complaint.

The incident occurred on the last night of the cruise, in the early morning hours of December 2, 2018, according to court documents. After having dinner with her friend and two other passengers, the plaintiff became highly intoxicated, according to the plaintiff’s attorney, Daniel Courtney.

The plaintiff had also slipped and hit her head on the ship’s pool deck, court documents show.

Soon after, the plaintiff encountered Anggara, who was 27 at the time, and claims she ended up in a closet with him where the sexual assault occurred, court documents show.

Carnival Cruise Line says the incident between the plaintiff and Anggara was consensual, according to a statement issued Tuesday, and plans to appeal the court’s decision.

“The crewmember admitted that he had a consensual sexual encounter with the guest which is consistent with an investigation by the FBI,” the statement reads.

Following the incident, FBI agents came aboard the ship and questioned the plaintiff, a complaint shows. The plaintiff then gave a statement while being video recorded by Carnival.

CNN has reached out to the FBI and filed a FOIA request regarding its investigation into the incident.

Prior to trial, the court found that Doe had proven her false imprisonment claim.

In an opinion, the court ruled, “There is no evidence that the jury could rely on to reject Doe’s undisputed recollection that at some point inside the closet Mr. Anggara did not let her exit the closet after she sought to do so. For that period of time, Plaintiff’s claim for false imprisonment has been established as a matter of law.”

Anggara was fired immediately after the incident took place, in accordance with Carnival’s zero-tolerance policy for crew fraternization with guests, the statement from Carnival says.

Following the incident, Anggara told Carnival in a written statement that the plaintiff chose to go inside a closet with Anggara and engage in sexual relations, according to court records.

Courtney, the plaintiff’s attorney, maintains his client is a victim of sexual assault.

“I am so grateful my client was able to experience a well-run, orderly, and fair trial, despite Carnival’s best efforts to poison the jury with inappropriate comments throughout the proceedings,” Courtney said in a statement Wednesday. “We fully expect Carnival to appeal as they have never done the right thing when it comes to my brave client.”

Courtney also told CNN that Anggara was not arrested after the incident took place and it is unclear where he is currently. “Catherine Called Birdy” — ★ ★ ★ Passion projects can go all sorts of wrong ways, but Lena Dunham has{...} 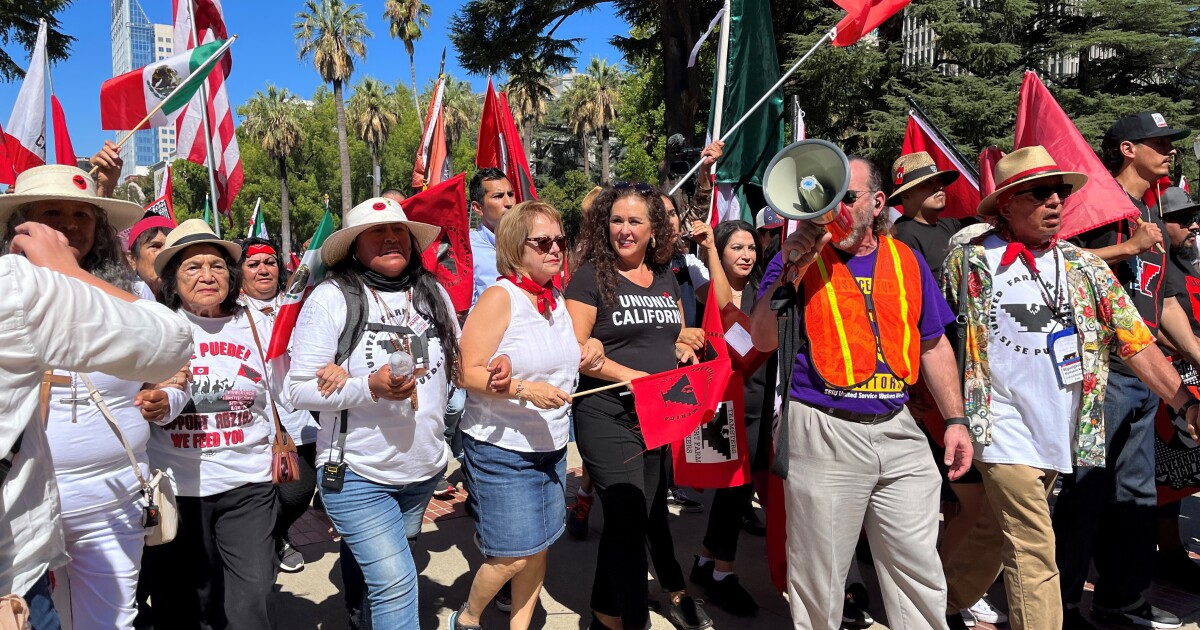 SACRAMENTO —  It was California Farm Worker Appreciation Day, and the farm laborers and their supporters arriving at the state Capitol{...}

A new Dallas initiative aims to bring minority real estate developers to the forefront. On Wednesday, Innovan Neighborhoods launched the{...}