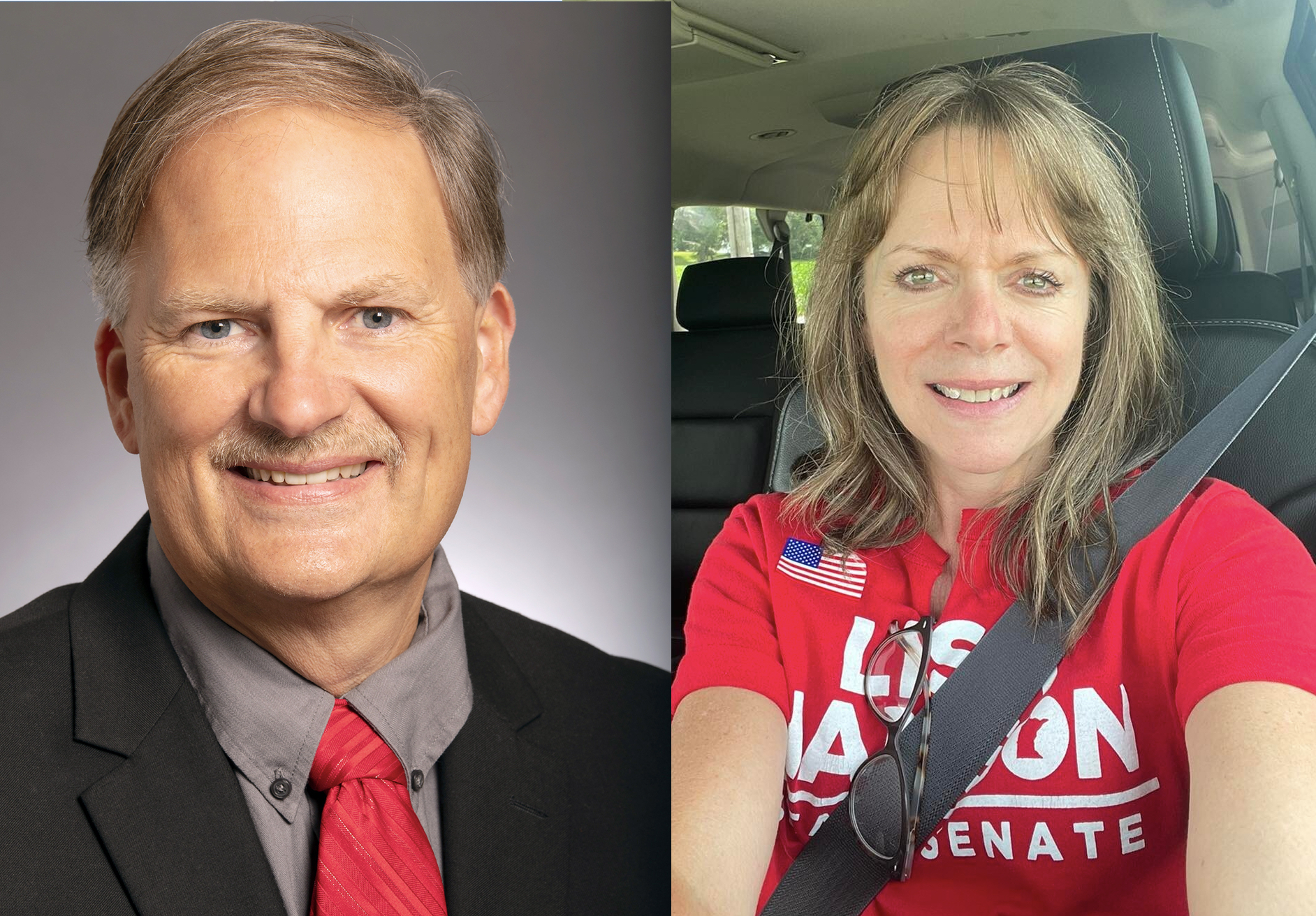 Republican state Sen. Gene Dornink had to move from his home in Hayfield to a residence in Brownsdale after the borders of his southern Minnesota district were changed following the 2020 Census.

But Keith Haskell — owner of an auto detailing business with a criminal background who recently was the campaign manager for Dornink’s Republican primary challenger Lisa Hanson — suspected Dornink wasn’t really living in his new district during a crucial period for determining residency.

So he visited each home, he says many times, videotaping as he went and documenting what he saw.

“At the time, absolutely no traffic, no overnight vehicles, no lights on, shades constantly open, no lights on day or night,” Haskell told MinnPost on Friday. “Cars that occasionally parked there that had lots of just general debris indicating they’d sat there for a while. So then we started chalking tires and things like that to see if they moved.”

That work is the basis for a petition to the Minnesota Supreme Court  – one Dornink has called “frivolous” – seeking to throw the Republican-endorsed incumbent off the ballot entirely. Judy Olson of Glenville on Friday filed the paperwork, which accuses Dornink of not living in Senate District 23. The filing names Haskell as the “petitioner’s investigative expert.”

“This is an absurd complaint,” Dornink said in a written statement to reporters. “I’ve been living at the home in Brownsdale since May. Maybe these investigators didn’t see me the six times they visited because I am working during the day and campaigning in the evening. I have been getting a great reception at the doors, parades, and fairs, and I will be continuing on the campaign trail.”

Chief Justice Lorie Gildea ordered Olson, the petitioner, to detail why the legal challenge could not have been filed earlier. Absentee voting for the primary began on June 24. Others have until Monday to respond to the petition.

The filing is part of a contentious race that has pitted two Republicans against each other in a district where Dornink only two years ago ousted a longtime Democratic incumbent from Austin. It’s also one of a handful of districts where incumbent GOP Senators are being challenged by candidates to their political right.

Hanson rose to prominence for defying Gov. Tim Walz’s pandemic restrictions at her Albert Lea wine bar, and she was even sentenced to jail time for keeping her business open in the winter of 2020. And she has criticized Dornink, claiming he’s not conservative enough or fighting against Democratic leadership hard enough.

Haskell, who has an eclectic background that includes leading a church as a lay pastor, declined to say if he was hired or paid to look into Dornink’s residency. He said he was campaign manager for Hanson earlier in the year but recently quit because it was too much of a time commitment.

Haskell said he has decades of experience in investigations, including in security and anti-shoplifting work. His declaration to the court says he first visited Dornink’s properties in Hayfield and Glenville on May 8 and stopped first at the Senator’s Brownsdale address — in the district — on May 25. Haskell said he had heard rumors that Dornink didn’t live there and spoke with neighbors who reported little traffic. His most recent visit was in mid-July, when he said three vehicles owned by Dornink were at the property and the shades were pulled and lights were on.

The Minnesota Constitution says a candidate must live in their district for at least six months before the general election, which this year is Nov. 8.

Haskell has had legal troubles. In 2018, he was convicted of impersonating a police officer after chasing, by car, two teens who he suspected had stolen snacks worth $10 from an Owatonna grocery. A judge found Haskell used tear gas on one of the teens after the teen started to assault him during an altercation. He also pled guilty to a theft charge in South Dakota. More recently, earlier this year, Haskell was cited for driving on a suspended license in Winona.

“I have never told anybody I don’t have a past,” Haskell said, saying he does public speaking about his record. “I’m not proud of everything I’ve ever done.”

Hanson did not respond to a call seeking comment. Dornink is not the only lawmaker who had to move after the redistricting process. Sen. Torrey Westrom moved to Alexandria from Elbow Lake, in one example. Dornink’s Hayfield residence is now in a district where Sen. Carla Nelson, R-Rochester, lives.

Elsewhere in Minnesota, other lawmakers were shifted into the same district, prompting some, including Sens. Carrie Ruud, Julie Rosen and Melisa López Franzen to retire rather than move or run against another sitting lawmaker.

MIAMI (WSVN) – A global effort to save the iconic Pan-Am airways globe has come to fruition. The historic artifact{...}

NEW YORK — LOOKAHEAD TO TUESDAY Rafael Nadal plays his first U.S. Open match since 2019 when he leads off{...}

click to enlarge Shutterstock A person holds up a positive COVID-19 test result. New COVID-19 cases in Michigan over the{...}