Members of the City Council rejected, then approved, a controversial plan to install a training facility for the Chicago Fire soccer team on Chicago Housing Authority land — an extraordinary reversal that highlighted the power mayors have to implement their agenda.

The Zoning committee had voted 7-5 Tuesday to turn down a revised proposal for the pending development on the Near West Side. But in a surprise move, chair Ald. Tom Tunney, 44th, decided to reconvene the panel less than 24 hours later to hold a second vote.

With more aldermen present Wednesday, the measure this time passed 10-5. And a few hours later — after still more debate over whether practice fields for a professional soccer team were an appropriate use for land once earmarked for affordable housing — the plan passed through the full council by an 37-11 vote.

The proposed 24-acre, $80 million complex would be built on the Near West Side where the ABLA public housing complexes once stood. Plans call for two hybrid grass pitches and a goalkeeper pitch; an underground heating system; a sand pit; three synthetic turf pitches, one with an inflatable dome for use six months of the year; a two to three story office building, an auxiliary structure for maintenance and storage and a parking structure for 147 vehicles.

But the plan’s advancement wasn’t a smooth one, with some advocates for public housing decrying the proposal and unsuccessful attempts by Alds. Byron Sigcho-Lopez and Carlos Ramirez-Rosa to block Wednesday’s final vote.

“In this proposal, land that is promised for desperately needed affordable housing to predominantly serve the needs of Black families will be given to a billionaire with negligible benefits for the thousands of families of color seeking to live in Chicago’s opportunity areas,” a group of opponents, including members of the Chicago Lawyers’ Committee for Civil Rights, wrote in a letter to the city’s Plan Commission.

On Tuesday, it appeared those cries were heard by a bloc of progressive aldermen who helped scuttle the plan’s advancement. Ald. Maria Hadden, 49th, said the CHA was not fulfilling its promise to add more affordable housing.

“We had news earlier this year of a colleague of ours, right, who had been on the CHA waitlist for 30 years and finally got a call,” she said, referencing 20th Ward Ald. Jeanette Taylor. “I have a lot of residents in my 75%-renter ward here in the 49th who are on (the) CHA waitlist. We’re dealing with record levels of people experiencing homelessness. It’s just crashing around us. So it’s concerning to me to see such sluggishness.”

Taylor herself referred to the viral story on the council floor Wednesday while criticizing the CHA’s slow progress on its “plan of transformation” to revitalize public housing.

”The plan for transformation has failed. They absolutely have not built any housing,” Taylor said. “CHA has a responsibility to not only come to the council but to do something different. they haven’t done what they’re supposed to do.”

Ann McKenzie, a CHA official, told committee members Tuesday there would be no loss of affordable rental housing from this project so “our commitment remains the same.”

“Housing is what we do,” McKenzie said in response to Hadden. “We actually welcome this as an opportunity to build community and have worked incredibly hard with the Fire to make this something that would push housing. … We actually are embracing this as a solution.”

The city has a larger plan to redevelop land around the former ABLA Homes into a mixed-use residential and commercial area known as Roosevelt Square. The city would not have to pay anything to the Fire should its deal with the CHA come to fruition, but the soccer team would pay out a 40-year lease with two potential 10-year renewals. The rent will depend on the latest appraised values.

However, some aldermen were concerned the plan does not yet have signoff from the U.S. Department of Housing and Urban Development, which is usually required when using public housing agency-owned land for other purposes.

A CHA spokeswoman, Karen Vaughan, said in a Wednesday statement that the agency is submitting an application to HUD for review of the Chicago Fire plan. After that is complete, the two parties can sign the lease.

While stressing that the amount of new public and affordable housing units CHA plans to bring to that area will not change, Vaughan said residents of ABLA Homes will benefit from the “strong value” the Chicago Fire deal provides.

The proposal also garnered letters of support from the Local Advisory Council and Central Advisory Council this week. Three aldermen who voted no on Tuesday — Felix Cardona, 31st; David Moore, 17th; and Michael Rodriguez, 22nd — flipped to a yes vote on Wednesday.

Moore said the letters of support from the councils representing the remaining residents of the ABLA homes swayed him — despite his disapproval of CHA’s performance.

”As much as I want to be against something, democracy says you have to listen to the people that represent the people,” Moore said.

Ald. Jason Ervin, 28th, who presides over most of the area in question, supported the plan as one he hopes will “catalyze development.”

“Concerns that have been raised, I believe, are valid given the state of where things are with CHA and what has transpired over the last almost 20 years into this plan for transformation,” Ervin said. “… I’m glad that the Chicago Fire did step up (with) … helping CHA to deliver on a long-term promise that in many people’s opinion had been broken to the residents of the ABLA community.”

Ald. Walter Burnett, who grew up in the Cabrini-Green public housing complex, on Wednesday assailed detractors of the Chicago Fire plan, because the tens of millions of dollars the soccer team would pay the city is expected to benefit recipients of affordable housing, he said.

“They (the residents) want this, not those folks from the suburbs, all these so-called activists who want to tell these poor African American women what to do,” Burnett said with a booming voice. “I support it because the CHA residents support this.”

Meanwhile, Ald. Emma Mitts scolded those going against Ervin’s aldermanic prerogative by opposing a project in his ward that he approved, saying they were “sticking their nose in other people’s business.” Ald. Raymond Lopez, also a declared 2023 mayoral candidate and Lightfoot critic, surprisingly agreed despite usually butting heads with Ervin, a mayoral ally.

The Fire, under owner and Chairman Joe Mansueto, have been actively searching for a new practice space since agreeing in 2019 to pay Bridgeview $65.5 million to amend their lease at SeatGeek Stadium, where the team still trains. Should the Near West Side facility come to fruition, Chicago Fire games would not change location from Soldier Field.

At her customary post-City Council press conference, Lightfoot defended the Fire facility and said it’s going to be built on vacant land for which there is no plan.

“We have an investor who is not only willing to invest, building the headquarters of the Chicago Fire team, keeping them in the city, which is important, it’s also going to have a range of opportunities for junior soccer players getting more kids involved,” she said.

Lightfoot also praised the Mansueto for investing in neighborhoods like Humboldt Park.

The sequence of events leading up to the training facility’s approval was unusual. Often, when measures pushed by mayors encounter resistance or lack the votes, City Council committees recess until they can rally enough support for the matter. In this case, aldermen voted the project down in committee, which typically means the ordinance dies.

But not this time, as Tunney called the matter back for reconsideration.

Over the past year, some members of City Council have been critical of the way the legislative body works. Unlike other legislatures, City Council does not have its own attorney or an independent parliamentarian, which allows mayors and their allies to control the pace at which ordinances pass. Some have pointed to this as an example of bad government.

One opposing alderman, Anthony Beale, 9th, complained that he had “never seen a roll call vote that was taken in committee and was voted down, and then because we don’t like the outcome of the vote, we reconvene to have another vote the very next day.”

A city attorney countered that Wednesday’s meeting was simply a “continuation” of the previous day’s and the motion to reconsider the vote was proper. Denver is a dog-friendly city. In fact, as far back as 2007, four-legged friends were welcome on some cafe patios,{...} 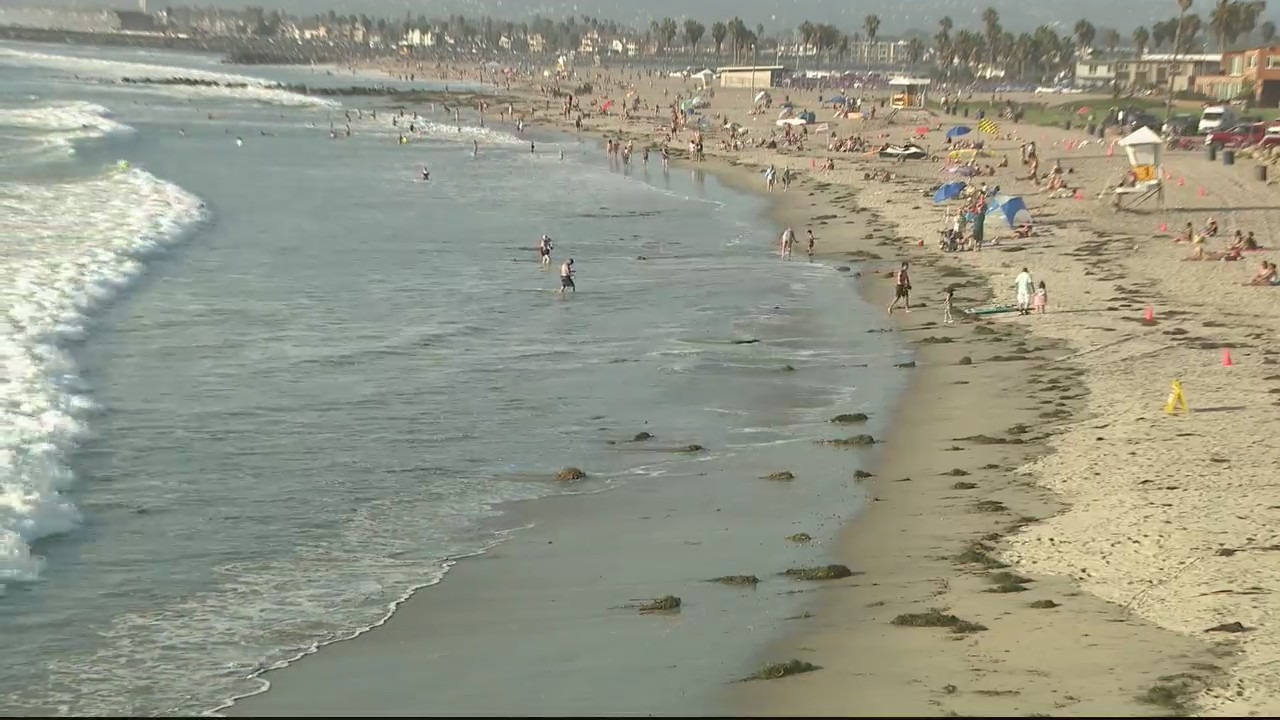 SAN DIEGO — The oppressive heat wave has been relentless and even on the coasts water temperatures are providing little{...}

For an increasing number of Americans, drug addiction treatment involves not only hard work, but also earning rewards — sometimes{...}