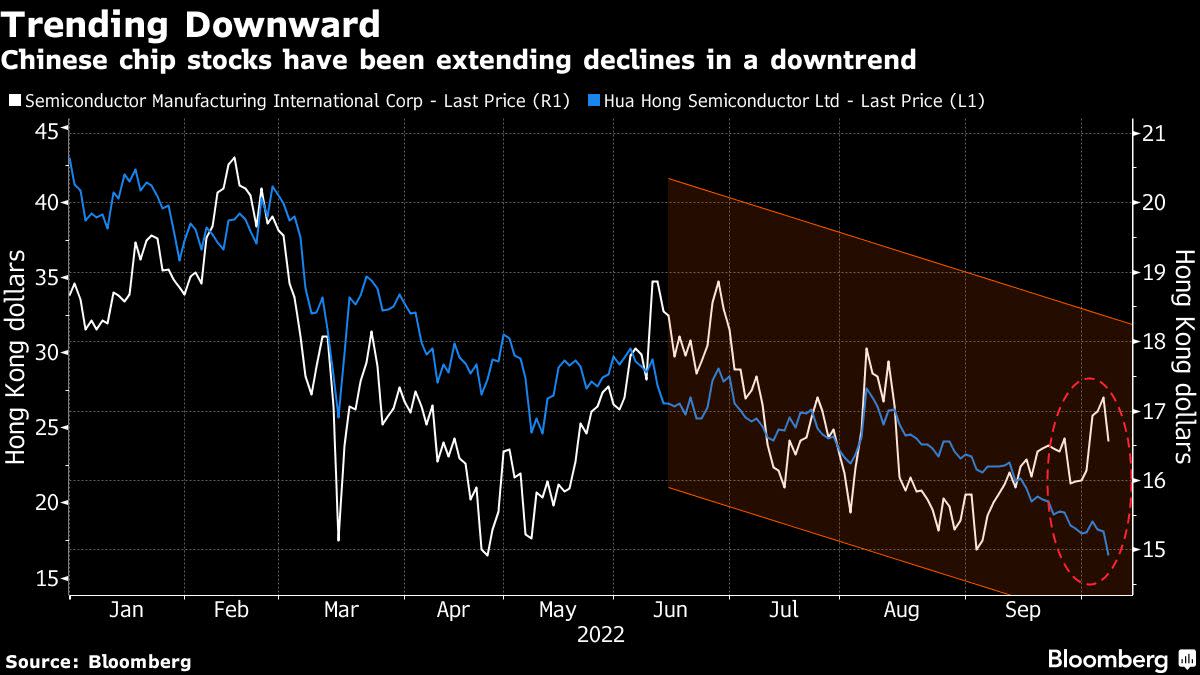 (Bloomberg) — Chinese semiconductor stocks slumped after fresh US curbs on China’s access to American technology added to a disappointing start to the earnings season, stoking concerns that the industry’s downturn is far from over.

The US measures include restrictions on the export of some types of chips used in artificial intelligence and supercomputing, and also tighter rules on the sale of semiconductor equipment to any Chinese company. Separately, the US also added more Chinese firms to a list of companies that it regards as “unverified,” which means US suppliers will face new hurdles in selling technologies to those entities.

The new strategy suggests that Washington aims to “freeze in” China at its current level, enabling the US to increase its lead, said Gabriel Wildau, an analyst at advisory firm Teneo Holdings LLC.

Chinese Foreign Ministry spokesperson Mao Ning said Saturday that the measures, which are set to enter into force this month, are unfair and will “also hurt the interests of US companies.” They “deal a blow to global industrial and supply chains and world economic recovery,” she said.

“SMIC’s revenue could grow at a 50% slower pace vs. our expectations in 2023 on the US’s stricter equipment export license requirements, as 48% of its new capacity to be installed by next year is in 28- or smaller nanometer node advanced chip manufacturing.”

The slide in the chip stocks also followed a 6.1% drop in the Philadelphia Semiconductor Index on Oct. 7, after strong labor market data reinforced expectations for more aggressive interest rate hikes by the Federal Reserve.

The new US rules come at a time when the chip industry is already grappling with an ominous start to the earnings season and has gone from a worldwide shortage of chips to a glut in a matter of months due to the boom-and-bust nature of semiconductor demand.

The curbs are a “big setback to China” and “bad news” for global semiconductors, Nomura Holdings Inc. analyst David Wong wrote in a note. China’s localization efforts may also be “at risk as it may not be able to use advanced foundries in Taiwan and Korea,” he wrote.

Among other stocks, Naura Technology Group Co., plunged by the daily limit of 10% on the mainland, while Advanced Micro-Fabrication Equipment Inc. and ACM Research Shanghai Inc. fell more than 16% each.

The US Commerce Department has added Beijing Naura Magnetoelectric Technology Co., a subsidiary of Naura in its Unverified List, the company said in a filing.

To be sure, the intensifying Sino-American tensions could spur Beijing to step up support for homegrown firms in a bid to achieve its goal of becoming an independent chip powerhouse.

The fall in Chinese chip stocks may cast a pall over the sector globally. Markets in Japan, South Korea, Taiwan and Malaysia will get a chance to react on Tuesday as they are closed on Monday.

“This will not only be negative to the Chinese semiconductor industry but also indirectly impact global semiconductor makers’ business opportunities longer term,” Citigroup analysts including Laura Chen wrote in a note.

Broader Chinese equity market also saw declines on Monday after returning from the Golden Week holiday, hurt by a global equities selloff and bleak holiday-spending data that deepened concerns about an economic recovery.

(Updates with analyst comments throughout.)

Oil prices fell sharply in the week as mounting concerns about weakening fuel demand in China outweighed fears that Russian{...} 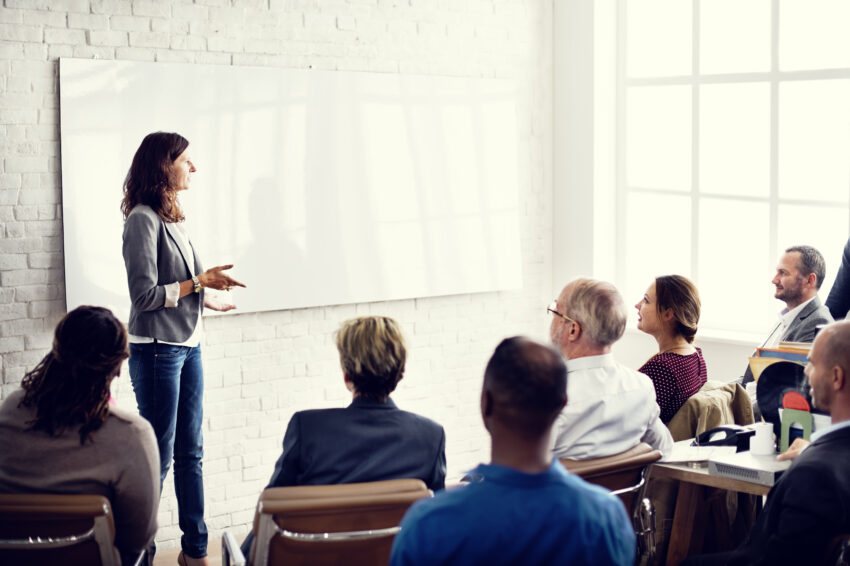 New research finds that large employers are boosting investment in learning and development to overcome skills shortages, and help them{...}

BEIJING – The United States is a “maker of security risks” in the Taiwan Strait with its frequent provocations there, China‘s military said on Wednesday after another U.S. warship sailed through{...}