A Cambodian naval base built with assistance from China will include a section for the exclusive use of the Chinese military, according to a report in the Washington Post.

The Chinese and Cambodian governments have previously rejected reports that Cambodia will allow a Chinese military presence at the Ream naval base in the Gulf of Thailand.

Such a presence would mark a significant expansion of China’s military access to the Indo-Pacific, where it currently has only one naval base, in the East African country of Djibouti.

Referring to unnamed Western and Chinese officials, the Post reported on Tuesday that the base will host the Chinese military in its northern part. A Western official told the newspaper that expansion plans, completed in 2020, called on the Chinese military to have “exclusive use of the northern part of the base while their presence remains hidden”.

The post said an official in Beijing confirmed that the Chinese military would use “part” of the base, but denied that it would have exclusive use. The official said the area would also be used by scientists and that China was not involved in any activities on the Cambodian part of the base.

Sam Roggeveen, director of the Lowy Institute’s international security program, said the new information, and in particular the apparent confirmation from a Beijing official, “strengthens the case that this is actually happening”.

“It’s quite early, so we do not know what the capacity of the plant will be,” Roggeveen said. “It’s practical value [to Beijing] is that it would allow China to more easily deploy its warships and coastguard vessels around the region and simply have a bit more presence where it would once have to sail very long distances.

“It is a kind of microcosm in reality of the broader trend in the region, which is that strategic and military power is moving from the United States and towards China. China wants to become the leading strategic power in Asia, it may even want to become the dominant power in Asia. You can not do that without pushing the United States out and having foreign bases around the area. “

Australian Prime Minister Anthony Albanese, who was visiting Indonesia on Tuesday, said he was concerned about the reports and called on the Chinese government to be open about its intentions.

“We are in regular contact with the Cambodian government and we have been consistently assured that no foreign military will have exclusive access to Ream,” Albanese told reporters in Makassar. “We have been aware of Beijing’s activity in Ream for some time. We urge Beijing to be transparent about its intentions and to ensure that its activities support regional security and stability.”

For some years, the United States has claimed that China intends to have a military presence at the base. In 2019, the Wall Street Journal reported on a secret agreement between Phnom Penh and Beijing in which Cambodian Prime Minister Hun Sen allegedly agreed to give China access to the base.

She, who has faced billions of dollars in infrastructure loans and business deals with China – including through the Belt and Road Initiative – rejected the report at the time.

“This is the worst fabricated news ever against Cambodia,” he told pro-government-friendly Fresh News at the time. “Nothing like this could happen because it is against the Cambodian constitution to host foreign military bases.”

U.S. diplomats have repeatedly expressed concern to Cambodia about a Chinese military presence at the base. It is known that China has been involved in the work. In June 2016, the state-owned China Metallurgical Group Corporation announced that it had signed a cooperation framework agreement with the Cambodian Defense Department on a “port expansion project” of an unnamed naval base.

In October 2020, a senior Cambodian naval official told Nikkei Asia that China was supporting a project to expand the port and develop a ship repair facility. In June 2021, Cambodia’s defense minister, Tea Banh, confirmed to local media that China was helping with the construction at Ream, but it happened “without ties”.

“We want to develop a suitable place… Cambodia alone can not do that. It’s also moderately expensive, but I do not know how much, “he said, according to the Voice of America.

A groundbreaking ceremony for the Ream base is scheduled for Thursday, the Washington Post reported, with Chinese officials including the ambassador to Cambodia expected to attend.

Cambodian government departments did not respond to requests for comment. Chinese officials were expected to speak to the media on Tuesday afternoon at a regular press conference. 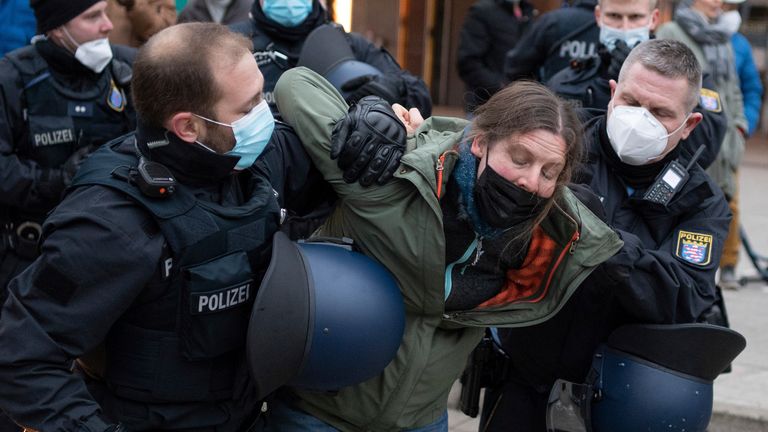