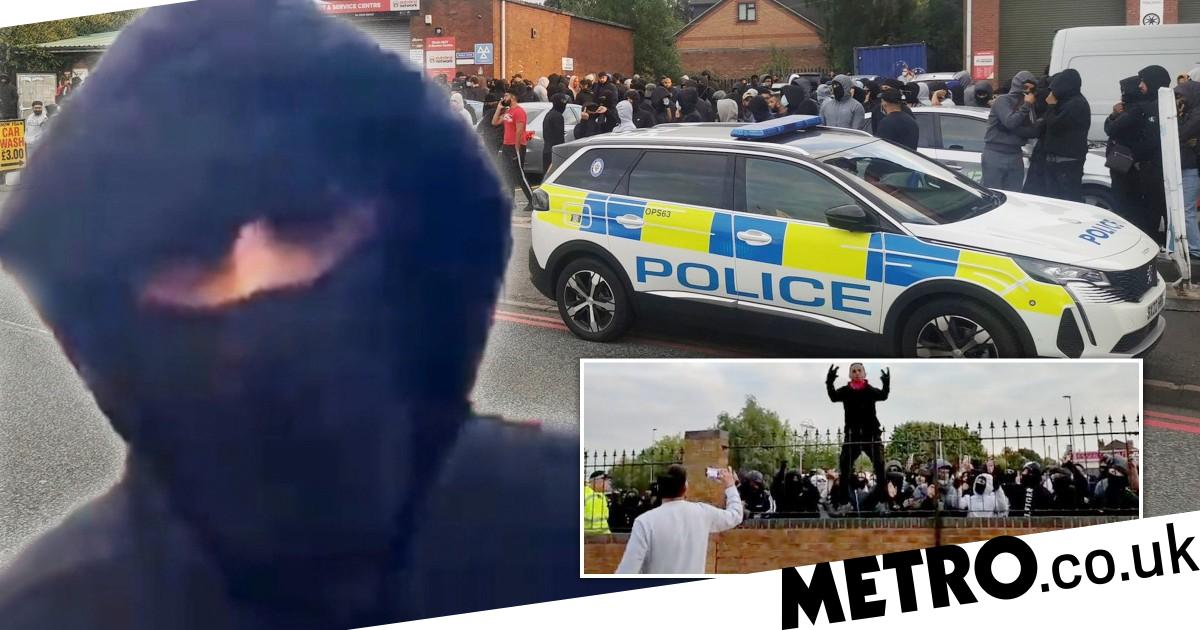 Clashes between Muslim and Hindu men spread to Birmingham

Clashes between Islamic and Hindu groups spread from Leicester to Birmingham last night as 200 protesters gathered outside a temple.

The crowd, believed to be predominantly Muslim men, were filmed shouting outside the Durga Bhawan Hindu temple, Smethwick, in protest against a controversial speaker visiting.

Footage show the large group, many masked, approaching the temple, with some people climbing the boundary fence.

It follows clashes in Leicester last weekend when tensions came to a head following a cricket match between India and Pakistan, leading to the arrests of 47 people.

Smethwick temple cancelled the speaker’s visit after being informed about the planned protest.

The demonstration was described as ‘despicable’ by a councillor who said it did not represent the ‘diversity’ of the town.

Local councillor Ahmad Bostan wrote: ‘The despicable scenes witnessed in Smethwick tonight do not represent the harmonious rich diversity of our town and those who came with ill intentions will be dealt with by the law.

‘Our communities stand together against such bigotry and the peddlers of hate are not welcome here.’

There have been reports of attacks on both communities, which Leicestershire Police have confirmed they are investigating – but not all of them have turned out to be true.

One claim that a Muslim girl had been kidnapped by Hindu men was disproved by police.

Meanwhile, mosque leaders have confirmed Hindus storming buildings and disrupting prayers did not happen, according to the Times.

In response to the protest, religious leaders have shown a united front and condemned the unrest.

Nasir Akhtar, the head imam of the Smethwick based Abrahamic Foundation, said: ‘We were keen to stand with [Hindu leaders] to show solidarity, while also speaking with protestors to hear their viewpoints and encourage a dialogue.

‘I have sympathy with many of these who were upset and who came out – I too was hurt by the invitation. Some did not accept the trustees were ignorant of the controversy around her. But the way forward is through talking and coming together, not sowing division.’

Temple trustee Ash Kumar told the Birmingham Mail: ‘We are very grateful to the police who kept us safe and also to other faith leaders who remained on our premises to show a united front.

‘We will now keep in regular touch with the local multi-faith forum, we recognise with hindsight we could have done things differently.’

West Midlands Police said they were aware of the protests and were working with community leaders to resolve the issue.

They said: ‘We always seek to find the right balance between the rights of protestors and those of local residents and businesses, while working to minimise serious disruption to communities.

‘We have a long history of facilitating peaceful protest, and upholding the right to protest, while balancing it with the rights of others to keep the public safe, prevent crime and disorder.’ 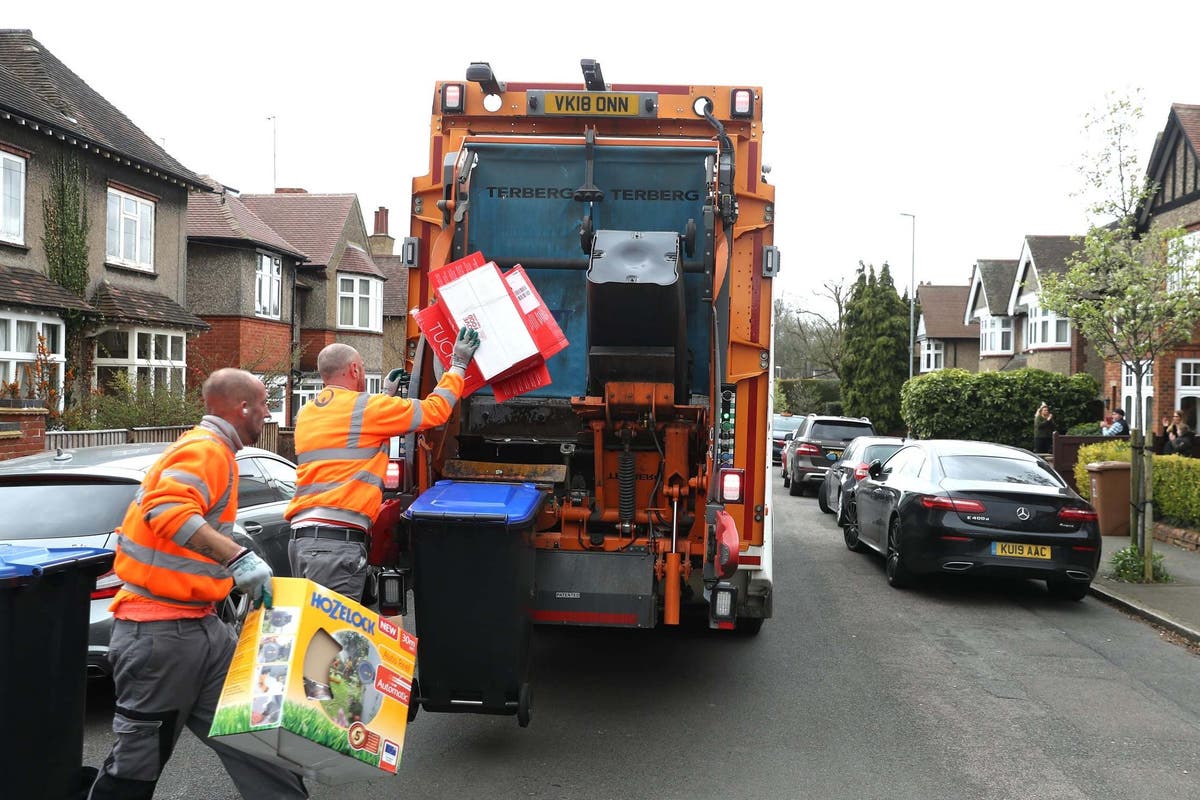 R efuse workers in east London are set to go on a week-long strike over a pay dispute. Around 130{...} 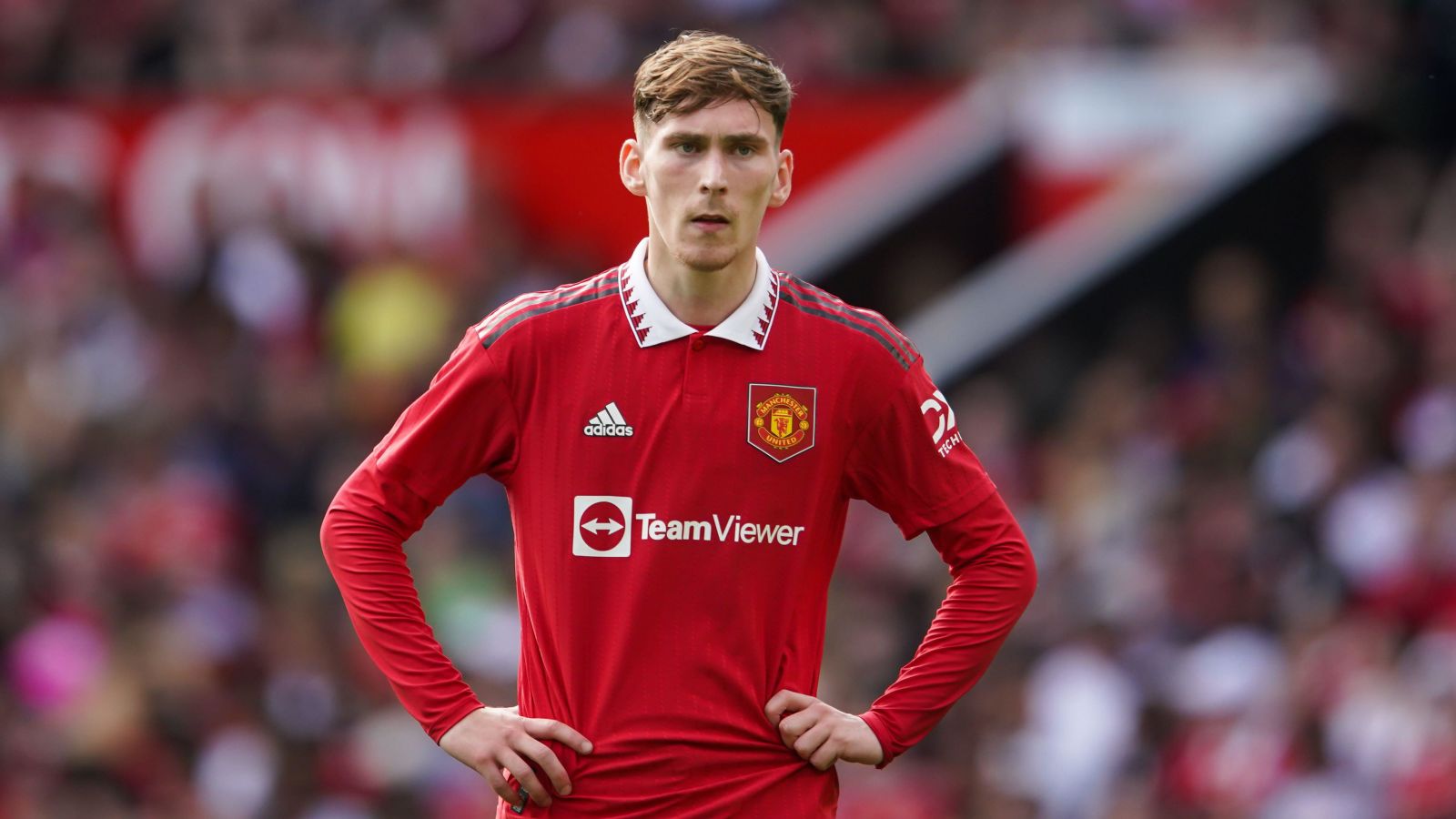 Everton are in talks with Manchester United over a move for midfielder James Garner, according to a report. Frank Lampard{...} 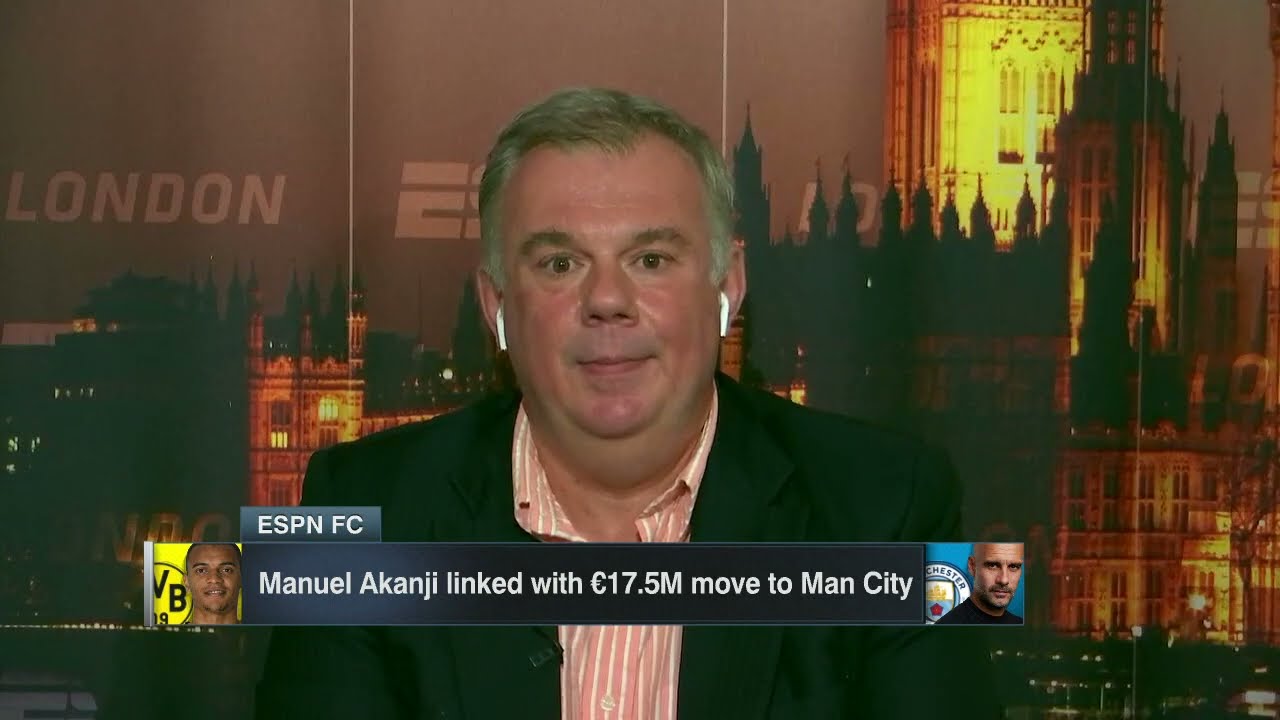