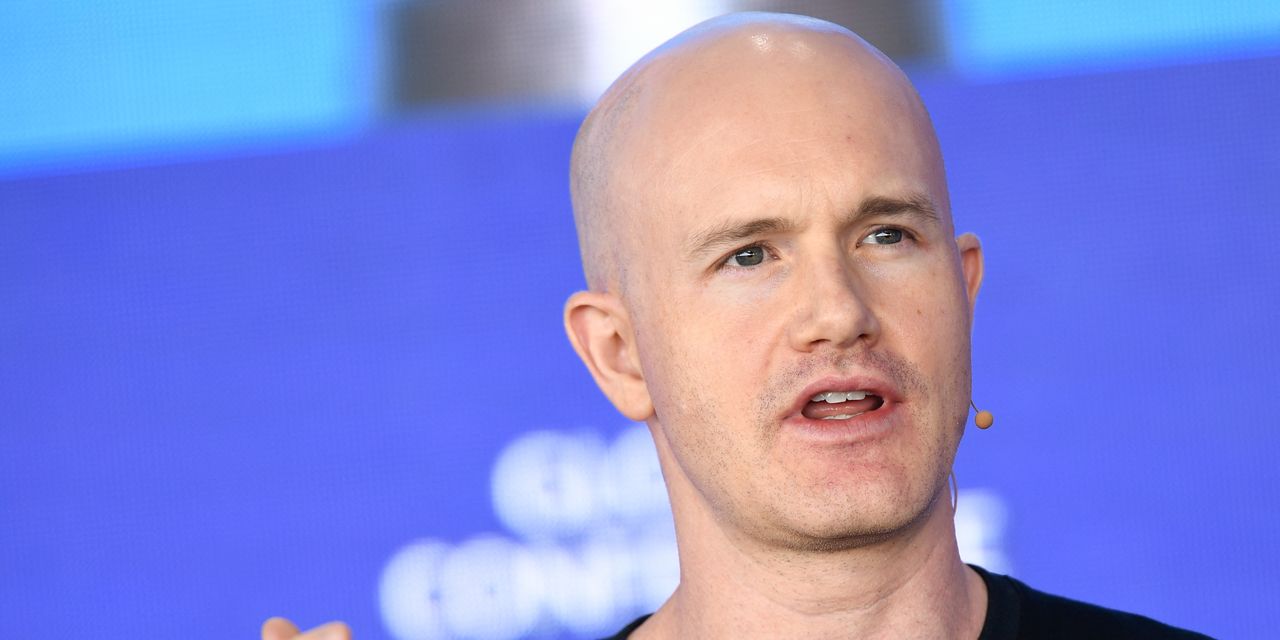 Coinbase Has Rallied 90% This Week. Could This Be Another GameStop Moment?

have torn higher this week. Investors are likely witnessing a “short squeeze” that is driving the stock higher — similar to

Coinbase (ticker: COIN) opened at $60.96 a share on Monday and traded above $116 at points early Thursday, a staggering rally of 90%. The move higher has largely come from price action on Wednesday, when the stock jumped 20%, and Thursday, with the shares last up another 18%.

Much like other companies exposed to digital assets, Coinbase stock has proved to be largely correlated to swings in Bitcoin — and gains seen in recent weeks do match a rise in the price of


Bitcoin,
which climbed almost 20% in July for its best month all year.

The rally on Wednesday happened “for no good reason,” Dolev said.

Analysis of the average daily volume on Coinbase’s network — some $1.8 billion— revealed little substantial change from July levels, Dolev added. There was no substantial or sharp change to challenge the “crypto winter” narrative that the digital asset space is in a prolonged slump.

Daily volumes are key to Coinbase fundamentals because the company largely makes money for trading fees it charges customers, and a slowdown in trading volume this year has exacerbated pressures on the stock.

Thursday’s continuation of the ride higher makes sense but just by a little more. here was some news to spur a spike in the shares.

It’s good news, but not a huge deal. While the partnership is an endorsement of the exchange by one of Wall Street’s most influential players, it does not represent incremental revenue, since services will only be available to existing Coinbase clients.

That leaves technical factors in the market that would be driving the shares higher. Enter the short squeeze.

Short positions are bets that a stock will fall and involve investors borrowing shares and selling them with the intention of buying the stock back at a lower price. But this strategy can backfire dramatically if the stock moves up, not down. Traders with short positions may have to “cover their shorts,” which involves buying back the stock at an unfavorably high price, taking a loss on their bets and adding buying pressure into an already upward-trending market.

En masse, this phenomenon can create what is known as a “short squeeze,” which is when a significant volume of short-covering drives the share price relentlessly higher. Short squeezes played an influential role in the “meme stock” frenzy of early 2021, when stocks like

) made wild intraday moves and notched triple-digit gains in days.

Coinbase stock remains down more than 60% so far this year even after the recent rally, and may have been an attractive target for short-sellers. Indeed, 24% of Coinbase’s shares have been sold short, which is much, much higher than is typical, according to Mizuho, which cited the latest Bloomberg data.

“I think what happened is there’s been a lot of people on the buy side who are betting against the stock — are short it,” Dolev said. “When there’s a shiny headline like this, it creates a very significant short squeeze, especially in this kind of environment. So that explains the move today.”

Write to Jack Denton at jack.denton@dowjones.com

As the world shut down due to COVID, schools closed, and students at every level were forced into remote learning.{...} Fiscal Deficit at 32.6 per cent of Budget Estimate in April-August{...}

The stock market should see better days ahead as it heads into the end of the year, according to Citi.{...}