Brad Lander’s Basement Resident Protection Law would create a “basement board” to oversee the conversions and ensure residents of these apartments—called accessory dwelling units or ADUs—have access to tenants’ rights and basic safety protections. It comes a year after rains from Hurricane Ida killed 11 New Yorkers in basement units.

As the one-year anniversary of Hurricane Ida approaches, tens of thousands of basements and cellars—units often converted into illegal apartments—are still at immediate risk of flooding, and that number will triple in the next 30 years, according to a report by New York City Comptroller Brad Lander shared with City Limits Monday.

The report proposes legalizing and registering rental units via a legislative roadmap modeled after a law New York State enacted in the 1980s to convert commercial and manufacturing units into legal residences.

Lander’s policy plan, the Basement Resident Protection Law, would create a “basement board” to oversee the conversions and ensure residents of these apartments—called accessory dwelling units or ADUs—have access to tenant’s rights, such as eviction protection. It would also help homeowners put in place basic safety features to protect tenants from floods and fires.

“The idea of this legislation is that it would create a kind of interim set of rights, responsibilities and protections that would go really well with a pathway to legalization,” Lander told City Limits.

The plan would need to be implemented on the state level, and so he hopes to see a legislator in Albany take it up. It comes as the city marks one year since heavy rainfall brought by the remnants of Hurricane Ida caused deadly floods, killing 11 people residing in basement units.

The comptroller’s analysis found that 10 percent, or 43,000, of the city’s basements and cellars are at risk of flooding from rainfall or storm surges. The number of occupied basement and cellar units across the city is still unknown due to their secrecy, but estimates suggest they house at least 100,000 city residents—and that number could be much higher.

Such apartments tend to attract low-income renters, including immigrants, who are priced out of other forms of housing. As of now, tenants living in these units have no protections or rights if they demand safety features to protect them from floods, fires and other risks, and many are not incentivized to ask the city to intervene for fear of losing access to their homes.

“The only tool the city has is a vacate order,” Lander said. “That’s not what residents want, even if they’re in an unsafe unit.”

Lander’s proposal would require owners of occupied basement or cellars to register them, and would give temporary legal status to such units for up to five years—a change from current policy, in which most of the units would be deemed uninhabitable.

His plan would require those apartments to have a fire and carbon monoxide alarm, a backwater protection valve to protect the unit from overflowing sewer water as well as basic services such as heat, hot water and electricity. The city and the state would offer financial assistance for such upgrades, and the basement board created under the plan would be charged with setting new requirements for legally recognized units and ensuring compliance, as well as collaborating with local community groups to conduct outreach to residents and homeowners.

If an inspection of a unit determines that a tenant’s safety would be at risk, the report recommends they be given rental vouchers and assistance in finding alternative housing from community-based organizations, regardless of immigration status.

“This won’t change the challenge of bureaucracy and expense, but recognizing [the units], giving them a legal status, so that it’s not illegal to have them,” Lander said.

Proposal is modeled after the Loft Law

The basement protection law, if enacted, would be similar to the Loft Law, a statewide measure passed in 1982 that legalized the use of commercial and manufacturing spaces as interim multiple dwellings. It created a board dedicated to tenants’ rights to those spaces and later was amended several times to incorporate other types of units.

Most recently in December 2021, Gov. Kathy Hochul expanded the protections of tenants in those units, giving them the right to pursue claims in the city’s housing court if they are not provided essential services, including heat, hot water and electricity.

Lander has worked on the problem of basement apartments for nearly two decades, first while at the Pratt Center for Community Development and later as a member of the City Council. In 2019, Lander sponsored legislation that led to a basement apartment conversion pilot program as part of a rezoning of East New York. That neighborhood has the highest number of illegal units, according to Pratt Center estimates, and one in four residents lives below the poverty line.

The pilot, overseen by the Department of Housing Preservation and Development, was supposed to receive $12 million over three years to help homeowners transition thousands of basement apartments into safer units by bringing them up to code, ensuring they have features such as a seven-foot-high ceiling, a secondary exit and smoke and carbon monoxide alarms. Landlords selected for inclusion were eligible for financial assistance as well as guidance in navigating bureaucratic red tape and finding contractors to make these changes.

But the program was halted in May 2020 due to the budget cuts related to the Covid-19 pandemic and currently includes only six residences, after two participants recently dropped out due to insurmountable zoning issues.

The state’s multiple dwelling law, which Lander’s plan would reform, has been a major barrier during the pilot, according to Ryan Chavez, of the Cypress Hills Local Development Corporation, which helps manage the program.

The destruction caused by Ida last year renewed calls for the city to urgently address the issue of legalization. Still, a bill to ease certain housing and zoning regulations allowing for some units to become legalized failed to move to a vote in the last state legislative session.

“This is an issue that our policymakers have neglected for decades now,” Chavez said. “I would have hoped that after the tragedies during Ida last year, that would have been a wakeup call for our policymakers. Shockingly, it has not been.”

1-in-4  residential lots at risk

Lander’s report comes as policymakers and experts attempt to assess the impact of increasingly extreme weather on New York housing, with flooding now a risk not only along coastal communities but also for inland neighborhoods threatened by record rainfall, as was the case with Ida.

Another recent analysis on basement apartments by the Citizens Housing and Planning Council noted the flood risk of residential lots, finding that one in four across the city intersects with an area at risk of stormwater flooding.

“I think we were all surprised by the extent that stormwater flooding has affected the city,” said Katherine Leitch, CHPC’s senior policy advisor. “It’s not endemic to a certain neighborhood. It’s distributed widely across the city.”

CHPC’s report presents a hyperlocal approach to short- and long-term resolutions for basement  units. The organization advocates for the city to establish a pathway to legalization and more immediate safety features for basement tenants, including push alerts with specific evacuation orders and a required flood safety plan and evacuation route. It also encourages the city’s Department of Environmental Protection to continue and expand a program to distribute rain barrels, which can reduce flooding during extreme rain events.

State lawmakers won’t reconvene until January. In the meantime, New Yorkers will continue to occupy underground dwellings, as the risk of living in one is not enough to overcome the lure of low-cost housing in a city with soaring rents.

This summer, apartment rentals in Manhattan reached an all-time high of over $5,000 on average, according to Douglas Elliman’s monthly market report.

“Creating a practical path to legalization is absolutely fundamental. It’s a policy issue that exists at the intersection of housing and climate change and social justice,” Leitch told City Limits.

“As long as we have a housing crisis, and as long as there is poverty here in the city, people are going to have to rely on these affordable housing options, even if they’re at risk of flooding.”

The results of both Sheila Jordan performances have just been released commercially, and they have a great deal to tell{...} 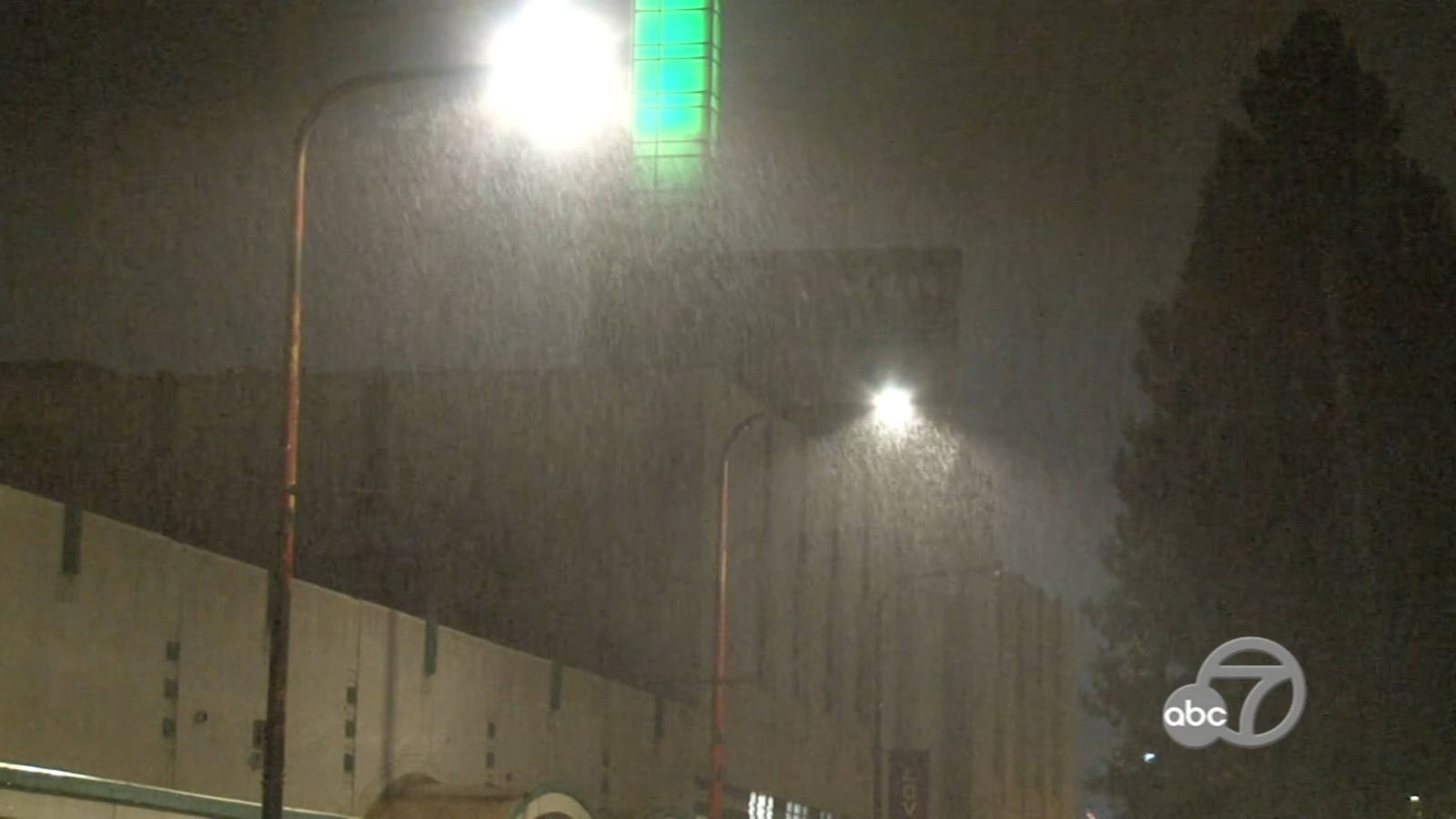 SAN FRANCISCO (KGO) — We’re on a short break from wet weather but don’t get too used to this idea{...} 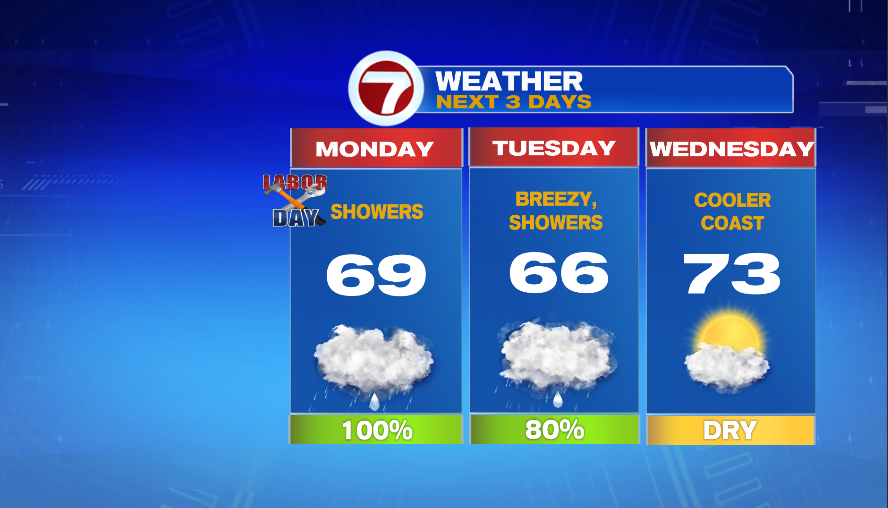 7Weather- We’ll have light, on and off rain throughout the day on Monday with pockets of heavy rain more likely{...}