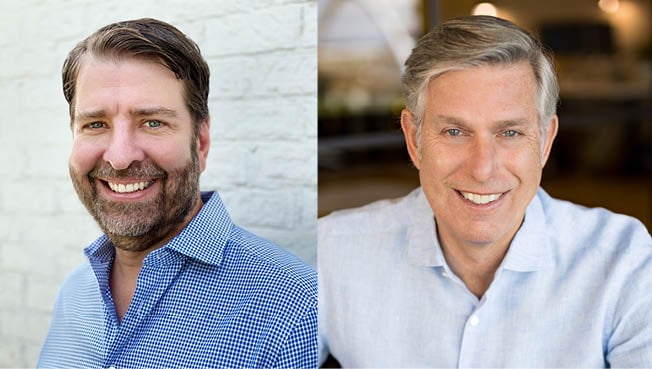 Concord turned down a $5bn+ acquisition offer. It explains why – and where it’s going next.

You can usually tell when a music company is up to Big Stuff – because their name will keep appearing in music business media headlines. At least, that’s the traditional logic.

Because there’s actually a counter-intuitive way to tell when a music company is up to Really Big Stuff: when they go quiet to a suspicious degree.

That’s precisely what happened at Concord following its $400 million acquisition of Downtown Music Holdings‘ copyright portfolio in May 2021.

For the next 12 months, MBW barely received a business announcement from Concord’s communications dept. Yet behind the scenes, in hushed boardrooms away from the ear of the wider business, Really Big Stuff was indeed going down.

During that year-long period, Concord (and its majority owner, the State of Michigan Retirement System) welcomed in – and chewed over – multiple offers for the sale of its company. The firm was reportedly only ever interested in considering an “extraordinary” offer with a firm threshold: more than $6 billion.

Considering Concord’s post-Downtown annual revenue sits at roughly $600 million – with EBITDA expected to land in excess of $200 million in 2022 – a $6 billion acquisition offer really would have been “extraordinary”. (We’ll save you the math: It’s somewhere near to a 30-times multiple of profit.)

The offers got close, however. According to Bloomberg, Concord was ultimately offered somewhere north of $5 billion, said no, and packed away discussions.

Which begs the question: Where does Concord go from here?

Elements of that plan are already coming together quickly:

Concord, then, is very much back in M&A mode. Which perhaps shouldn’t be a surprise for a company that spent an estimated $1 billion on acquisitions during its first 14 years in business, before spending two nine-figure sums acquiring a majority stake in Pulse Music Group (2020), and then the Imagine Dragons publishing catalog, before acquiring that Downtown’s copyright portfolio (2021).

MBW sat down with Concord CEO, Scott Pascucci, and President, Bob Valentine, to get the inside track on the company’s discussions to sell last year – and its ultra-aggressive return to music’s M&A marketplace…

Lay it out for us: Why did you decide to explore a sale, why didn’t you sell, and what does that mean now?

Scott Pascucci: The State of Michigan Retirement System started investing in [us] as Bicycle Music some 14 years ago, and their investment has continued to grow. They’ve always been an incredibly steady source of capital, and very supportive. Their equity interest in Concord has increased over the years and is now over 90%.

Never once in that long run did Michigan ever say, ‘We want to sell Concord.’

They fund pensions, which carry 20/30/40 year time horizons. There was no reason for them to think about selling. They always loved our business; they always told us they were in this somewhere between the long-haul and forever.

“Through the process, we had a bunch of companies that were really interested in putting proposals on the table. All of those proposals were well north of $4 billion.”

But in late 2019 they started getting a lot of phone calls from people [who were] saying they wanted to buy Concord. These are people operating outside the music industry, historically speaking.

Finally Michigan got to the point where they said: ‘You know what, we have a fiduciary duty to all of our pensioners to explore this. We have an obligation to find out what Concord is really worth.’

So Michigan said to us ‘let’s test the market’. Through the process, we had a bunch of companies that were really interested in putting proposals on the table. All of those proposals were well north of $4 billion.

But we had started the whole process skeptical that we would do anything, and so it proved.

You wanted $6 billion minimum, right? That was your “extraordinary” number?

Pascucci: There’s always a number at which you have to sell anything. You might own a lovely house with your family; that house is not for sale. But if someone offers you $10 million for it, you might become a seller!

We got great offers, we didn’t counter anybody. And we said, ‘Okay, that was very informative. We’ve learned a lot about the company. We now have a very good sense of what it’s worth as a floor – and that’s a very high number.’

That was the end of the story.

We’re now working on a new five-year plan to grow this company dramatically and aggressively.

Where is the funding coming from for that aggressive five-year plan?

Pascucci: Michigan has never backed off on their support of us financially. The growth capital [Concord uses] going forward will be a combination of Michigan and maybe some debt financing.

Maybe we will take in some outside minority investors too – that’s to be determined.  And we’re getting big enough now that a lot of deals we can just do under cash flow.

Bob Valentine: Plus we have access to a revolver [fund] with 13 banks involved. There’s plenty of capital [Concord] can access from Michigan, but there’s been a couple of large deals recently come up that could [potentially require additional capital].

Tempo Music is a Private equity-owned music company looking for an exit after less than five years. Does that make you thankful for having a longer-term class of investor?

Valentine: Absolutely. Having a shareholder like Michigan investing in these assets is the best possible scenario for a company like ours. Because the time horizon that they think about things is just so much greater than anyone else in the marketplace.

We’re in an environment right now where interest rates are going up, and we all see what’s happening with inflation. The big question in the music market: Is this going to put a damper on valuations in music?

“Having a shareholder like Michigan investing in these assets is the best possible scenario for a company like ours, because the time horizon that they think about things is just so much greater than anyone else in the marketplace.”

My answer: If you’re running a financial model that had an exit planned sometime within three to five years, probably yes.

But I don’t think it has the same effect if you are looking at things from a 15 or 20-plus-year time horizon.

How does Concord continue to win deals in such a competitive M&A space?

Pascucci: Everybody likes catalog assets for publishing, us included. But recorded music assets are more complicated to onboard and to manage. So we tend to have an edge there.

And then if there are go-forward relationships with writers or artists [involved in deals], because we’re a real music company – we’re not just a financial investment vehicle – that also tends to give us an edge.

There seems to be more master rights deals starting to become available – and not just Pink Floyd! Artists from various eras seem to be recapturing ownership of their records. Kate Bush, for example. I remember when Concord did a deal to distribute the ‘Warner Bros‘ R.E.M catalog. That was one of the first big ones in the trend.

Valentine: Masters have traditionally not traded [in the M&A marketplace] because the majors owned most of the good stuff. But we’re now getting into a world, a window, where contractual reversions are [kicking in].

Whether it was 15 years ago or 20 years ago, a lot of these significant acts got their masters back, because they were in scenarios like this [during the CD era]: They’re on their third contract with a major, and the major says, ‘Fine, we’ll give you back the first part of your catalog 15 or 20 years from now, if you’ll do another three records for us.’

Those rights, in a different era – the streaming era, not the CD era – are now returning to those artists.

“These rights, in the streaming era, are now returning to artists.”

We believe that there’s generally still more upside in buying masters and exploiting masters [than publishing catalogs]. Concord was buying masters well before many other companies started buying masters, and we’ve built up a real record company.

Pascucci: The newer entrants into the music business won’t be able to pursue these [premium recorded music] assets because they’re not set up [to service and distribute] them. Plus it’s still harder to sub-contract out the management of masters than it is in publishing.

What would you like people to understand about Concord?

We’re not a major. We’re not trying to be a major. We’re not a small indie. We’re much bigger than that. We’re neither just a record company nor just a publisher; we’re much more diverse than that. We are not an asset acquisition machine. We have bought a lot of assets, but it was for a purpose – because we wanted to build a music company, and really viable successful music companies have a strong catalog foundation.

We’ve built something that we believe is unique.Music Business Worldwide 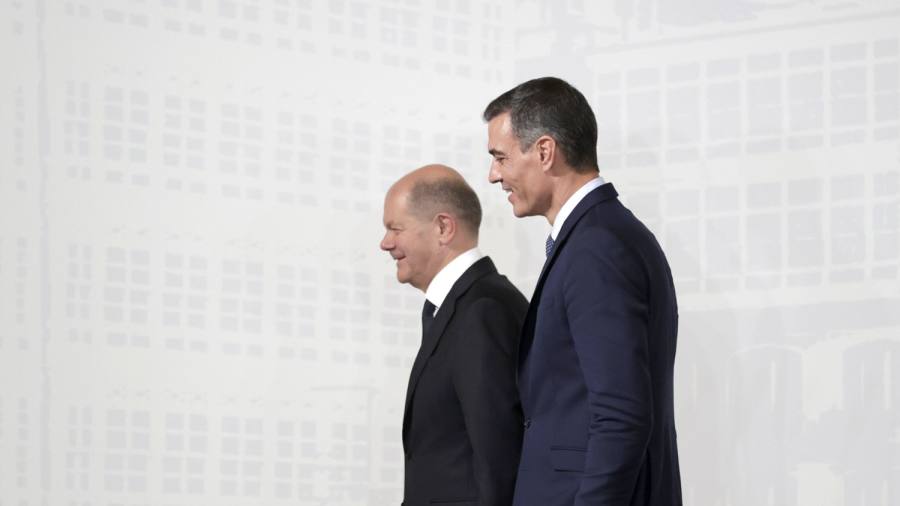 Spain and Belgium have issued warnings about the consequences of Germany’s huge fiscal stimulus package for the EU single market{...} The Central Marine Fisheries Research Institute (CMFRI) has won the first position in the latest ranking of the Indian Council{...}

A prominent Perth family is set to purchase the sub-regional asset.{...}