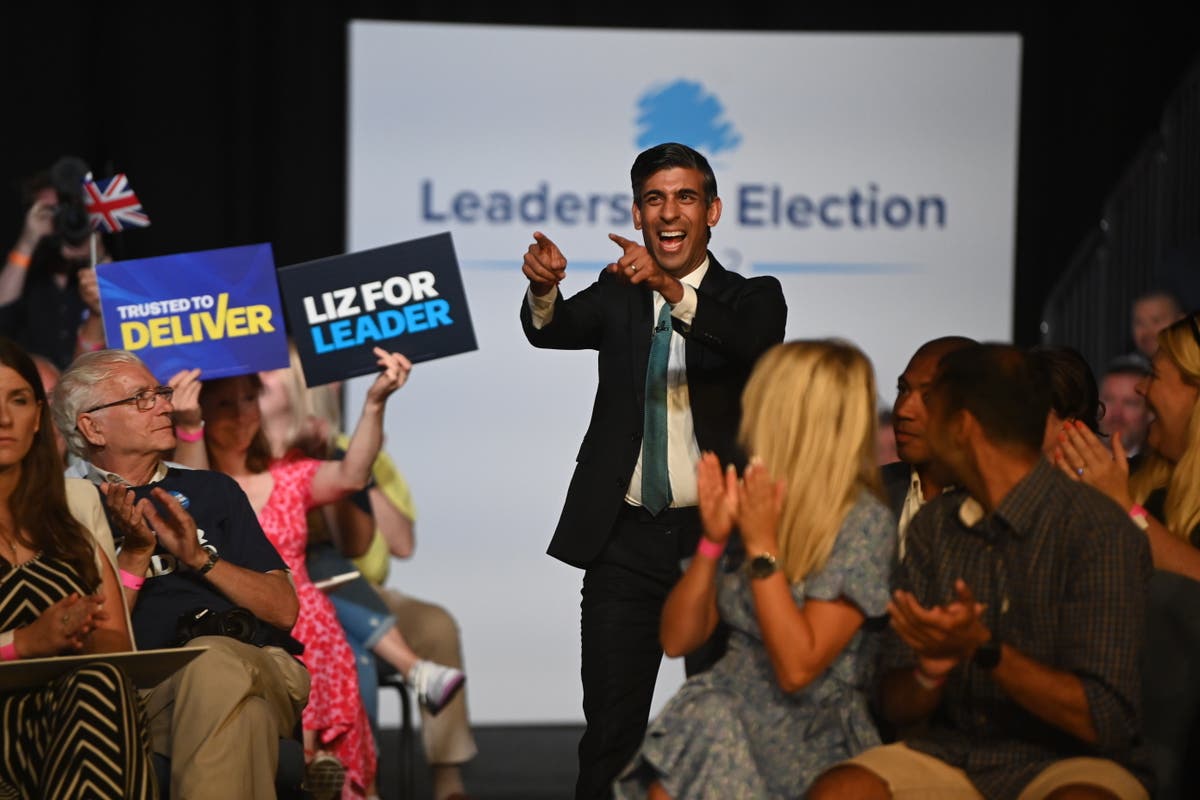 Sunak and Truss are ‘fighting each other like rats in a sack’, says shadow justice secretary

Answering questions at an event in Cheltenham organised by the Conservatives with party members, he said this would be a “moral failure”.

“(Liz) thinks her tax cut is going to help them which it is not, we are going to, as a Conservative government, leave millions of incredibly vulnerable people at the risk of real destitution,” he said.

“Now, I think that is a moral failure.”

Ms Truss hit back saying she is “low tax, pro growth, pro opportunity” and she wants to ensure the UK is open for business.

The two candidates were grilled on their economic policies as a new report from Cornwall Insight warned UK households could face paying higher energy prices for about a decade until more renewable electricity generation brings costs back to pre-2021 levels.

The UK’s economy contracted in the last three months, new data show, further stoking fears that a recession might be around the corner.

Gross domestic product (GDP) fell by 0.1% during the three months to the end of June, the Office for National Statistics (ONS) said.

It is a big step down from the first quarter of the year, when GDP rose 0.8%.

The service sector was particularly badly hit, falling by 0.4% over the quarter, ONS experts said. A large part of this was in health and social work, and came as less money was spent on the fight against Covid-19.

ONS director of economic statistics Darren Morgan said: “With May’s growth revised down a little and June showing a notable fall, overall the economy shrank slightly in the second quarter.

“Health was the biggest reason the economy contracted as both the test and trace and vaccine programmes were wound down, while many retailers also had a tough quarter.

“These were partially offset by growth in hotels, bars, hairdressers and outdoor events across the quarter, partly as a result of people celebrating the Platinum Jubilee.”

The Bank of England has warned that the UK might enter recession later this year.

This video explains what inflation is and its effect on economies:

Liz Truss ‘asked Nicola Sturgeon about how to get into Vogue’

Nicola Sturgeon has said Tory leadership frontrunner Liz Truss asked her about how to get into Vogue, writes Neil Pooran.

The first minister said Ms Truss “looked a little bit as if she’d swallowed a wasp” after Ms Sturgeon told her she had been in Vogue twice.

Liz Truss ‘asked Nicola Sturgeon about how to get into Vogue’

Johnson claims he is pressing energy firms to ease cost of living crisis, but without offering anything

Boris Johnson has said he will continue to press the energy sector to “work on ways” to help ease the cost of living crisis – but announced no new government support after crunch talks.

Resisting pressure to act immediately, the outgoing prime minister said after a meeting with the electricity sector in Downing Street that it will be for his successor in No 10 to make “significant fiscal decisions”.

‘They agreed to work with us to do more to help the people who most need it,’ Nadhim Zahawi says

Liz Truss appears to forget where she is at Conservative hustings

Tory leadership contender Liz Truss yesterday evening appeared to forget where she was, as she told the audience at Cheltenham hustings that they were in Derbyshire, writes Andrew Woodcock.

There was no response from the Tory members attending the event at the Gloucestershire town’s famous racecourse, and Ms Truss ploughed on with her comments without correcting herself.

Liz Truss appears to forget where she is at Conservative hustings

Foreign secretary tells Cheltenham audience they are in Derbyshire

A liveblog poll running during yesterday’s Cheltenham hustings hosted by The Telegraph saw Rishi Sunak get more votes than his contender Liz Truss, who is otherwise seen as leading the race.

The poll, only carried out on the website among readers visiting the live feed does not have a varied sample like surveys to represent the mood of the public but with over 70,000 votes, it was enough for supporters of the former chancellor to celebrate that he is still very much in the race.

Mel Stride, chair of the treasury select committee, declared quoting the poll results: “This race is only half way through, wide open and it is @RishiSunak who has the momentum.”

Rishi Sunak reveals Boris Johnson has been ignoring his calls

Speaking at the latest hustings in Cheltenham, former chancellor Rishi Sunak revealed the prime minister has been ignoring his calls since he resigned from cabinet.

Mr Sunak sparked Boris Johnson’s downfall by being one of the first ministers to abandon their post in early July, alongside former Health Secretary Sajid Javid.

Rishi Sunak reveals Boris Johnson has been ignoring his calls

Rishi Sunak spoke about his relationship with Boris Johnson on Thursday night.

Rishi Sunak has warned his rival’s cost-of-living plans could put vulnerable people at risk of “real destitution”, as economic policy once again drove a wedge between the Tory leadership hopefuls.

As the pair took to the stage for the latest hustings for party members, the former chancellor claimed that without further direct payments, pensioners and those on very low incomes could face serious hardship.

But Liz Truss stood by her tax-cutting plans, warning against “Gordon Brown economics” where “you take money off people in taxes and give it back in benefits”.

Welcome to The Independent’s UK politics blog for 12 August 2022 where we provide the latest on the Tory leadership race and all that’s buzzing in Westminster. Stay tuned! 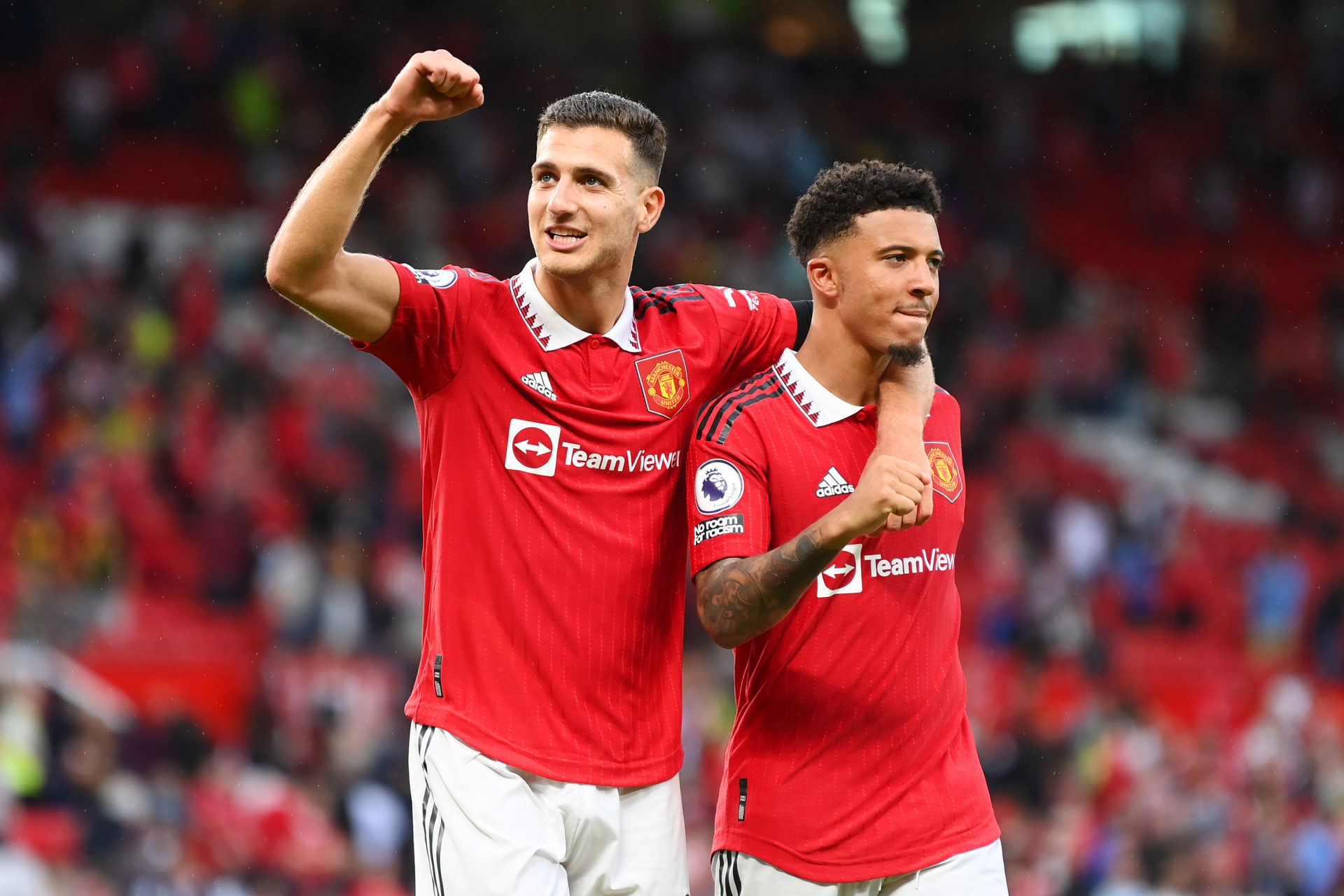 As we enter the first international break of the season, Manchester United can reflect on an eventful start to the{...}

ISSUES with school-run parking has sparked calls for better enforcement to protect pupils. Readers responding to a previous article about cars{...}