Boris Johnson is expected to announce how England will “live with COVID” today as he considers dropping all remaining restrictions, Downing Street said.

The prime minister will meet his cabinet ministers this morning to agree the plan for living with the virus after almost two years of restrictions, according to Number 10.

He is then expected to update parliament on the plans this afternoon before holding a news conference to reveal details to the public in the evening.

On Saturday, Downing Street had confirmed that positive cases and their close contacts will no longer having to self-isolate by the end of this week.

Mr Johnson said: “Today will mark a moment of pride after one of the most difficult periods in our country’s history as we begin to learn to live with COVID.

“It would not be possible without the efforts of so many – the NHS who delivered the life-saving vaccine rollout at phenomenal speed, our world-leading scientists and experts, and the general public for their commitment to protecting themselves and their loved ones.

“The pandemic is not over but thanks to the incredible vaccine rollout we are now one step closer towards a return to normality and finally giving people back their freedoms while continuing to protect ourselves and others.”

Country in ‘strong position but must remain cautious’

No 10 said Mr Johnson is committed to setting out how the country will live with COVID as the UK is now in a “strong position” to consider lifting remaining restrictions following a successful vaccination program.

He wants to move away from “government intervention towards personal responsibility”.

The government is planning a “vaccine-led” approach and said living with the virus will depend on the “sustained population immunity provided by vaccines”.

But, the PM warned the pandemic is “not over” and the government’s scientific advisers on its SAGE committee have emphasized there is “considerable uncertainty about the path the pandemic will now take in the UK”.

The government has promised to take a “cautious approach” by retaining some surveillance systems and plans to reimpose measures “if needed to respond to new variants”.

No 10 praised the public’s adherence to Plan B restrictions and said wider behavior change has slowed the growth of the virus, adding that more than 81% of adults have now had booster jabs.

The government has not said if the changes will mean people could go to work after testing positive, but the PM’s official spokesman previously said “there would be guidance, that would not be what we are recommending”.

It has also not confirmed if the provision of free lateral flow tests could end following reports people would have to pay for them.

On Sunday morning, Mr Johnson told the BBC testing would happen “at a much lower level” because it is unsustainable to continue spending £ 2bn a month on the scheme.

The plan to scrap self-isolation has been criticized by some, including by three-quarters of NHS leaders in England who disagree, according to a survey by the NHS Confederation.

Matthew Taylor, chief executive of NHS Confederation that represents NHS trusts, told Sky News it was “too early” to be ending mandatory testing and said there was no plan for what to do without the program.

He said if isolation is no longer mandatory then what is the advice for NHS and care staff, and added that he did not understand why all the restrictions had to be lifted at the same time.

Dr David Nabarro, the World Health Organization’s special envoy on COVID-19, did not support the move either.

“I appreciate their concerns about absenteeism … but at the same time, what we know about this virus is that it is not good for people and simply just treating it as though it is a harmless virus we think – that’s myself and colleagues in the World Health Organization – we think that’s unwise, “he told BBC Radio 4’s Today program.

Dr Chaand Nagpaul, chair of the British Medical Association, said the decision was “premature” and “not based on current evidence”.

“It clearly has not been guided by data or done in consultation with the healthcare profession,” he said.

The “living with COVID” approach will only apply to England so far, however the UK’s three devolved nations have generally followed suit throughout the pandemic, if reluctantly.

In Scotland, the SNP’s Ian Blackford said his government would be more cautious as he reiterated the importance of self-isolation rules and free tests – and accused Mr Johnson of removing restrictions “to save his own political skin”.

UK News
‘Instead of planning his birthday, we’re preparing his funeral’: Mum of murdered schoolboy’s agony as killers are jailed

UK News
Bye Bye! Sushi in Deal proves that you do not have to travel to London to get good Japanese food – Matt Drake 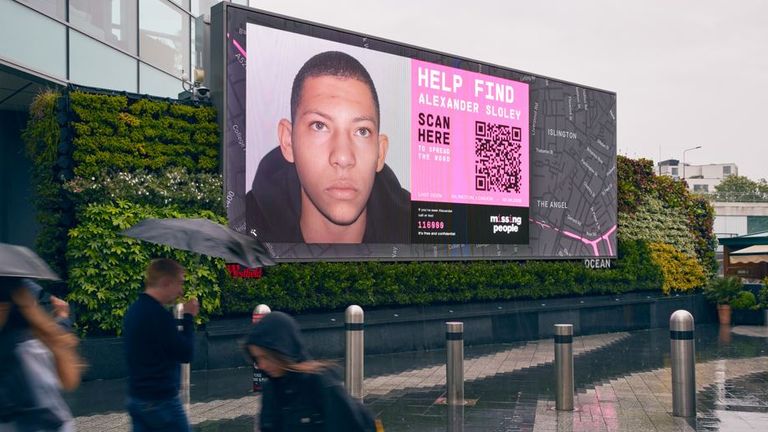