WASHINGTON — A somber crowd gathered on the lawn across from the U.S. Capitol Thursday night to watch the first of a Congressional committee’s Jan. 6 hearings, which was piped out to a prime-time audience.

The summer evening watch party had all the ingredients of a festive occasion, with casually-dressed people and free Ben & Jerry’s ice cream for the taking. Yet, the mostly boomer and millennial attendees seemed transfixed on a large screen tuned to CNN, silently watching events unfolding in real-time less than half a mile away in the Capitol.

The D.C. watch party event was one of 100 events nationwide, including in Phoenix, Arizona, and Syracuse, New York, that were hosted and planned by interns, staff, and volunteers of the Not Above The Law coalition.

Public Citizen, a consumer rights advocacy organization, was the primary organizer of the flagship watch party in Washington. The nonprofit spent one month coordinating the watch party with volunteers and activists from the Not Above The Law coalition. Public Citizen volunteers texted, emailed and called people in the days leading up to the watch party to encourage a high turnout, according to Ilana Beller, a field manager for Public Citizen.

“This [event] has been part of an ongoing effort to prevent the sabotaging of our ability to have free and fair elections by Trump and his allies,” said Jonah Minkoff-Zern, co-director of Public Citizen’s democracy campaign.

The watch-goers around the country know that supporters of former President Donald Trump breached the U.S. Capitol on Jan. 6, 2021, in an attempt to stop the electoral vote certification of the 2020 presidential election. The House Jan. 6 committee investigating the attacks is now presenting its findings in a public way.

The seven Democrats and two Republicans on the committee are presenting the view that Trump was responsible for the threat to the electoral vote count on Jan. 6.

Public Citizen reached out to Ben and Jerry’s, a Vermont-based company that isn’t shy about corporate activism, for sponsorship. The company came out with an ice cream flavor called “Pecan Resist” directed against Trump in 2018.

“Tonight, as thousands gathered at over 100 events to watch the hearing together, we had a visceral reminder of the intensity of the attack we witnessed on the Capitol on January 6,” Lisa Gilbert, executive vice president of Public Citizen, said in a statement. “All Americans should be feeling disgusted by what we learned tonight, as well as a passionate interest in the facts and evidence that will be unveiled next.”

The crowd focused on every word of the CNN broadcast, occasionally clapping along. The Jan. 6 committee’s unusual move to hire John Goldstein, the former president of ABC, to produce the hearing, had seemingly paid off. The broadcast featured never-before-seen footage of the events before and during the Capitol breach, as well as live witness testimony from Capitol police officers.

Trump took to his social network Truth Social to criticize the House Select Committee investigating the Jan. 6 attack soon after the televised hearing, saying, “So the Unselect Committee of political HACKS refuses to play any of the many positive witnesses and statements, refuses to talk of the Election Fraud and Irregularities that took place on a massive scale, and decided to use a documentary maker from Fake News ABC to spin only negative footage,” Trump said. “Our Country is in such trouble!”

Public Citizen did not hire any security for the watch party. There seemed to be no fears of protests by the Proud Boys or Oath Keepers, the two groups named as conspirators in the events leading up to and during the Jan. 6 attack. If it weren’t for the fences surrounding the perimeters of the Capitol, the watch party may have been held even closer to the Capitol grounds.

The crowd suggested that the footage released during the prime-time televised event had reignited fearful emotions felt on Jan. 6, 2021.

“I was just talking to someone who said the January 6 insurrection scared her more than 9/11,” said Lake Dodson, a student at the University of Mississippi. “I thought that was really shocking.”

“It’s [the footage] a lot to take in, even though I thought I had seen everything. It’s intense,” said retiree David Barrows.

The hearings are expected to unfold on live television over the next month, with the next scheduled for Monday at 10 a.m. ET.

This story was provided to Newsweek by Zenger News. 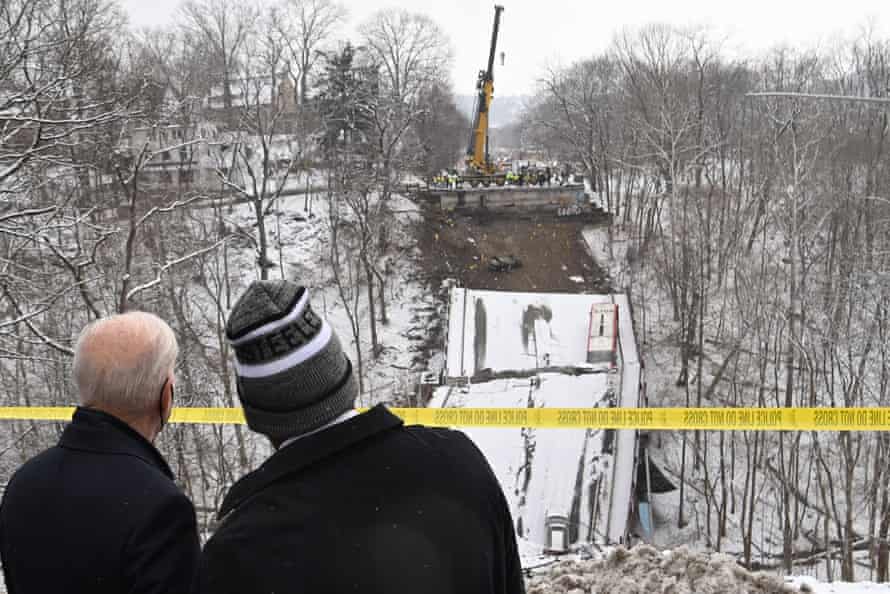 USA News
‘We have to fight back’: can Joe Biden recover before the midterm period? | Joe Biden