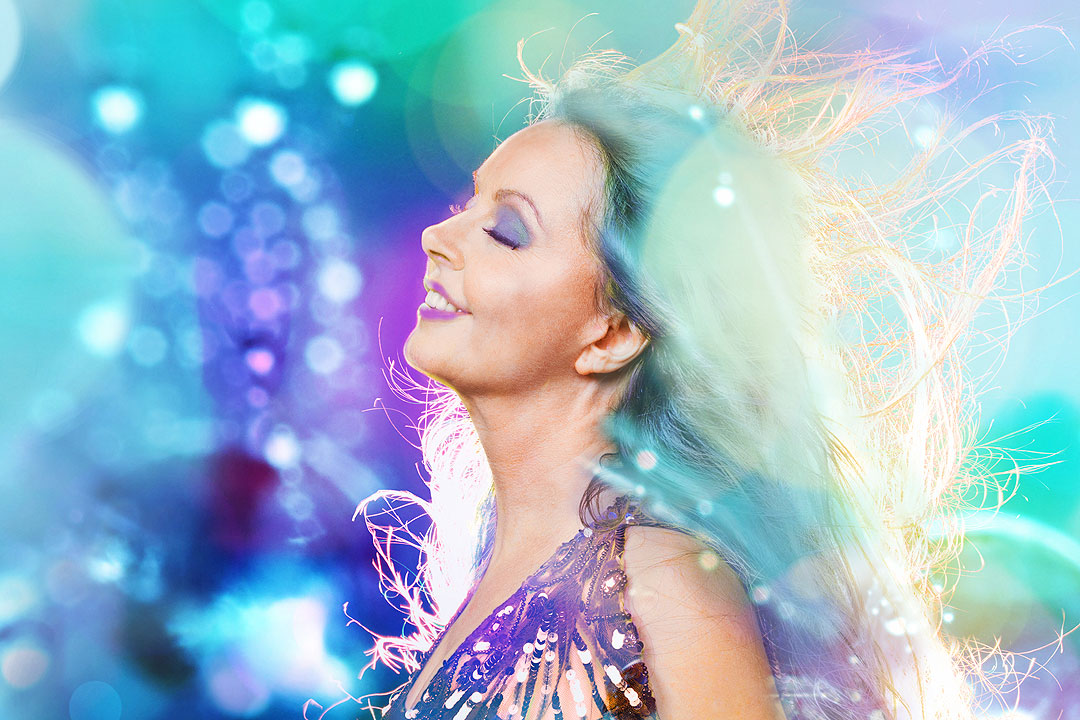 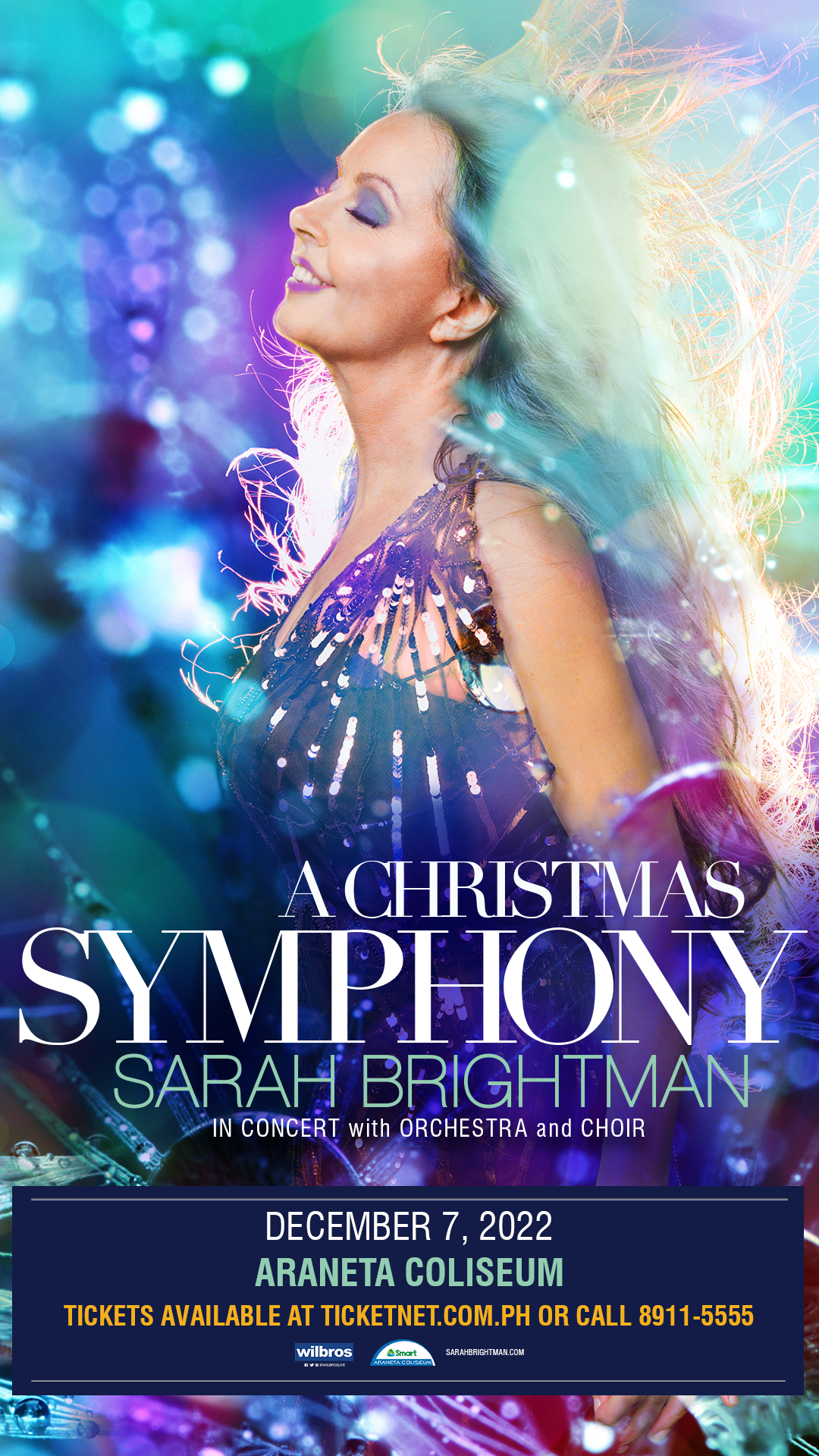 SINGER Sarah Brightman is very aware of the importance of Christmas in the Philippines, so the timing of her concert here is perfect.

“For people in Philippines, it’s a very important time of year. I knew that you start celebrating even in September,” Ms. Brightman said during an online press conference with media from Manila on Sept. 13. “In all the countries are going, this is particularly an important one to bring this.”

The soprano was referring to A Christmas Symphony Tour which will be coming to Manila on Dec. 7 at the Smart Araneta Coliseum in Quezon City.

Ms. Brightman was scheduled to hold a concert in Manila in June 2020 — her first visit since the Harem World Tour in 2004 — however, the show was canceled due to the coronavirus pandemic.

Ms. Brightman, who is a UNESCO Artist for Peace Ambassador, is known as the world’s best-selling soprano, having amassed sales of more than 30 million, and receiving awards in over 40 countries. She originated the role of Christine Daaé in the musical The Phantom of the Opera on both West End and Broadway stages. She has performed at such prestigious events as the Concert for Diana, The Kennedy Center Honors, and the Barcelona and Beijing Olympic Games. Her most recent full-length studio album, HYMN, was released in 2018 and debuted at No.1 on the Classical and Classical Crossover Billboard charts.

Touring a Christmas concert, Ms. Brightman said, is “quite a responsibility” since it is “very personal to many people.”

“I took really great care on what pieces of music that I chose and knowing that some people would like to hear some hits from me as well as Christmas music. I’ve intertwined all of these pieces together. So, my hits may have a slightly different arrangement that has a more Christmas feel,” Ms. Brightman told the Philippine press. “Obviously, some of the Christmas songs are very traditional ones. There are religious ones. There are fun ones… [and] everything intertwines beautifully.”

Presented by Wilbros Live and Smart Araneta Coliseum, the concert will include an orchestra and a choir.

“I wanted it to have a choir because I always think that choirs represent angels… So, there’s a lot of songs that have choirs singing along,” Ms. Brightman said of the concert.

Ms. Brightman added she will be singing “Silent Night” in German (“Stille Nacht”), as well as well as festive arrangements of songs from musicals.

“We’ve got a wonderful choir singing ‘Masquerade’ which was in [Phantom of the Opera], and then we do ‘Phantom of the Opera’ which is kind of interesting,” Ms. Brightman said. “I think it will be a fancy Gothic Christmas piece to do at that time.”

As for the stage production, Ms. Brightman described it as “a very visual treat for everybody.”

“We’ve created some very intimate beautiful lighting for the show, and also the looks of where the orchestra plays onstage, [it’s] a little bit like looking into a snow globe,” she said.

Aside from festive Christmas music and popular songs, the concert will also include songs that reflect sorrow.

“You have to take into consideration people’s feelings at that time of year. Sometimes it isn’t a great time for people, they struggle. We all have been through [a Christmas] that hasn’t been great. Either we’ve lost somebody or we’re feeling alone, there is that to consider,” she said. “[Apart from] having a lot of sort of wonderment and beautiful pieces in this Christmas repertoire, I also have some songs that reflect on struggle.”

Even with a career that has lasted over four decades, Ms. Brightman continues to train with teachers and professors from around the world.

“I’ve always taken great care and I work with different people all over the world to keep this up,” she said.

“You’re always learning especially if you’re very interested in voice and the vocal sounds that are made within that and with other people’s [voices]. It’s very important to understand different forms of teaching that are now present and not so old-fashioned, and also going into the future,” she added. “I’m probably training every day for about two hours. If I work on a repertoire, it will be longer than that.”

Having recorded 12 studio albums, and performed in seven musicals, four plays, and two operettas, Ms. Brightman said longevity in the arts and entertainment industry involves putting “150% into it.”

“If you want to be truly great — and I have a huge, long career — you have to kind of devote a lot of your life to it and there are a lot of sacrifices.

“Nowadays obviously with the internet and everything we have available to us, you could get famous very quick, which doesn’t certainly mean that that [fame] would last that long. Because you have to have the material [and] yourself be at excellence to carry that wonderful moment,” she said. ‘Allows Android users to make contactless payments and store digital passes on their phones’: Chaiti Sen, head of communications at{...}

TAP Air Portugal plans to increase its routes to the Americas for summer 2023, offering 17 additional flights for the{...}