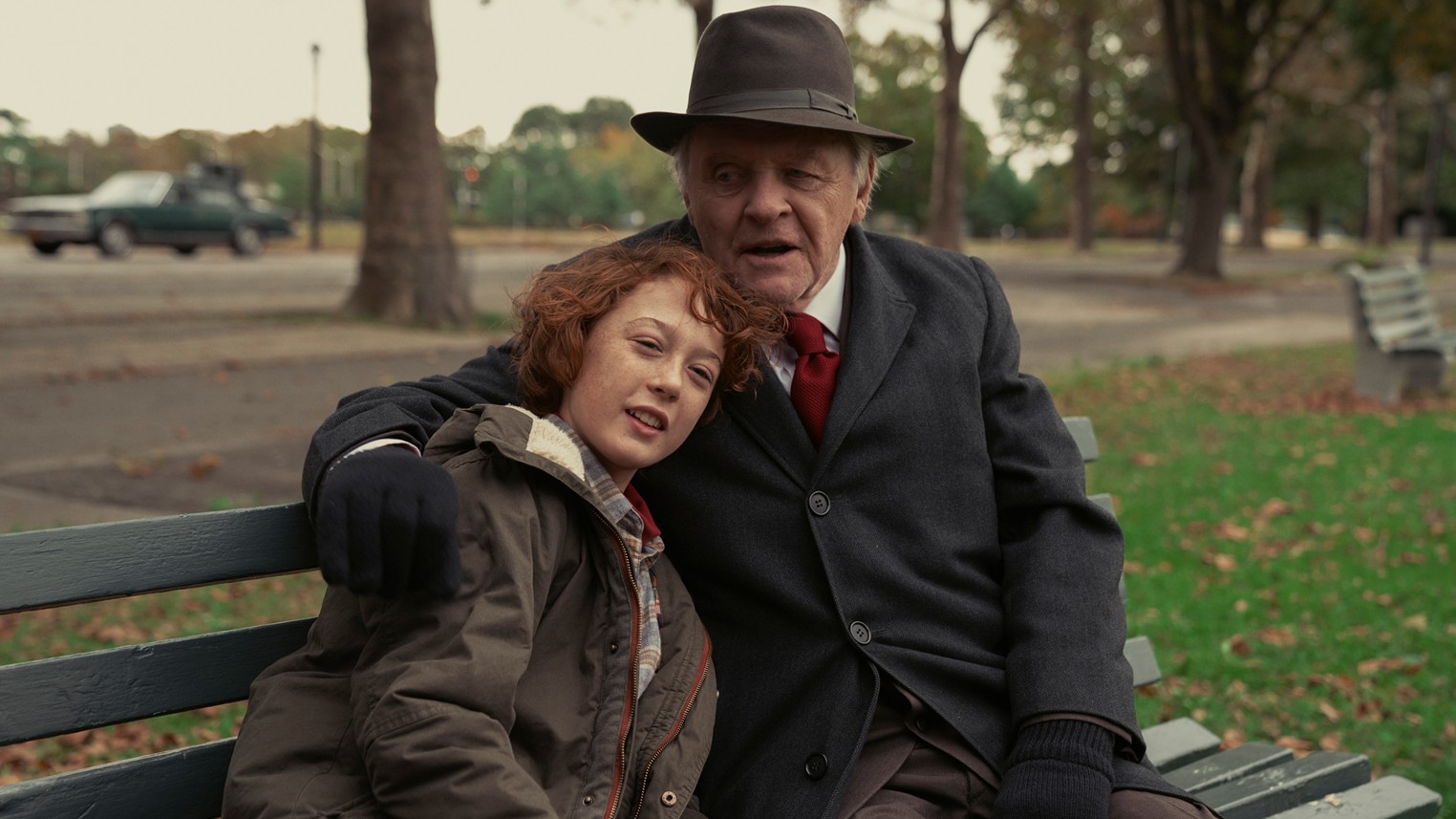 Denver Film Festival 2022 Goes Back to the Future The 45th annual Denver Film Festival kicks off at 8 p.m. tonight, November 2, with the red-carpet presentation of Armageddon Time, starring Anthony Hopkins and Jeremy Strong, at the Ellie Caulkins Opera House. And like the other 140 features that will be unspooling before the fest wraps on November 13 (out of 229 films total), the only way to see it will be to head to the site itself.

That’s a change from 2020, when the festival was almost entirely remote because of the COVID-19 pandemic, and 2021, a hybrid presentation in which some movies could be viewed on a device rather than at a venue such as the Ellie, the Sie FilmCenter, the Denver Botanic Gardens and the AMC 9 + CO 10, all of which are 2022 DFF participants. But this year, notes artistic director Matt Campbell, “we’re going back to being fully in person.”

When the remote concept was first introduced, Campbell enthused about how it allowed Coloradans who live outside the Denver area to experience the cinematic offerings. But a lot has changed over the past two years.

“Distributors, film agents and the filmmakers themselves aren’t keen to do virtual anymore,” he explains. “We found that almost any time the ask was made, they only wanted to do the films in person. They really want to preserve the in-person experience. And while we did really well with virtual in 2020, when we skewed back to doing in-person last year, we weren’t able to get the messaging out about the virtual option to as wide a swath outside of Denver as we had before, and we definitely saw that in the numbers. So this year, it made sense to keep everything in person.”

The festival doesn’t have “an overarching theme,” Campbell says, “but you’ll notice some through-lines and hot-button issues and very timely discussions that are echoed in the films, And the way we’ve responded to this is changing our approach to our panel conversations. We’ve branded them Stories From Interesting Times, and they’ll be discussions that aren’t necessarily related to specific films, but broader looks at society — discussions around news, work, art and food, and how so many things are changing because of what’s happening with the climate, technology and the political landscape.”

He sees Armageddon Time as fitting perfectly with this approach. “The film isn’t political,” he says, “but it takes place against the background of Reagan coming to power at the same time as the transitional moments in this coming-of-age story. The festival is always trying to better understand our contemporary condition in one way or another, and a lot of the films are going to reflect that.”

That includes the nonfiction offerings. According to Campbell, “The documentary landscape is always so rich, and it’s really hard to pick and choose which ones we put in the festival because there are so many great films. But one of the standouts, which is already being talked about as a frontrunner for Oscar consideration, is Laura Poitras’s All the Beauty and Bloodshed [screening at 6:15 p.m. Saturday, November 5, at the Sie FilmCenter], which profiles Nan Goldin’s art and life, but also her protests against the Sackler family over the opioid crisis. It presents two sides of this coin to paint a complete picture of the subject matter that’s just impeccable — and I think it’s representative of a lot of documentaries at the festival.”

There’ll be a distinctive international flavor, too, thanks to sections focusing on films from Italy and the United Kingdom, as well as tie-ins to Denver Film staples such as the Colorado Dragon Boat Film Festival, which highlights Asian and Asian-American offerings, and CineLatinx, devoted to movies from Central and South America. Also on the docket, Campbell points out, is “our virtual-reality and immersive programming and lounge — but this year, we’re going to be doing it at the Tattered Cover East instead of the McNichols Building. That’s our primary hospitality lounge, and it will be nice to be more centralized with the Sie FilmCenter — and we’re going to have an additional lounge at the AMC 9 + CO 10. We’re hoping that by condensing our footprint and making it a little closer and more accessible, more people will be able to enjoy these amenities.”

Of course, the biggest draws are expected to be the high-profile flicks at the festival prior to their wider release. “On Friday, November 4, at the Ellie, we have our Centerpiece, Empire of Light, Sam Mendes’s new film. It’s about a grand old cineplex in a small town on the shore of England in the 1980s, and there are a lot of different stories weaving in and out of it,” Campbell says. “But it’s really a love letter, an ode to cinema itself — to the movie palaces and that experience. Plus, it’s got a fantastic performance by Olivia Colman. It really is perfect for a film festival, because it celebrates the communal experience of watching a film together.”

The following week, on Thursday, November 10, “is our Big Night presentation of Loudmouth, a documentary about the life of the Reverend Al Sharpton — and we’re very excited to have Reverend Sharpton in attendance,” Campbell continues. “He’s going to have a conversation with Stephanie Rance, co-founder of the Martha’s Vineyard African American Film Festival. That will be the flagship for our Color of Conversation Film Festival section. Last year was the beginning of the relationship we’ve been building with the Martha’s Vineyard African American Film Festival, but we’ve formalized that partnership so that it will be more of a year-round presence.”

Additionally, Campbell touts “our Closing Night film, on Saturday, November 12 — Women Talking, Sarah Polley’s new film, which is really powerful and has Oscar potential written all over it. There’s a large ensemble cast including Frances McDormand, Rooney Mara and Claire Foy, and it’s based on a book about an isolated Mennonite community where the women are being sexually assaulted by the men who live there. The film is about these women deciding how to respond to what’s happening, and when I saw it at Telluride, it really blew me away.”

Attendees will have two fresh ways to fest, Campbell reveals. “We’re offering an all-access pass that’s basically what it sounds like: full access to everything. It’s more of a concierge service. And we’ll also have the Mile High Pass, which will give you a well-rounded sampling of the festival: two red-carpet screenings, two special-presentation screenings, five regular screenings and access to all the lounges and parties. It’s a way for folks who really want to get the festival experience outside of going to a handful of screenings.”

CHIYODA, TOKYO—Craning his neck in frustration between the heads and shoulders of the many dignitaries and officials seated in front{...}

Immigration officials confirmed the moves to City Limits Tuesday, and lawyers say some 35 detainees have been sent from the{...}

And just as the Board of Regents gets set to consider new regulations for these private religious schools. The Young{...}