Diablo Immortal is one of the biggest mobile game releases of the year, and it will certainly be just as challenging for mobile devices to run as it is for a player to complete. Gaming smartphones are sold with the promise of having all the right technology and software tools to get games flying and, in theory, you to a better player.

Is a gaming phone needed to get the most out of it Diablo Immortal, or is an iPhone just as capable? To find out, we have played the game on Asus ROG Phone 5 and iPhone 13 Pro.

The Asus ROG Phone 5 was released in early 2021, but remains the top of gaming smartphones due to Asus’ extensive software toolkit, a gigantic amount of handling capability, shoulder-mounted buttons, lots of accessories and more. We tried the ROG Phone 5 Ultimate with its Qualcomm Snapdragon 888 processor and 18GB of RAM for power, and the 6.78-inch, 144Hz refresh rate AMOLED screen for the visual. The 360Hz touch sampling speed should also make it responsive.

iPhone 13 Pro came out towards the end of 2021. It features Apple’s powerful A15 Bionic processor for power and a 6.1-inch OLED screen with Apple’s ProMotion 120Hz refresh rate technology. Apple does not talk publicly about RAM or touch sampling speeds. It also does not have a specific gaming mode like the ROG Phone 5, so you should trust Apple to deliver the performance when needed. Qualcomm’s Adreno 660 Graphics Processing Unit (GPU) runs the Asus phone, while it’s Apple’s own 5-core GPU inside the iPhone.

Both are technically very different and they are also different in design and feel in the hand. The ROG Phone 5 is a heavyweight of 238 grams compared to 204 grams on the iPhone, plus the phone is significantly longer in the horizontal direction. However, the feel in the hand of the ROG Phone 5 is dramatically more comfortable than the iPhone 13 Pro, which is let down by the sharp edges of the chassis. After playing on both of them for a while, I found that the ROG Phone 5’s screen was also a little less reflective, which helped make the endless dark scenes easier to examine.

None of the phones were close to overheating, though the iPhone 13 Pro got hot to the touch even inside a case when I was playing. The ROG Phone 5 manages its temperature well and I could have added the cooling fan accessory if it became unmanageable at any time, but I did not feel it was close to needing it.

If you need to charge your phone while playing, the ROG Phone 5’s side-mounted charging port means the cable does not protrude at the end of the phone as it does with the iPhone. It’s small things like this that make the ROG Phone 5 a game phone, while the iPhone 13 Pro (rightly) should be suitable for everyone, regardless of intention. But we’re playing a game here, and the benefits of ROG Phone 5’s dedicated design really shone through.

ROG Phone 5’s big screen does Diablo Immortal looks great, but it’s the sound that really stands out. The stereo separation is pronounced, giving the game a wonderful, wide sound image. If you did not think a smartphone could ever sound so good, try ROG Phone 5 and it will change your mind.

The game runs at 30 fps and is mostly very smooth on the ROG Phone 5’s 144Hz refresh rate screen, but there are a few notches as you go through the game world. It’s not harmful to the game, but it’s noticeable. iPhone 13 Pro plays smoothly without the notch, giving the game a more polished look, and the screen’s lovely natural colors and dynamic range make it look great. The sound is good, but it can not match the clarity and depth of the ROG Phone 5, and it often sounds a bit shrill at higher volumes.

I could not see any difference between the phones in terms of graphics, and at full brightness, both phones get the best out of the game’s gloomy color palette. The ROG Phone 5’s always so small notch (which may be due to Android rather than the phone) fails it compared to the iPhone’s beautiful smoothness, but the sound is definitely a step ahead.

Tweaks in the game

When you play Diablo Immortal on the iPhone, what you see is what you get, as there is no way to change any of the phone’s settings to change the performance. It’s worth configuring a focus mode to remove interference such as incoming messages if you plan to play for a while, plus remember to turn off silent mode if you want to hear the sound in the game.

The Asus ROG Phone 5 is far more customizable. I played the game with X-Mode active, so it used every single bit of the available power and RAM, but I can not say that it was always noticeably more performing than when it was off. The phone’s multiple virtual buttons are far more successful. I configured the right shoulder button as the general firing button and the left for one of the special attacks. It does not work for those who require you to aim once it is activated, but it is fine for weapons with automatic aiming. X-Mode also turns off notifications for uninterrupted gameplay.

But did these changes and special buttons actually make the game better than on the iPhone, where you are limited to the on-screen control panels? The shoulder button that activates your main weapon is an advantage when shooting and shooting, as you can see more of the main screen. It also frees up fingers and space on the screen so you can use additional weapons (I play as a demon hunter, for reference) at the same time as your main weapon. It definitely makes the fight more fluid, and depending on how you use the shoulder buttons, it can also make you more deadly in the game.

The ROG Phone 5 Ultimate has virtual buttons on the back of the phone, and even more buttons that can be customized if you use the rear-mounted cooling fan accessory. It’s easy to configure them through the Game Genie menu (it is activated with a swipe on the left side of the screen), but I personally did not find any benefit in configuring other buttons. Diablo ImmortalThe on-screen controls are already pretty good, but by handing only two to the shoulder buttons you can make the game easier to control and give you the chance to use more than one weapon at a time.

Of course, we do not expect anyone to choose a phone based on how a game perform, but the interesting thing here is how a dedicated gaming phone can really enhance a game and how it feels to play it.

From the sound to the shoulder buttons, I felt more connected to the game on the ROG Phone 5, and while the smoother performance of the iPhone 13 Pro was noticeable, it felt like I was just “playing a game”. It’s a difficult distinction to define and explain, but if I were facing the two phones, I would pick up the Asus device, mostly because of the superior sound and helpfulness of the shoulder buttons.

There are definitely benefits to playing Diablo Immortal on a gaming phone, but unless you are very serious about the game, you will be happy to play on iPhone 13 Pro. If you’re interested in how the game plays on the Galaxy S22 Ultra, we’ll put it through here, and we also have some beginner tips here if you’re just getting started. 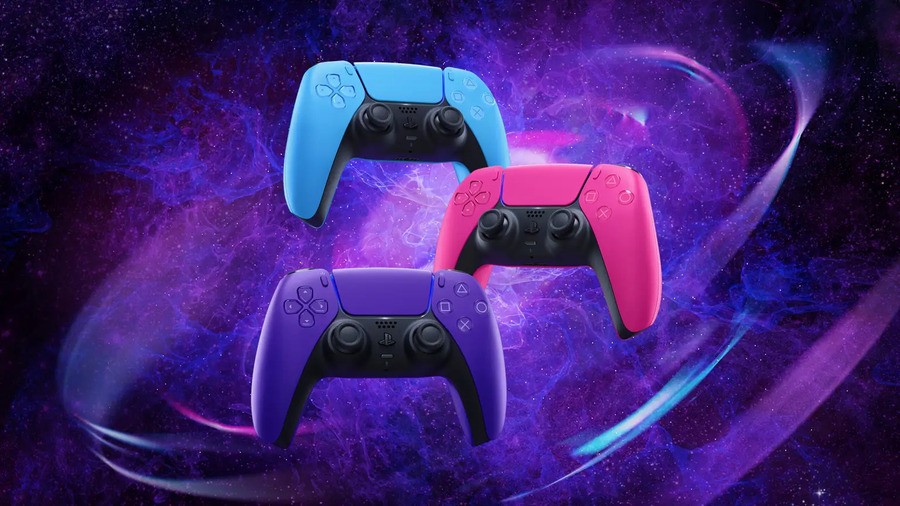 Technology News
Your Router Is Probably in the Wrong Spot. Move It to Speed Up Your Wi-Fi
Technology News
The first screenshots of From Software’s Armored Core 6 have apparently been leaked