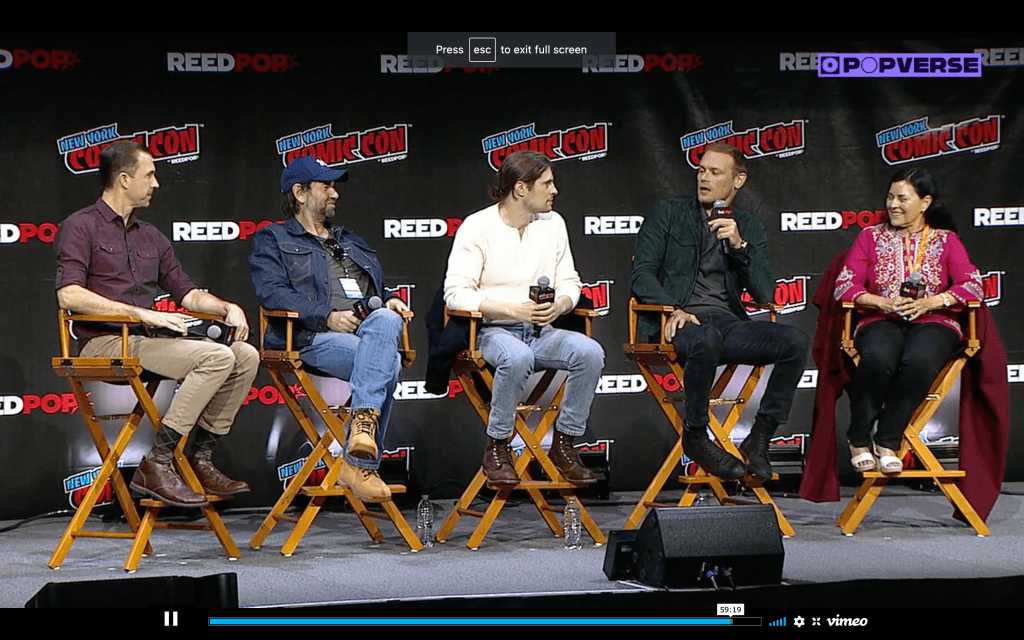 The men of Outlander — Sam Heughan, John Berry and Duncan Lacroix — took center stage at New York Comic Con Sunday but it was author Diana Gabaldon who delivered some of the best zingers at the panel.

When reflecting on the drama’s beginnings on Starz, Gabaldon recalled sitting with Heughan and Caitriona Balfe and talking about the people who love her books. “I have never had a bad fan experience,” she remembered telling the duo. “They are wonderful, intelligent and kind. Bear in mind, though, that people with real, mental derangements don’t have the intelligence to read one of the books. TV is a different thing.”

Gabaldon also brought the house down when explaining how she can track the mood on set by watching the dailies from each episode. “I can judge by how things are going by the number of times Sam or Caitriona says f–.”

When Heughan asked her who says it more, she quickly responded, “Caitriona.”

Fans got a chance to lodge questions to the panel, which included a query about the Outlander characters and who everyone would prefer to hang out with in real life. Gabaldon had an immediate answer for that. “I would get along best with Jamie,” she said. “I’ve been living with him for 50 years and we still get along all right.”

She says people often ask her why she made Lord John Grey (Berry) gay. “He just showed up that way,” she said, simply. And Grey’s love for Jamie would go unrequited because “he already has too many people in love with him.” True dat.

But her best comment came when discussions centered on the long run of Lacroix, whose character Murtagh Fraser should have died on the Culloden battlefield but instead lasted until season 5. “If we get to a season 8, I’ll see what we can do about Murtagh’s ghost.”

The 41-year-old spent some time picking out the perfect present. During the episode, Kim eyed a pair of multicolored Nike{...} 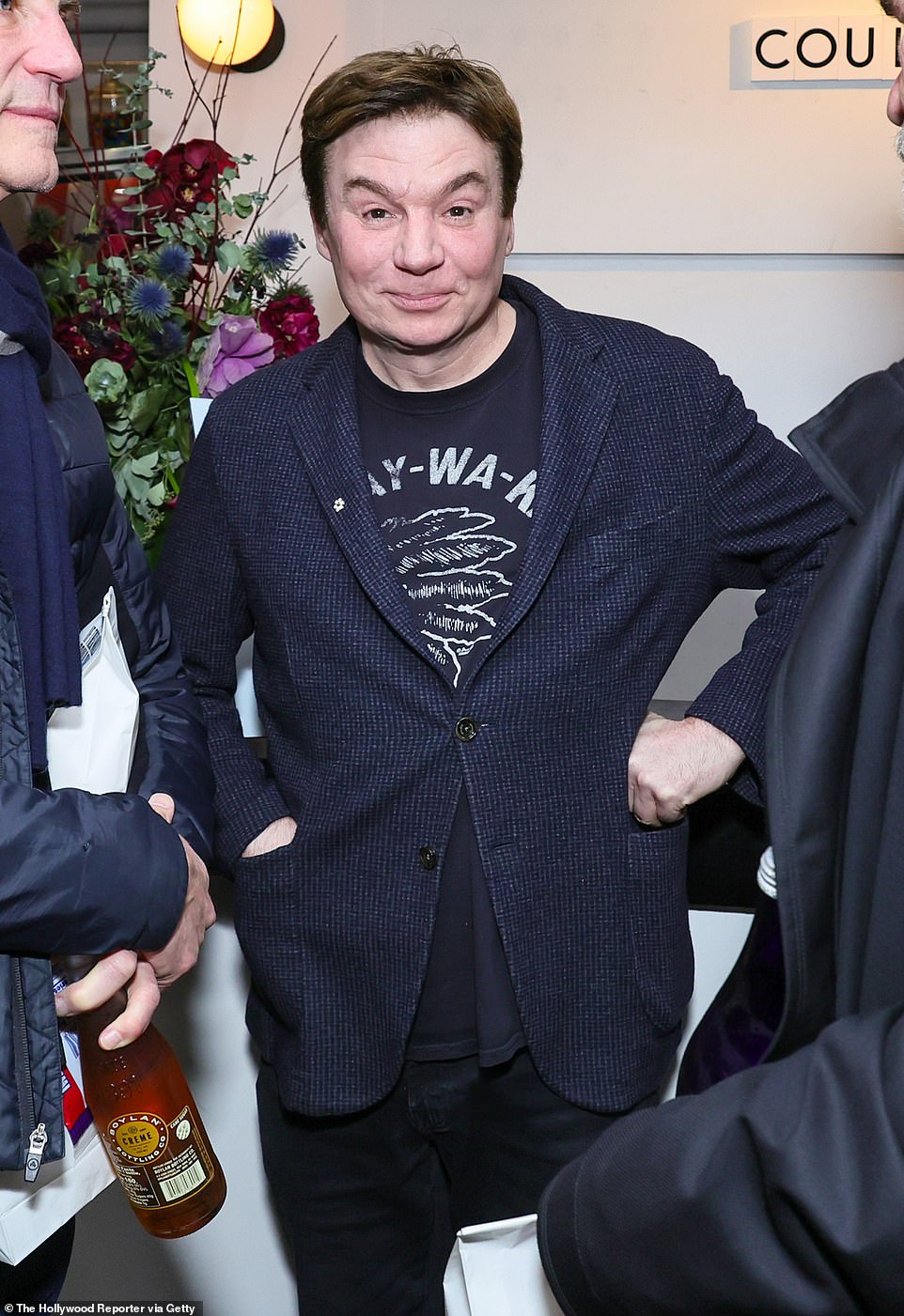 Mike Myers looked youthful and rosy-cheeked as he attended the New York City premiere of Mary McCartney’s Disney+ documentary, If{...}