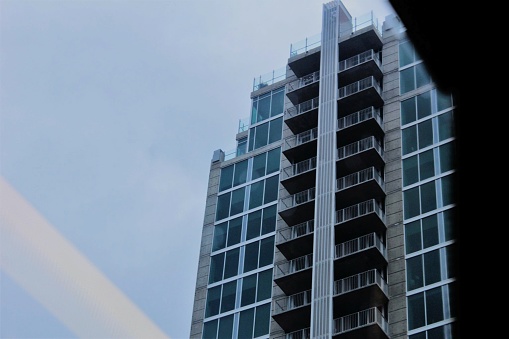 DJ Dies After Falling From High-Rise, Girlfriend Says She Didn’t Push Her

Houston-area DJ DBaby has died a week after plummeting from a 13th-story balcony, and her girlfriend insists she did not push her as rumors that the two were fighting continue to circulate on social media.

The up-and-coming 23-year-old DJ, who’s real name is Darian Lewis, fell from the high-rise apartment building in the early hours of July 4 before landing on a pool deck four floors below.

Lewis’ girlfriend, Nishia Jackson, was the only other person present at the time of the fatal fall. Jackson said in a Facebook post Wednesday that she watched Lewis as she climbed on a patio chair moments before the plunge, and refuted claims that the two were fighting at the time of the fall.

“She didn’t realize how high up we were, maybe she just slipped! IDK but the lies are SICK!” Jackson wrote.

Girlfriend Refutes Claims The Two Were Fighting, Insists She Did Not Push Her Over Edge

Lewis, who usually “barely drank,” had been intoxicated that night, Jackson recalled, before adding that there was “no way” she could have pushed her over the edge.

“There’s no way I could have pushed her over” the edge, Nishia Jackson wrote in a Facebook post, claiming her girlfriend “was only able to get over because she climbed on to the furniture.” ”

I would have literally had to pick her up & throw her over which is absolutely absurd!” Jackson continued. “WE WERE NOT FIGHTING!”

Lewis’ death was confirmed by her mother on Wednesday, according to Yahoo! News. The DJ, who claimed to be the youngest in Houston and had over 28,000 Instagram followers, had been hospitalized since the fall last week.

So far, authorities have deemed Lewis’ death an accident, however Houston police say an investigation is still ongoing, the outlet reports.

“We Were Far From Perfect, We Had Issues Like Most,” Girlfriend Says

Rumors regarding Lewis’ death have continued to circulate on social media, which Jackson called “very disheartening,” according to her Facebook post. She acknowledged that that couple were “far from perfect” and had “issues like most,” but insisted she would never hurt her.

“I’m aware there are a lot of rumors going around & they’re all very disheartening,” Jackson wrote. “We were far from perfect. We had issues like most however, I would never hurt her whom I love, nor anyone in such a manner.” She added that she was “devastated” by similar rumors that Lewis was intentionally trying to hurt herself.

Lewis’ family has remained relatively tight-lipped about the incident, her mother, Terri Lewis, simply writing “my youngest and only daughter has transitioned, please pray for the family. My heart is heavy and broken,” in a Facebook post on Wednesday.

Meanwhile, her father, Darrin Lewis, told Fox 26 Houston that the family is “going to trust the system, and going to let them do their job” when asked about the ongoing investigation.

Lewis was just 12 years old when she first fell in love with music, according to an electronic press kit. She played the flute and the guitar, before being given a DJ controller as a high school graduation gift.

She eventually began performing as DBaby as a student at Texas Southern University.

“The crazy part about is at the time, I could barely DJ. I saw going to college as a way to reinvent myself and start a new journey,” Lewis told VoyageHouston last year. “The rest is history in the making.”

Police say they are still in the process of interviewing witnesses. A fundraiser is planned in her honor for Saturday, July 16th at Voodoo Seafood.

John Easterling, the husband of the late Olivia Newton-John, is still struggling to make sense of the late actor and{...}

View gallery Image Credit: Matt Dunham/AP/Shutterstock Jason Momoa is proud of his Hawaiian heritage, and he proved it by debuting{...}

Scarlett Johansson is all about that flower power. The actress knows that not everyone understands the name she and husband{...}