When Judge Aileen Cannon granted Donald Trump’s request for a special master to review the documents seized from Mar-a-Lago by the FBI in August, blocking prosecutors from using those documents in their investigation until that review was complete, the legal community did not hold back in its assessment of the decision. “To any lawyer with serious federal criminal court experience who is being honest, this ruling is laughably bad, and the written justification is even flimsier,” Samuel Buell, a Duke University law professor, told The New York Times. Judge Cannon’s decision “was utterly lawless. She has disgraced her position as an Article III judge,” constitutional law professor Laurence Tribe tweeted. “This special master opinion is so bad it’s hard to know where to begin,” wrote former US acting solicitor general Neal Katyal. “Frankly, any of my first year law students would have written a better opinion.” (All of these criticisms were soon lent more weight by a Washington Post report on Monday that said “a document describing a foreign government’s military defenses, including its nuclear capabilities,” was among the materials seized.)

Cannon’s bizarre decision was largely based on the (very flawed) thinking that because some of Trump’s personal items were seized along with the large volume of classified material, the DOJ could no longer, for the time being, use said classified material in its criminal investigation. Which is a lot like someone saying a murder investigation couldn’t move forward because the police took one of the suspect’s favorite T-shirts, in addition to a knife with the victim’s blood on it, when they searched his house. Obviously, this logic makes zero sense, which is why the Department of Justice is giving Cannon a few days to come to her senses.

In a pair of court filings entered on Thursday, the DOJ asked the judge to reconsider her decision, writing that “uncertainty regarding the bounds of the Court’s order and its implications for the activities of the FBI has caused the Intelligence Community, in consultation with DOJ, to pause temporarily this critically important work.” In her special master ruling, Cannon did allow the continuation of a probe being conducted by the Office of the Director of National Intelligence to assess the damage done to national security as a result of classified documents being held at Mar-a-Lago. Arguing that the intelligence assessment was “inextricably linked” with the FBI’s criminal investigation, lawyers for the DOJ requested that the judge allow prosecutors to resume use of the classified documents for their investigation, also asking that such documents be withheld from a special master. Both the public and the government, the department wrote, “are irreparably injured when a criminal investigation of matters involving risks to national security” is stopped or delayed. (It’s also worth noting that the DOJ did not take issue with allowing a special master to go through documents not marked classified.)

In its filing, the DOJ warned that it would attempt an appeal if Cannon did not agree to its requests by next Thursday. While some believe she might do so—which would allow her to avoid potentially having parts of her decision reversed on appeal—others are not sure. As “Politico Playbook” wrote on Friday:

The offer to Cannon presents her with a difficult choice. Her opinion was criticized for failing to fully grapple with the government’s argument that Trump doesn’t own the classified documents he stored at Mar-a-Lago. She lumped all of the seized property together as potentially Trump’s, and gave enormous weight to the argument that any of the documents seized could potentially be subject to privilege claims. She was essentially saying that DOJ couldn’t be trusted and that the special master should sort things out.

From what we’ve seen so far, our bet is that Cannon doesn’t accept this deal outright. Doing so would require her to reverse arguments that she’s already made about potential privilege claims and her (widely criticized) position that Trump could suffer irreparable harm from the investigation itself.

Cannon was nominated to the federal bench by Trump in 2020, owing her lifetime appointment to him. So far that is working out extremely well for the ex-president.

Sanjaya Malakar of American Idol Fame Comes Out as Bisexual Skip to content{...}

The force is with Lee Jung-jae. The Squid Game actor is set to make his Star Wars debut with a{...} 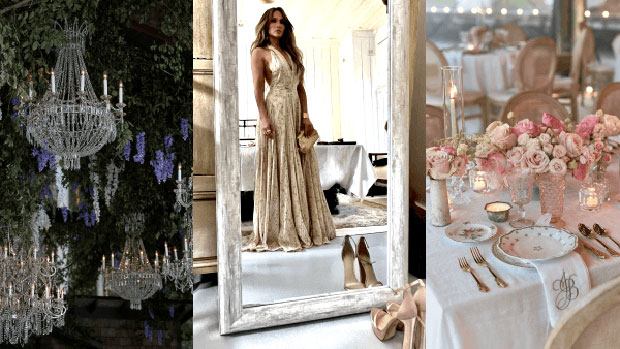 View gallery Image Credit: On The JLo/John Russo The moment we’ve all been waiting for is finally here: Jennifer Lopez{...}