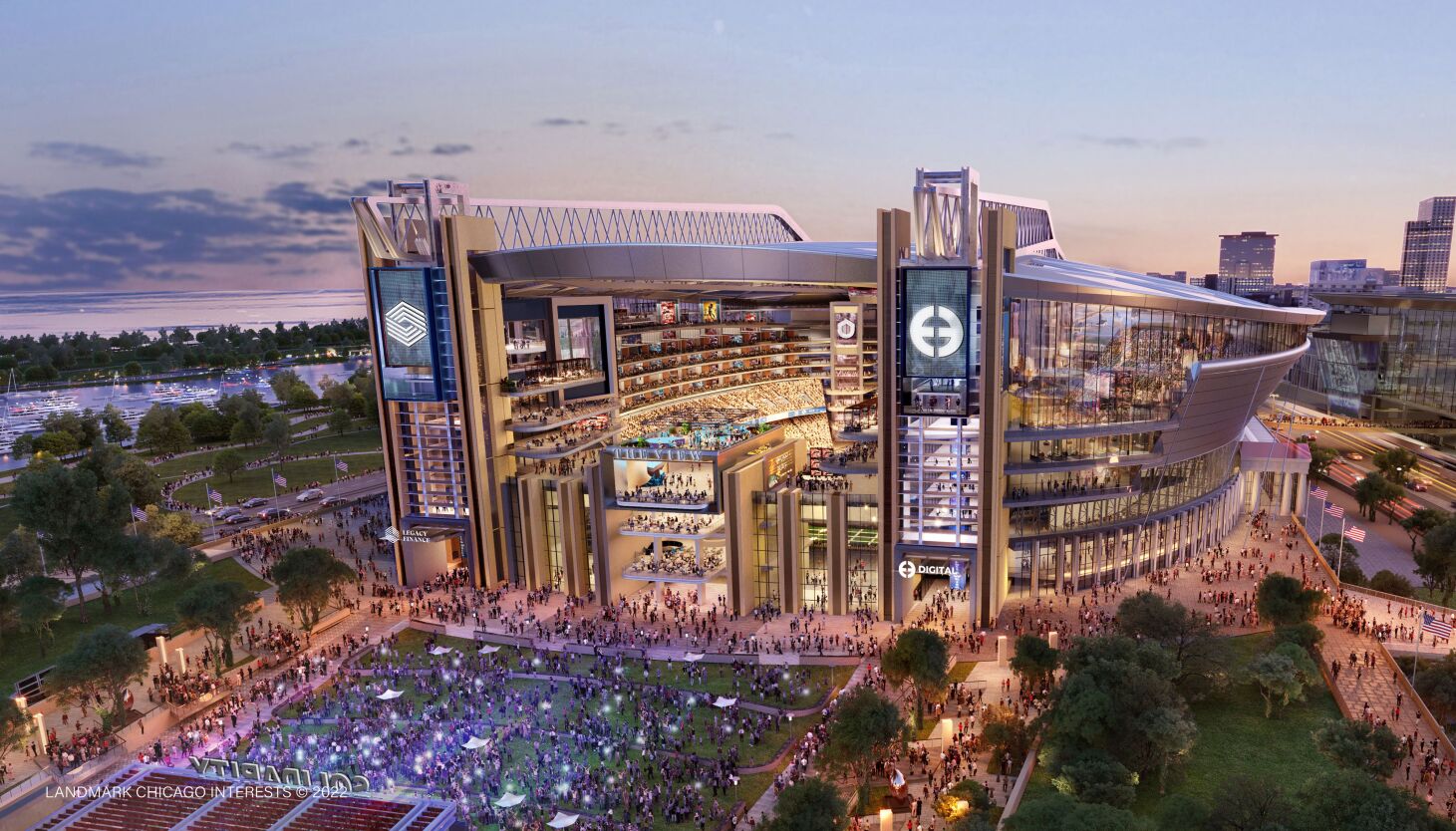 Check out some early photos of Soldier Field.

The stadium originally was a solemn, Greek Revival space that could host a heavyweight boxing match, a college football championship or anything else thrown its way.

Whatever the event — be it the 28th International Eucharistic Congress in 1926 to Catholic and Public League high school football teams squaring off at the Prep Bowl — the stadium itself lent it a bit of majesty, with those stately colonnades beckoning patrons upon arrival and framing the action on the field.

All the schemes — including the $2.2 billion dome option — show a stadium grown to gargantuan proportions that are all wrong for a lakefront stadium.

The colonnades, already overshadowed by the seating bowl built in the $660 million 2003 stadium renovation, would be visually diminished further under new structural elements designed to hold additional seating, club spaces and more.

To Lightfoot, this Brobdingnagian construct trussed up around Soldier Field represents progress.

Instead, it looks more like a desperate attempt to imitate newly built pro sports venues and turn the stadium into a flashy, ’roided-up, hyperkinetic moneymaker.

But rather than making Soldier Field more, the stadium might do well to become not much more, or maybe even a little less.

Soldier Field could still operate as a multipurpose gathering place, but one with uses and design that’s in better harmony with its lakefront location and the Museum Campus.

It wouldn’t remove the oft-derided seating bowl that was added 20 years ago. But it would keep Soldier Field from being forced to participate in the ridiculous game of New Pro Stadium cosplay seen in the latest renderings.

About more than making money

In addition to the dome, the report makes other suggestions, including increasing stadium seating from 61,500 to 70,000, adding six new clubs and having naming rights deals to help pay for it all.

Here’s the problem: Much of this is in service to Lightfoot’s likely ill-placed belief that the improvements can help keep the Bears from moving to Arlington Heights.

But the team publicly stated it is dismissing the city’s proposals because of its pending deal to buy the 326-acre Arlington International Racecourse for $197 million.

If that isn’t reason enough for the city and Lightfoot to move on and think radically different about Soldier Field, what is?

But can’t reinventing Soldier Field be about more than making money? And can’t it serve a higher purpose than keeping the Bears in town?

Especially since the franchise, with its eyes and its pocketbook cast toward northwest suburbia, doesn’t seem to be interested.

Take the time. Do it right

What to do with Soldier Field and the space around it?

The city could make more use of them as an event venue in the warm weather months and fall, possibly taking some of the burden off parks that are being run ragged by big, multi-day outdoor music festivals.

And given there are four major museums nearby, Soldier Field should stress arts and culture — not just sports.

Talking to you too, Lakeside Center. Built in 1971, the convention hall isn’t as vigorously used as McCormick Place’s newer buildings — and it needs at least $400 million in repairs and upgrades.

Its days might be (or should be) numbered as a convention host. But the building would make an impressive cultural hub, as does its twin, the Nationaal Militair Museum, built in 2014 on a former airbase in Soesterberg, Netherlands.

Meanwhile, the mayor is correct in wanting a fresh look at Soldier Field and the Museum Campus. But she’s wrong to consider the report as anything but a first draft.

Two previous governors thought sending the state-owned postmodern building to the gallows was the best choice, citing its maintenance costs.

Turns out all the building needed was time enough for the right buyer (and governor) to step up.

Time can be an ally and a gift. And Lightfoot should use it to come up with something better for Soldier Field — and the city.

Lee Bey is the Chicago Sun-Times architecture critic and a member of the Sun-Times Editorial Board.

Want to write a letter to the editor or submit an op-ed for the Sun-Times? See ourguidelines. 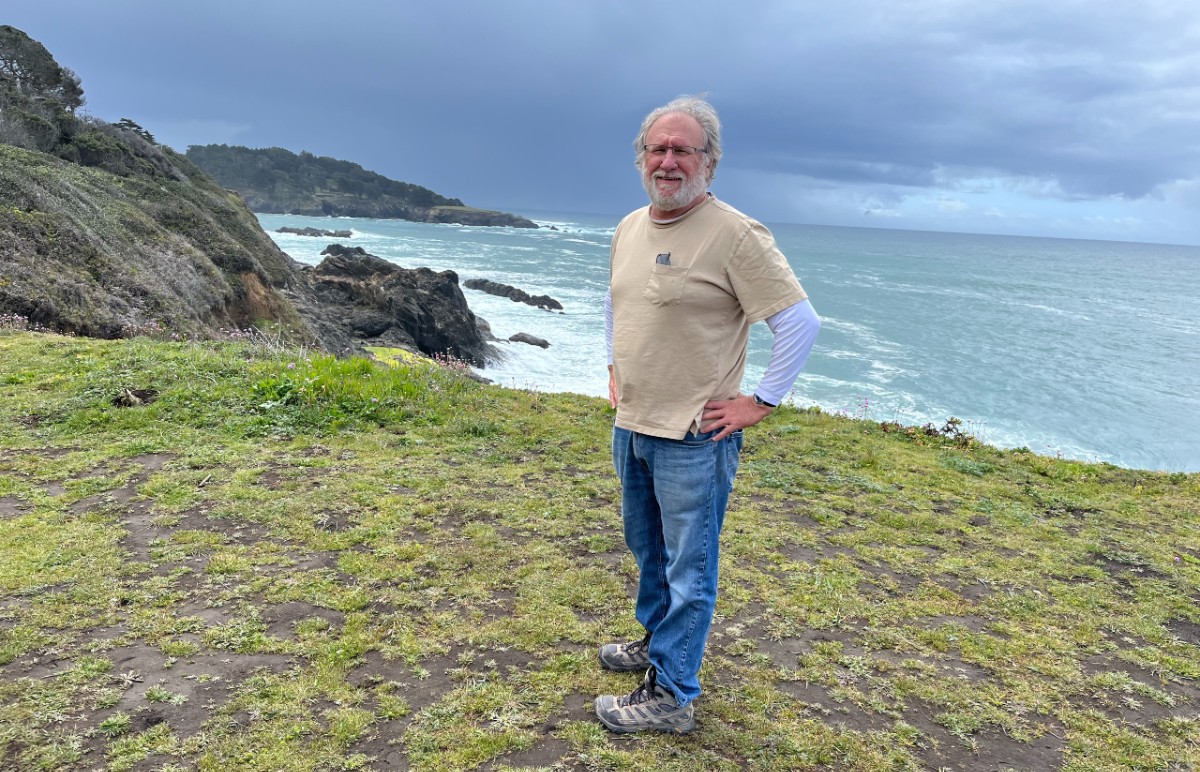 Joe Guerin in Mendocino County. Joe Guerin spent his 40-year career as a newsman before retiring last year. He worked{...} 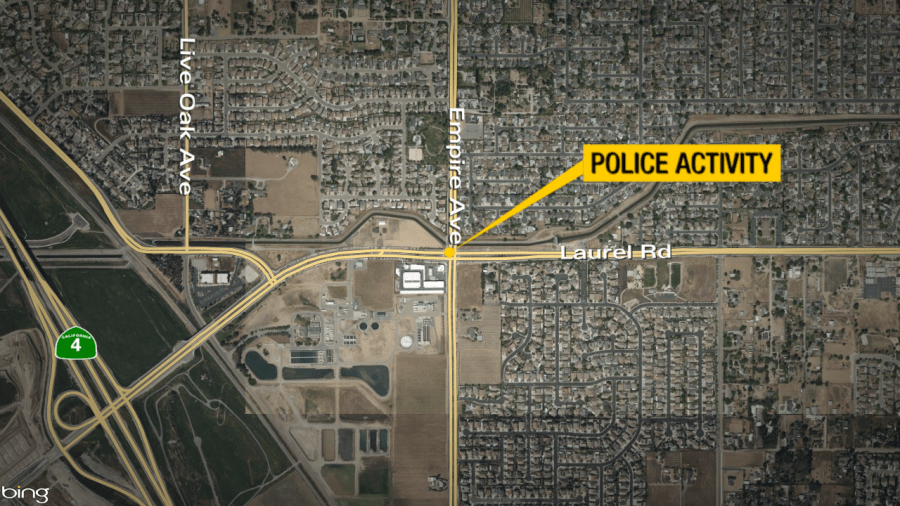 OAKLEY, Calif. (KRON) — The City of Oakley announced there is “major police activity” taking place at a busy intersection{...}