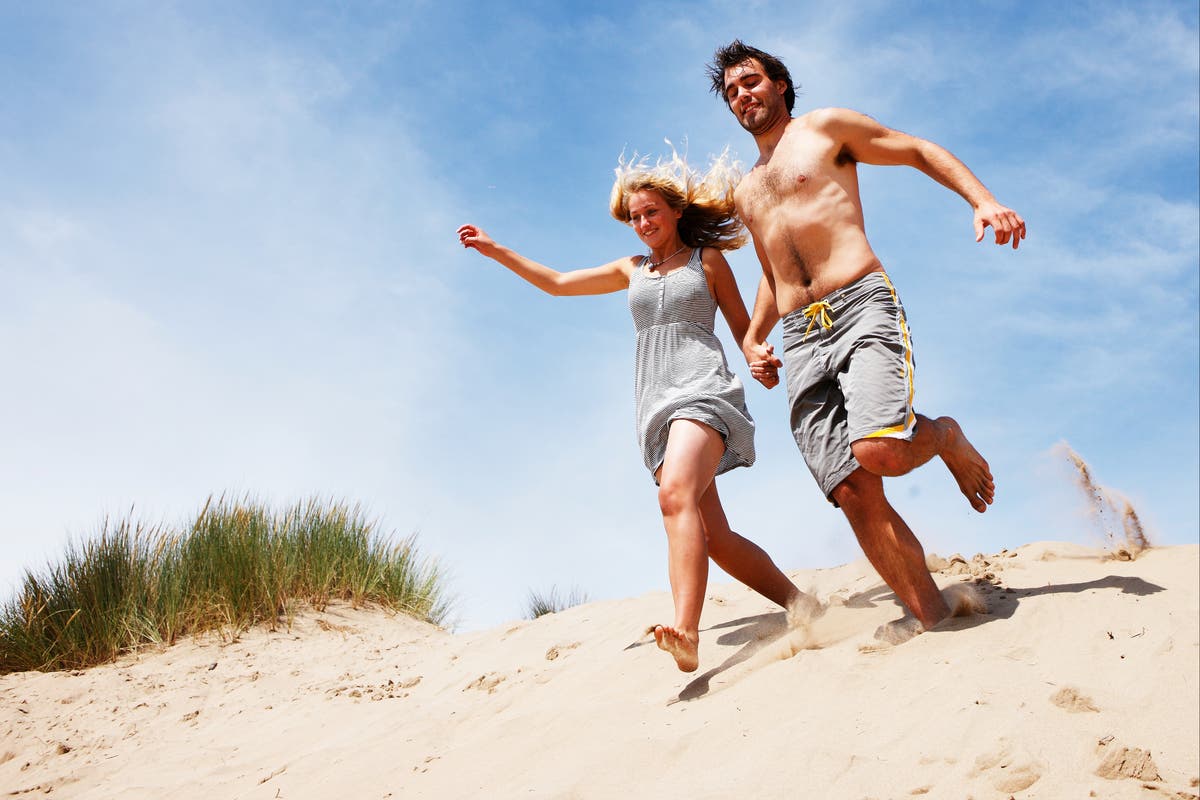 Don’t be a basic beach! The most secret seaside spots a short day-trip from London

orn between the hellscape that is your flat in 34 degree heat and Brighton beach in 34 degree heat? Swerve both. Believe it or not, even the country’s most popular stretches of coastline have hidden secrets, if you know where to look.

From secluded swimming spots in Sussex to golden sandy beaches just off the Piccadilly Line, these are some of the most beautiful beaches hidden in plain sight within a day-trip of London.

USP: Live music in all the pubs – and Charles Dickens lived here

If you can still be coerced into a swimming costume after chowing down on Morelli’s famous chocolate ice cream sundaes (a must) grab a bottle of vinho verde from The Bottle Neck and head to Botany Bay. This golden-sanded beach is sandwiched between two imposing white chalk stacks and rarely gets overcrowded. The low tide and iridescent rock pools make it the perfect place to search for fossils, fitting for a place so steeped in history.

USP: 79 acres of shingle and a protected nature reserve

Stowed away down a narrow winding lane off the A259, it’s no wonder Climping Beach goes unnoticed. Like most of the beaches in this neck of the woods, it’s made of a shingle, but unlike nearby Littlehampton it’s surrounded by verdant fields and sand dunes, making you feel a million miles away from civilization despite only being a speedy 50-minute drive from London. As well as being a designated Site of Special Scientific Interest, Climping’s claim to fame is it featured as the backdrop for several episodes of Doctor Who in the 60s and 70s. Nowadays you’re more likely to find starlings nesting here than any TARDIS’.

Unlike its ancient neighbour, home of the battle and loads of dead Harolds, St Leonards is relatively young for a seaside town. Purpose-built in the 18th century by famed architect James Burton, who was responsible for developing most of Bloomsbury and Regent’s Park, St Leonard’s became the seaside go-to for artists and writers including Turner and Dante Gabriel Rosetti (it was basically the pre-Raphaelites’ answer to Soho Farmhouse).

After a golden age as the most exclusive resort this side of Sussex, the town deteriorated in the 1980’s and 90s, but has been undergoing a quiet renaissance in recent years. The main beach won a Blue Flag award this year, is never busy and is flanked by farmer’s markets, mouth-watering seafood restaurants, bucolic parks and enough Georgian architecture to keep even the most avid Jane Austen fan placated until the next adaptation of Persuasion.

Time from London: 60 minutes by Tube from central London

It’s an unusual one, the feeling of sand between your toes on the Piccadilly Line. But that holiday feeling is precisely the beauty of Ruislip Lido, a secret sandy beach in north-west London at the end of the Metropolitan and Piccadilly Lines. The manmade oasis sits on the southern shores of a beautiful 60-acre lake in the middle of Ruislip Woods, a 283-hectare nature reserve of ancient woodland that’s twice the size of Hyde Park.

The jewel in its crown (aside from the miniature train ride around the edge of the lake)? A golden sandy beach, complete with a charming children’s playground with a giant wooden pirate chip for kids.

Time from London: 45 minutes by train then a 50-minute bus, 60 minutes by car

It’s only an hour from London, but somehow it feels like it’s at the edge of the world – at least that’s the description by regulars, who say the island can feel like a “horror movie” on grey days as it’s so secluded (the dilapidated fort and towering power stations on the horizon add to the end-of-days feel). Choose a sunny day, however, and it’s a beach, bird and dog-walker’s paradise.

The pet-friendly beach sits between the Thames and the River Medway, on the eastern tip of the Hoo Peninsula, and looks out over the Isle of Sheppey and Canvey Island. There’s a mix of sand and shingle and it’s right on the newest section of the England Coast Path, a 47-mile stretch running from the hamlet of Grain to Woolwich in southeast London.

The best thing about Shoreham being so popular with kitesurfers? The actual beach is rarely full. The shingle, sandy and pebbly beach – a nature reserve since 2006 – rarely comes close to competing with Brighton’s hoards down the road, and has easier parking.

Wander the nature reserve or along the boardwalk to Shoreham Fort, or have a proper leg-stretch and follow the coastal path to Lancing. Beach huts here go for as much as £65,000. 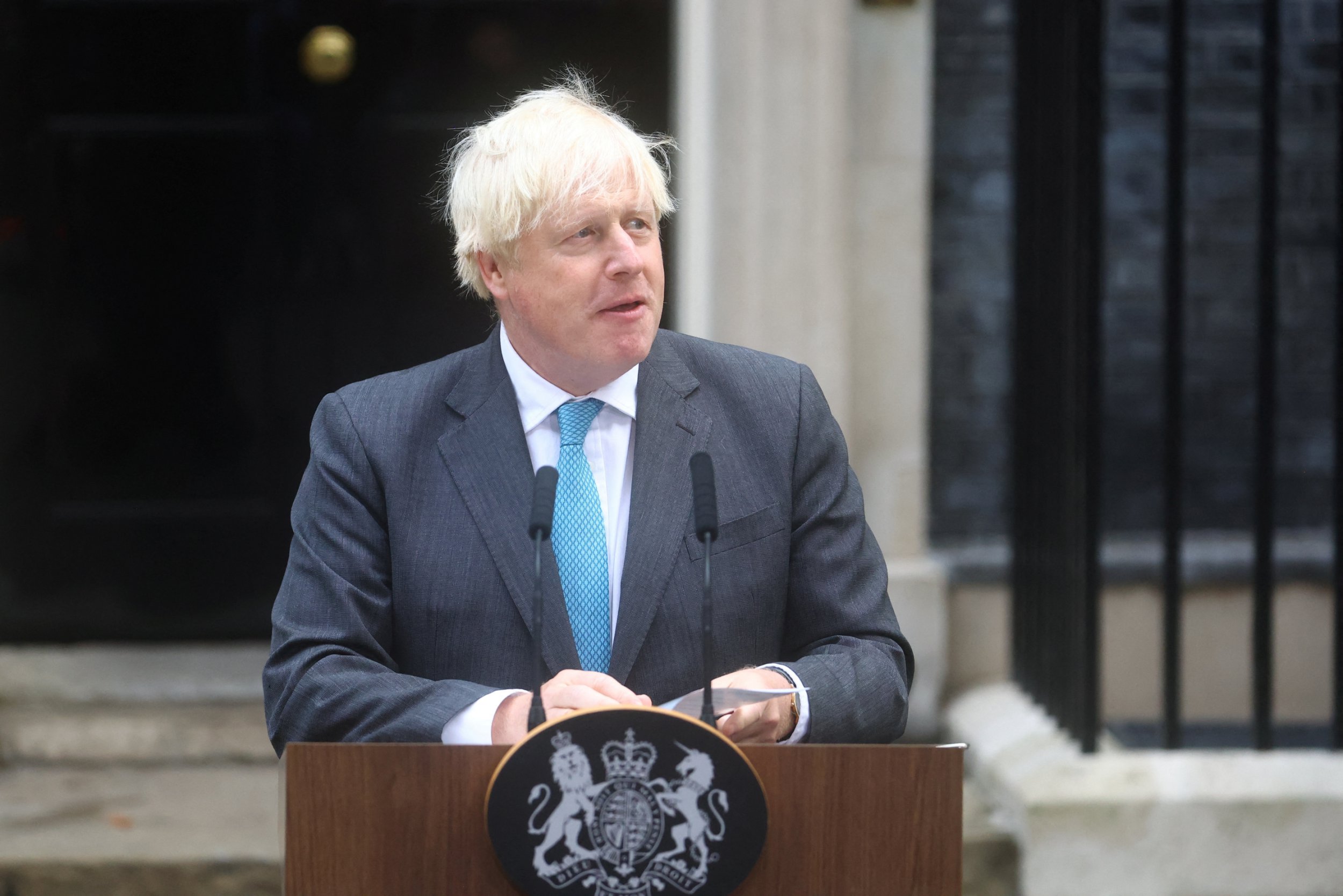 When Boris Johnson officially stepped down as Prime Minister on 6 September, it always seemed unlikely that he would be{...} 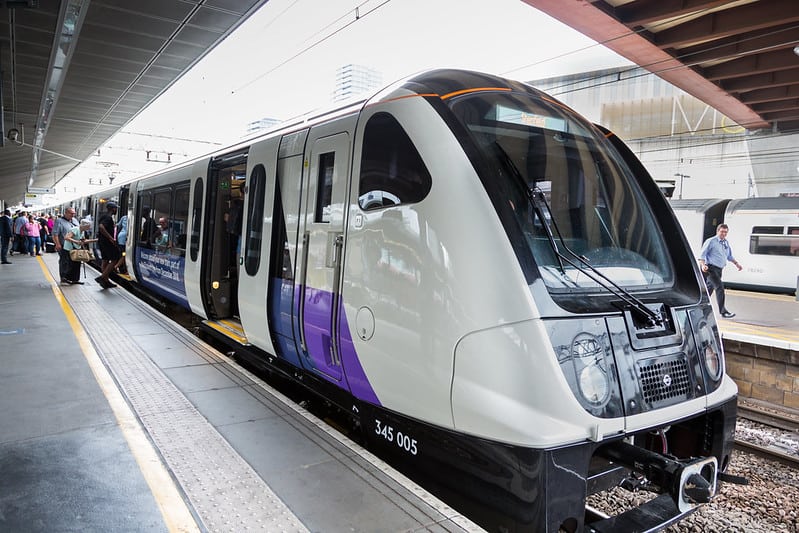 Passengers travelling into London from Reading using the Elizabeth Line will no longer need to change at Paddington, after the{...}

Labour has pledged to strengthen the BBC’s political independence and retain it as a publicly-owned, public service broadcaster at the{...}