I’ve got you covered: Heartwarming moment driver leaps out of his car to give an umbrella to couple pushing wheelchair in a downpour

By Isabella Nikolic For Mailonline

This is the heartwarming moment a driver leapt out of his car to give an umbrella to a couple on the sidewalk pushing a wheelchair in the rain.

Another driver captured the kind moment with their dashcam on Constitution Avenue in Washington DC on April 14 at 4.09pm.

Footage shows the couple standing next to a wheelchair on the side of the road as rain pours down and the wind blows. 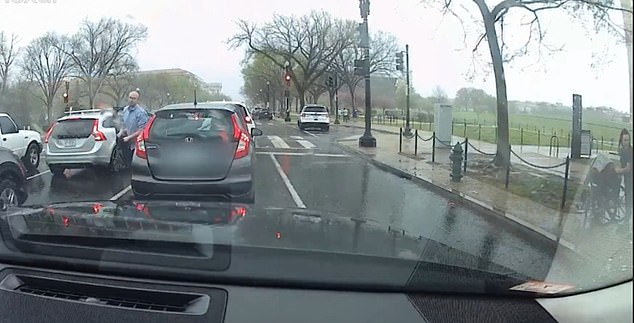 The driver of a car ahead got out and walked over the soaked couple at 4.09pm 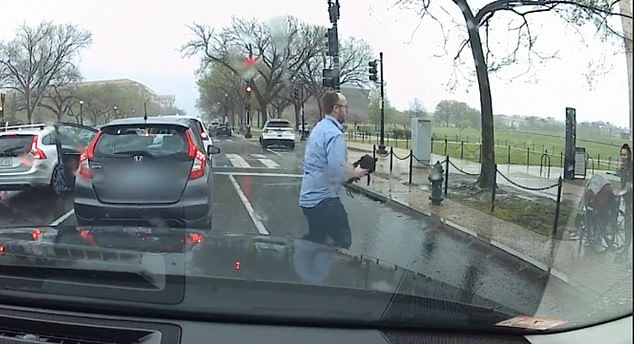 The person in the wheelchair appears to have been covered with some sort of blanket to attempt to protect them from the rain.

But the couple are exposed to the elements even though it appears they have stopped under a tree to try and take cover.

The driver is seen jumping out of his car wearing just a thin shirt and running over to the couple while clutching an umbrella. 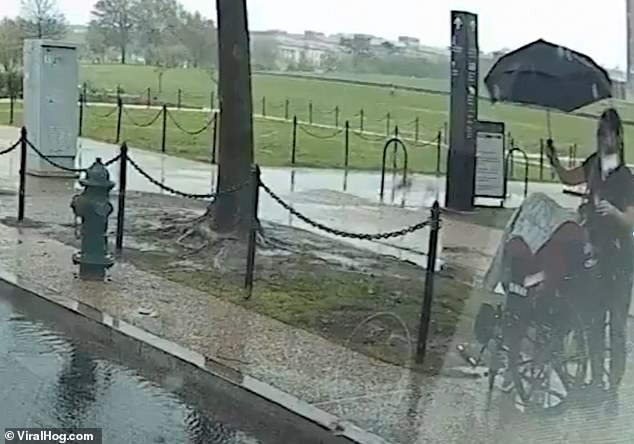 He hands the umbrella to the pair who appear very thankful and then dashes back into his car.

The woman puts up the umbrella and then holds it over the person in the wheechair.

The video of the kind-hearted stranger has since gone viral and received 84,900 upvotes on Reddit alone.

One user remarked: ‘Definitely need more people like this,’ while another agreed: ‘I live random acts of kindness like this.’

The driver who captured the moment on their dashcam said: ‘I was driving East on Constitution Ave in Washington DC when my dashcam caught the driver ahead of me jumping out of his car to give an umbrella to a couple on the street getting soaked.’