Fraudster banned from every Asda in UK after stealing £ 4,000 in goods by scanning carrier bags instead of groceries in self service checkout scam avoids jail

By Matt Powell For Mailonline

A fraudster who stole £ 4,001 worth of goods in a self-scan scam at ASDA supermarkets has been ordered to repay every penny – but avoided being sent to prison.

Kenneth Hollis, 43, would select carrier bags on the checkout, press the pay option without having scanned his shopping first and then simply bag up the items and leave.

He initially carried out the first theft accidentally, but when he realized he had ‘got away with it’ he went on a four-month fraud spree targeting different stores, as bailiffs chased him for debts.

But an ASDA analyst clocked on to his scheme which ultimately led to his arrest.

Kenneth Hollis (pictured outside Birmingham Magistrates’ Court), 43, has been given a suspended prison sentence and ordered to repay the £ 4,001 worth of items he scanned as carrier bags 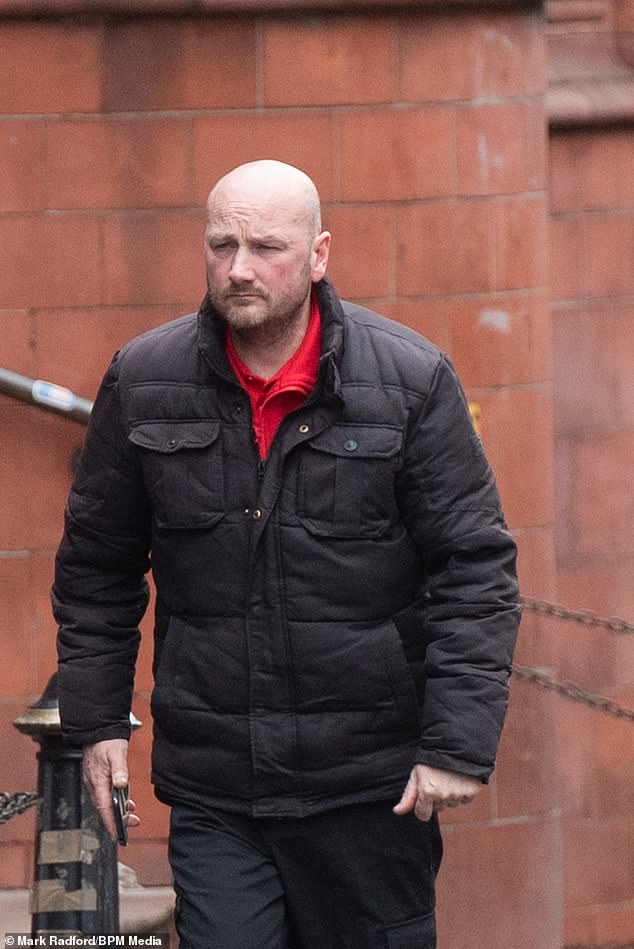 Between October last year and January this year Hollis stole £ 322 worth of goods from a Dudley store, £ 1,186 of items from a Birmingham branch, £ 893 of products from the supermarket in Tipton, £ 795 worth of Oldbury and £ 805 of goods from the Halesowen branch.

At a previous hearing Hollis, of Vicarage Prospect, Dudley, admitted five charges of fraud by false representation and an offense of driving without insurance.

Yesterday, Tuesday, April 12, at Birmingham Magistrates’ Court he was sentenced to 26 weeks in prison suspended for two years

He was also told to pay ASDA £ 4,001 in compensation, complete a ‘thinking skills’ program and attend 30 days of rehabilitation activity.

Prosecutor Neelam Shafiq said: ‘The fraud took place over four months. It was highlighted by an analyst at ASDA’s intelligence center who found discrepancies at a number of ASDA stores.

‘Mr Hollis was alleged to have committed these. He’s entered the stores as a customer, selected items from around the stores, putting those into the trolley then he goes to the self-scan checkout. 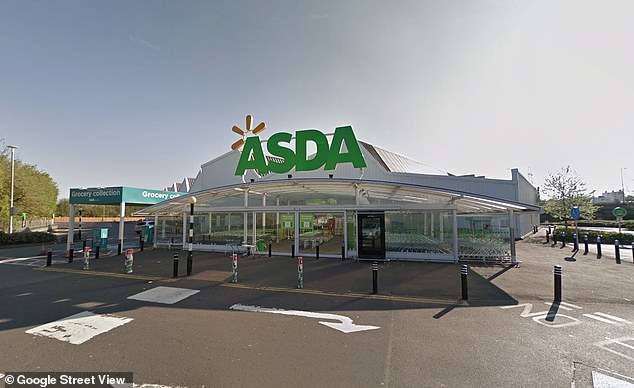 Hollis is now banned from every ASDA in the UK after his thefts from five stores (pictured: Tipton ASDA, where he stole £ 893 of products from)

‘He selected the bags from the checkout scanning those bags then clicking’ finish and pay ‘, bypassing the weighing scales. He has proceeded to bag up the items without scanning them, then left the stores. ‘

Sam Christopher, defending, said: ‘Why did he do it? He bought shopping from ASDA. Initially he scanned the bags first and pressed pay to complete the transaction.

‘He should have told the shop but did not and realized he could get away with fraud. He was struggling.

‘He was paying off debts. He got in arrears with his rent and bailiffs were involved. He has resolved that. He went around local ASDA’s having got away with it. To his credit since it has come to light he has done everything right.

‘He held his hands up in an interview. He has pleaded guilty. ‘

Mr Christopher added that Hollis was ‘scammed’ on Facebook and thought he had paid to insure his car but in fact he had not.

Passing sentence District Judge David Murray said: ‘It’s a serious fraud over a number of months. You used a motor vehicle on at least one occasion which was uninsured.

The court was told the crime was ‘sophisticated and sustained.’