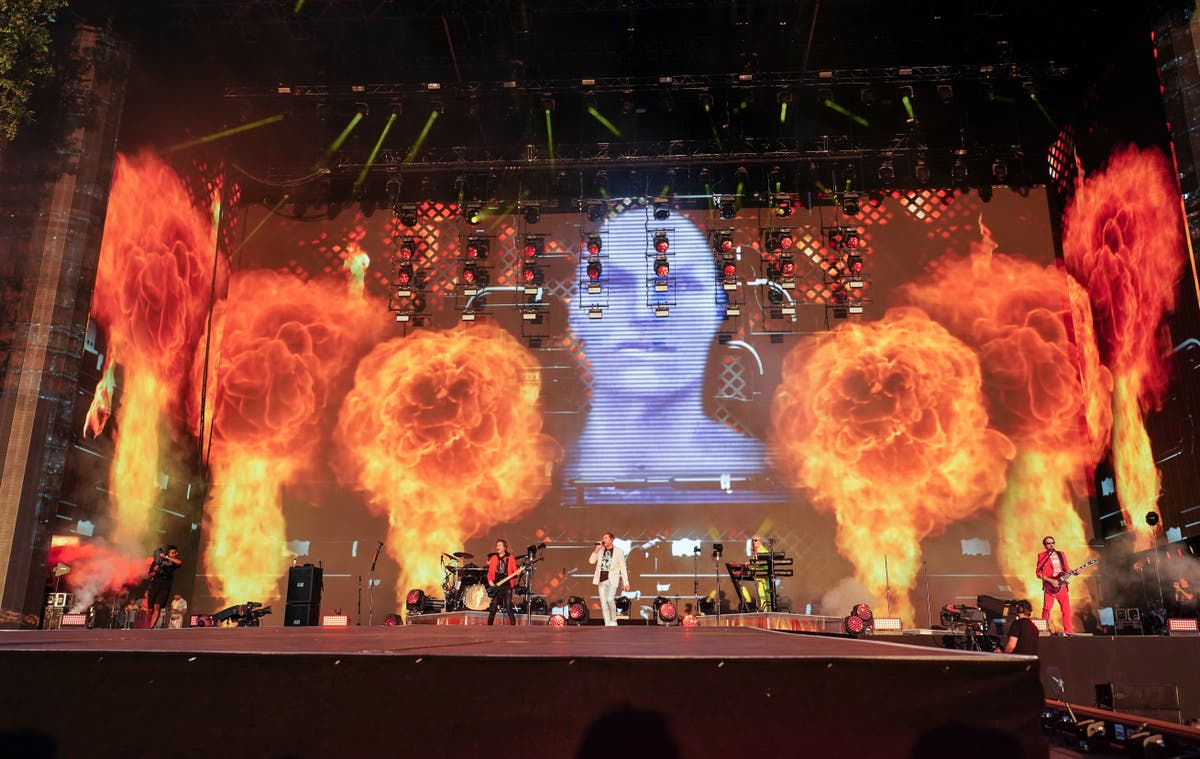 In the first week in two years that the government hasn’t fancied a crafty knees-up, British Summer Time throws the afterparty of their wildest dreams. In the past fortnight, the likes of Adele, The Rolling Stones, Elton John and the Eagles have each set up camp beneath the gigantic fake tree growing out of the Hyde Park stage. This afternoon, Nile Rodgers kicks off the wrap party with his customary disco-pop montage of hits written for Chic, Sister Sledge, Diana Ross, Bowie, Daft Punk and Madonna.

“Have you got any gas left in the tank?” ask Simon Le Bon, as Eighties new romantic heartthrobs Duran Duran round off one of the festival’s finest years with a blast of top-end Eighties nostalgia. Hyde Park, it turns out, has enough gas left to solve the cost-of-living crisis single-handed.

Taking the stage in a variety of bright pink and yellow suits, silver trousers, and red jackets that make them look like a flock of sci-fi Angry Birds, Duran Duran throw themselves into a rigorous “Wild Boys” with such copious flame effects that those at the back probably think Le Bon has spontaneously combusted. What’s immediately apparent is how relevant and alternative these early hits sound today. With their classic synthetic rock sound adopted by The Killers and Muse, and Nick Rhodes’ serenely gothic synth tones at the core of modern alt-pop, Duran Duran have undoubtedly brought music around to their way of sizzling. Even when they pull out “A View to a Kill” early on – Rhodes’s synth lines sounding like bullets whizzing past your ear – it’s only the Bond strings and John Taylor’s slap bass that carbon date it to 1985. Were they just slightly more menacing, noir-pop tracks such as “Save a Prayer”, “Union of the Snake” and “Hungry Like the Wolf” would be ripe for rediscovery on Stranger Things.

Which makes it all the more frustrating when songs such as “Give It All Up” and “Tonight United” from last year’s Future Past album – co-produced by Marc Ronson, Giorgio Moroder and Erol Alkan – try to chase down contemporary dance-pop, or when they tag a winking chunk of Calvin Harris’s “Acceptable in the Eighties” onto “Girls on Film”. At such moments, they seem wilfully behind the times, blind to the cult respect they could be earning just by being themselves.

But this isn’t the night for cultural reinvention. This, Le Bon reminds us, is “a celebration”, and one they lead with relish. He invites “honorary member of Duran Duran” Nile Rodgers back onstage to add his disco upswing to ‘Notorious” and “Pressure Off”. They don’t have to float too far from their big hits to find themselves in fairly tepid waters – dreary soul-funk ballad “Come Undone”, say, or the schlocky “Friends of Mine”, playing up to their hammy horror undertones with classic clips of vampires, werewolves, mummies and aliens. But those plentiful hits are never too far away: “Planet Earth” (the 1981 debut single where new wave and funk bass fatefully collided), “The Reflex” and a stirring “Ordinary World”, a song about “holding onto our faith in humanity” performed before screens full of Ukrainian flags.

Despite the band’s well-documented battles with addiction, a gritty cover of Melle Mel’s “White Lines (Don’t Do It)” inevitably comes across as cheesy, from the ultimate yacht pop band who reportedly made a habit of ordering cocaine on room service in the Eighties. Yet it perfectly cues up an energised finale of “Rio”, sending BST 2022 off with the Copacabana sands between its toes. These wild boys still have bite. 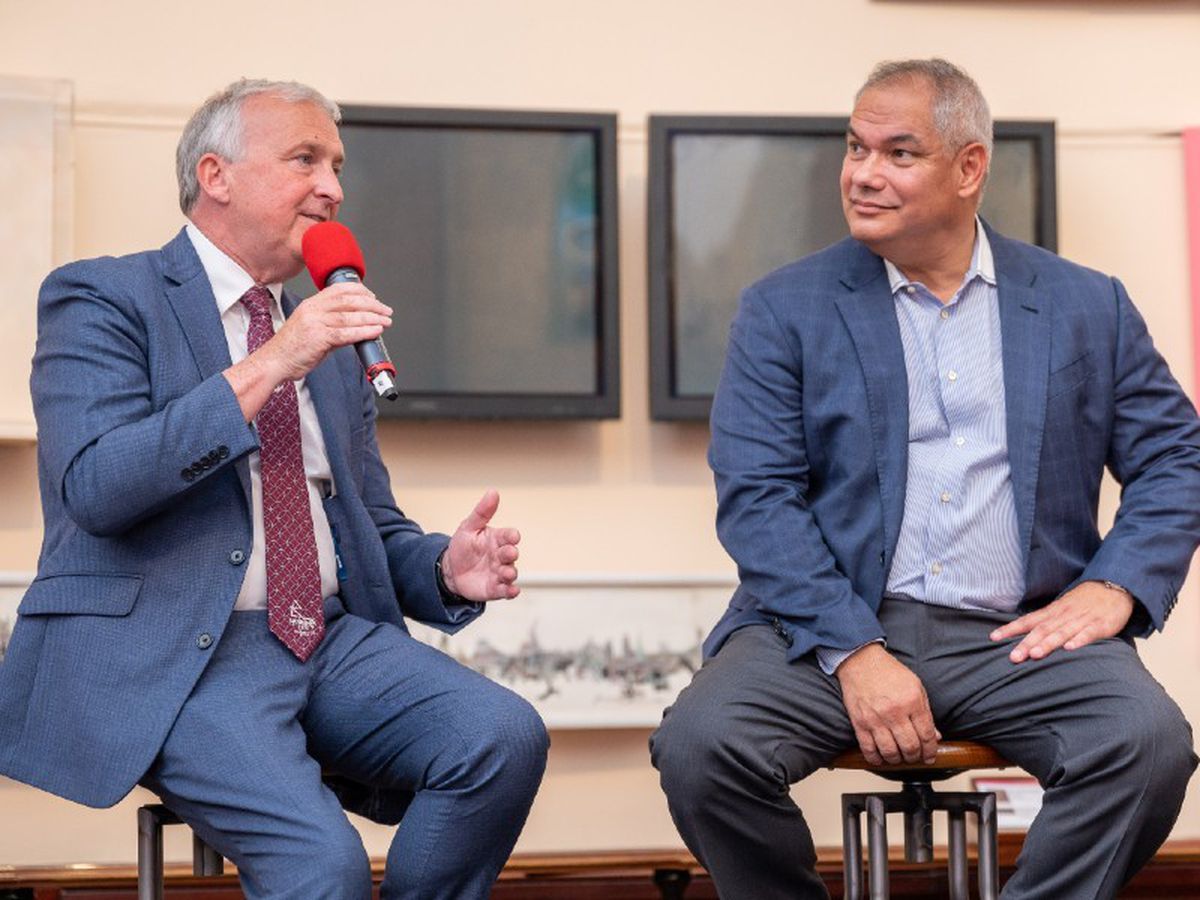 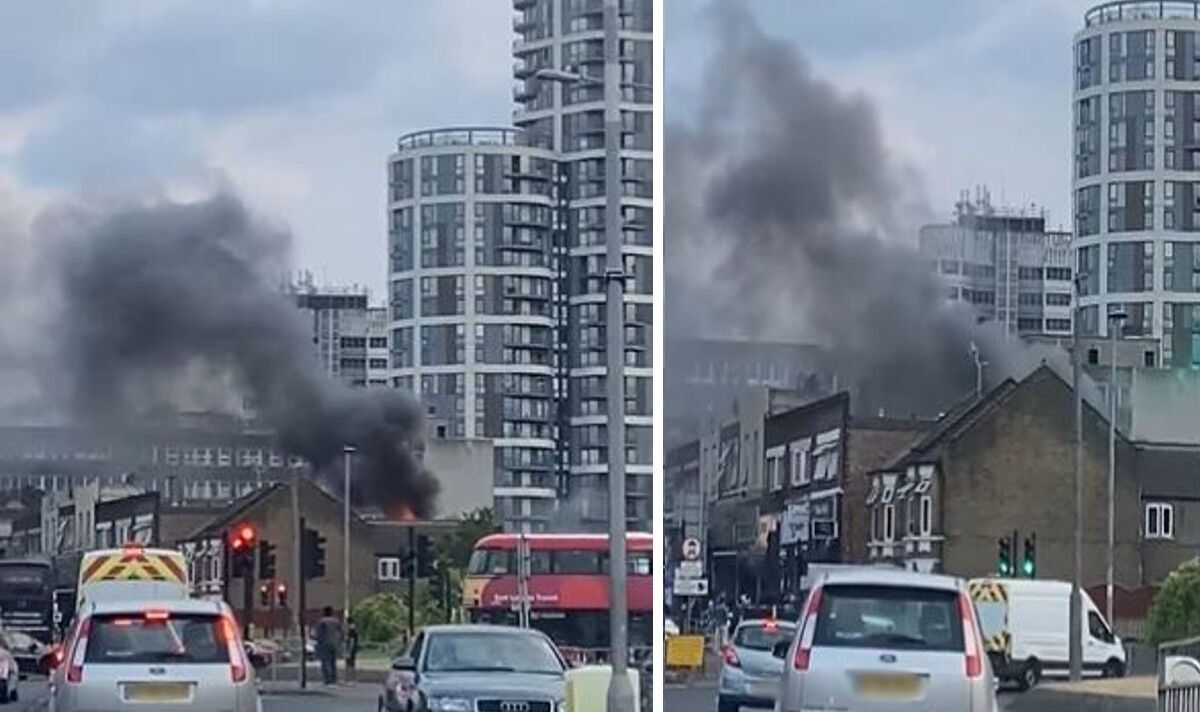 The blaze started at the Chicken n Rice restaurant on 33 Longbridge Road, near the underground station. The London Fire{...}