People came from across the south east of England to take part in a cycling event in Newham.

Martin Jarvis, public relations officer for the club, said: “It started off as kids trying to impersonate speedway riders after the war when there were bombsites all over London.

“It used to be a lot bigger. We used to have five to six teams in Newham and now we’re just down to the one. We’ve got the track and we’ve been here since 1986 but a lot of riders have disappeared and we’re finding it hard to try and get riders back to restart the team properly.

“It’s progressed really well and we’re part of British Cycling as well but it’s just a Cinderella sport now compared to what it used to be.”


There are cycle speedway clubs across the country but the number of those engaging in the sport is decreasing
– Credit: Sidney Stanley

According to Martin, sports teams across the country are taking a hit, “mainly due to the kids not wanting to go out anymore; they’re quite content playing on their computers”.

Within the south east cycle speedway Grand Prix series, Martin said there were 10 teams from Ipswich, Norwich, Eastbourne and London.

Martin, who has represented Great Britain in cycle speedway fixtures internationally, said the sport usually involves two riders from each team competing in a group of four.

It is generally an outdoor sprint race around a track 70 to 90 metres long.

Participants competed within categories from under-eights to veterans and in mixed gendered teams.

Team manager for Great Britain Allan Busby also made an appearance and won the veteran category, despite recent illness.

According to Martin, Allan and his brother Darren spent many hours getting the track back in shape as it had not been used for 18 months.

The East London Cycle Speedway Club generally trains on Wednesdays, although the team can book the track on other days, and sessions are free.

People of all abilities are encouraged to attend and you can get in touch with the organisers here: https://www.facebook.com/Eastlondoncsc/.

Police have named a 23-year-old who has died following a hit-and-run incident in County Antrim last weekend. tefan Morrow (23){...} 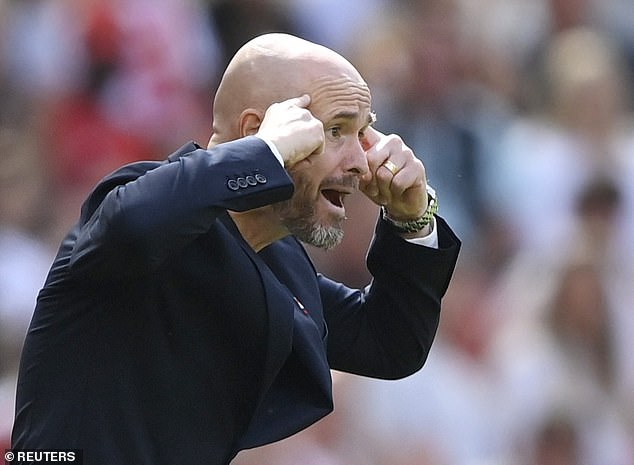 When Erik ten Hag arrived at Manchester United this summer, I was encouraged by his early comments about being a disciplinarian.{...}

Energy companies that cannot offer lower bills should be temporarily brought into public ownership, Gordon Brown has said, in a{...}