Ellie Goulding has called on people to “step up” and “claim” their place in the climate crisis movement during Billie Eilish’s inaugural climate event.

The 35-year-old singer delivered the keynote speech on the first day of the Overheated event being held at London’s O2 Arena.

During the address, she spoke of the backlash and loss of social media followers she experienced when she began campaigning about the issue, but said she carried on as she feels she has such a “strong connection to the planet”.

The Love Me Like You Do singer explained that when she began expressing her “fears and hopes” about the planet a few years ago she could not understand why so few people in her industry were talking about the climate crisis.

She said: “I started getting a kind of backlash to begin with. It felt weird because everything I said seemed to have really huge repercussions and apparently saying out loud that I was frightened for our future was a big deal.”

In 2017, she joined the UN environment program as an ambassador and has gone on to campaign about the issue and deliver speeches at conferences with representatives from across the world.

The singer explained she had a number of reasons for continuing to speak out about the climate crisis including her passion for the planet and not trusting some of the figures who were speaking out on the topic.

She said: “I found their reassurances not very reassuring, as I’m sure you can relate. Too many old dudes with strong connections to the oil industry for my liking.”

Goulding noted her third motivation was the youth climate and environmental activists she had met along the way.

She thanked the young people who have helped make the climate and nature crisis a priority with official bodies, describing them as her “heroes”.

Addressing the room and the YouTube viewers watching the live stream, Goulding said: “I ask for you to step up and claim your place in this movement and there are a million ways to do this.

“So don’t worry if you’re an introvert like me, believe it or not, or if you hate TikTok, a lot of people do, I get it.

“But I promise there is a ‘you’ shaped hole in this global movement where you get to choose your future.

“And I really believe this global movement is already unstoppable. It’s already bigger and more impactful than any other youth-based movement that has ever existed.

“I know it’s still too hard to be heard and to join the decision making but that is changing. And I know I’m only one person, but I’m doing everything in my power to make sure that you guys get a seat at the top table.

“You don’t just inspire me, you also represent the most precious thing in my life, which is my one-year-old son Arthur. I’m sure he could he would thank you personally, but he can’t talk yet.

“I know it sounds like there’s a lot of work to do and it does seem really really overwhelming. I get it. But working together we do stand a chance.”

The climate panel event was introduced by Eilish’s mother, campaigner Maggie Baird, who also sat on a panel about the benefits of a plant-based diet.

Also among the speakers was Wawa Gatheru who delivered a speech on where the planet is with climate change, with BBC radio host Abbie McCarthy hosting the event.

While Samata Pattinson, the CEO of Red Carpet Green Dress, interviewed Uncharted star Tati Gabrielle and Eshita Kabra-Davies, founder of the fashion rental app By Rotation, about the relationship between fashion and sustainability.

Over the course of the six days, there will also be live performances, a documentary screening, and opportunities for the public to take climate action.

The short documentary about Overheated’s mission will feature Eilish and her brother Finneas, as well as other members of the music community, including Norwegian singer-songwriter girl in red, singer Yungblud, Glastonbury Festival co-organiser Emily Eavis, and fashion designer and environmental activist Dame Vivienne Westwood.

As part of Eilish’s residency, the O2 Arena revealed on its website that, in collaboration with its catering partner, Levy’s, it will be going “100% vegan” on food.

Eilish, who has been vocal during her career about being vegan, has titled the event after her song Overheated from the 2021 album Happier Than Ever.

The event is coinciding with her album tour dates at the London venue, with the first three shows taking place from June 10 to 12. 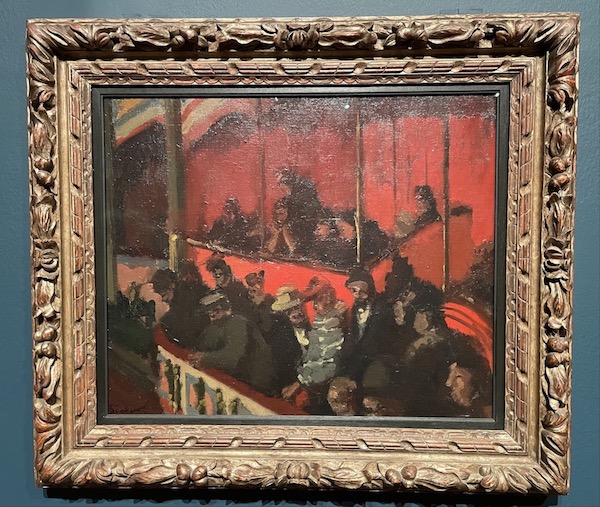 UK News
The EU will retaliate against any unilateral action in relation to the Northern Ireland Protocol, warns Coveney