Some of the measures that European governments have taken to keep electricity costs down can be described as a “Ponzi scheme,” said Dan Brouillette, who served as energy secretary under the Trump administration.

“One of the easiest policy levers if you will, is that you can pass a bill, appropriate money and give money to citizens to pay their electricity bills,” Brouilette told CNBC’s Hadley Gamble on the sidelines of the Gastech conference in Milan on Monday.

He warned that such measures could have an “inflationary impact.”

When asked about whether such measures resemble a Ponzi scheme, Brouillette replied, “You could describe it that way. There’s no question about that.”

“It alleviates the immediate pain of not being able to pay the electricity bill, but the money just moves in a circle … It just goes from the consumer to the electricity company … it’s not a long-term solution,” he added.

The former energy secretary said consumers can expect higher energy prices in the near term.

Oil markets around the world are “very tight,” and more oil is going to be used for heating and other purposes as winter approaches, said Brouillette. The prospect of an energy squeeze comes as Saudi Arabia hints at cutting its oil output.

The answer to alleviating the scarcity is to “produce more,” said Brouillette.

“If we can produce more, create more infrastructure development in the United States, in Europe — that is the ultimate answer to the questions.”

He added that it’s important that United States return to pre-pandemic levels of production.

“We are still roughly … a million and a half barrels short per day of what we were producing just two and a half, three years ago. So I think it’s very important that we get back to that number.”

Joseph McMonigle, secretary-general of the International Energy Forum, also said that oil supply is still lagging behind demand. “A lot of people think the gap between supply and demand is all OPEC or OPEC+ but half of that is still from U.S. producers,” he told CNBC’s “Capital Connection” on Monday.

Brouillette added that it was a “strange request by the [Biden] administration” to encourage U.S. oil producers to stop their exports and prioritize American consumers.

Brouillette said such a move is “impossible,” because the oil market is in “backwardation.” Backwardation is when the current price of a commodity is trading higher than its futures price. That, according to him, means that producers have more incentive to put their product in the marketplace. He added that publicly traded companies that are in America have fiduciary responsibilities to their shareholders.

This frame grab from eyewitness video footage made available via AFPTV on November 27, 2022 shows demonstrators shouting slogans as{...} 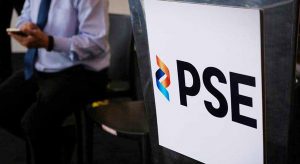 PHILIPPINE SHARES rose month on month in October despite being in the 5,000 level in its first two weeks amid{...}

Thanks to technology, walking into a gambling house before one can partake in any betting activity is now gradually phasing{...}